Note: This post about Sibelius 8 is from April 2015. Visit the Scoring Notes Product Guide to read about the latest updates to Sibelius. 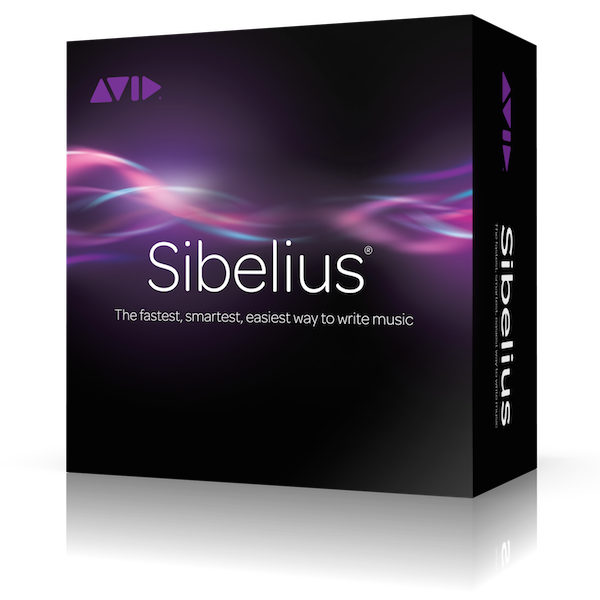 Avid today announced plans for the next version of Sibelius and, with it, plans for future Sibelius upgrades and licenses. Sibelius version numbers, like the symphonies of its namesake, will end at 7 (well, technically 7.5). Going forward, Avid plans to move away from version numbers with Sibelius and instead offer more frequent releases, which will likely be less comprehensive than previous major releases but also have the potential to be more responsive to user requests and changes in technology.

The Surface Pro 3 has been receiving a lot of attention from music notation aficionados recently, thanks to the new Windows app StaffPad, a music handwriting recognition tool which makes full use of the tablet’s features and active pen-and-touch technology.

The next Sibelius version will also take advantage of the pen technology, by allowing users to add, select and delete objects in the score. We haven’t yet seen this in action, but one can envision the process being very similar to how StaffPad works for music that has been rendered in its scores.

Users will be able to add annotations in the next version of Sibelius, allowing you to draw directly on the score using a mouse, trackpad, USB tablet, or Surface Pro 3 Pen. There is good potential for this to be an effective tool for collaborators and educators, or simply to jot a note to oneself. Annotations will be grouped intelligently and always attached to the bar you add them to, and that the annotation layer can be optionally hidden.

If you use annotations to write in musical markings, however, it does not appear that they will automatically convert into Sibelius’s customary musical or text objects; you’ll need to input those in the usual way.

Windows users will be getting some more improvements from the next version of Sibelius, as it will support DPI scaling on Windows displays that support it. Sibelius already supports Retina Displays on Macs.

The PhotoScore Lite software from Neuratron that comes bundled with new versions of Sibelius will include support for NotateMe Now, and the upcoming PhotoScore Ultimate 8 will include the full suite of NotateMe features.

Owners of the Surface Pro 3 — and those with their eyes on one — must be feeling the love with the back-to-back announcements of StaffPad and the new Sibelius features, including NotateMe and PhotoScore. A workflow that involves beginning scores by handwriting them in StaffPad or NotateMe and then polishing them in Sibelius — all on one device that takes full advantage of the active pen-and-touch technology — will soon be possible in a way it wasn’t just a couple of weeks ago.

Additional features announced at this time are multi-touch support and UI improvements to the Keypad, Transport and other floating windows.

The new features will, for now, only apply to Sibelius, and not the entry-level Sibelius First product, according to Avid. Avid also says that future Sibelius upgrades will be more closely integrated with Sibelius Cloud Publishing, other products on the Avid MediaCentral Platform, and the Avid Marketplace community, although specific details were not available at this time.

Feature announcements for past versions of Sibelius have generally been timed to coincide with the public availability of the product. In this case, however, Avid is eager to demonstrate the new features in advance of its release, and will be doing so next week at the international Musikmesse trade show in Frankfurt, Germany. If you are attending and have a chance to check it out, please let us know what you think in the comments!

The next Sibelius version will be available in this quarter of 2015, in a number of licensing options described more fully in the following section.

Similar to how it is offering the most recent version of Pro Tools, Avid will offer Sibelius in two main licensing options, to be delivered through a new Avid Application Manager app, or accessed through an Avid Master Account:

Essentially, Avid is making licenses time-bound rather than version-bound. In the past, major upgrades were packaged together in a new release, for which the user paid in the form of a new perpetual software license.

In the future, though, as long as the user currently has an upgrade plan or subscription in force during the time that a Sibelius upgrade is released, the user will be able to install the upgrade without further charge. All Sibelius products will be downloadable (not cloud-based), with a DVD option available for an additional cost. Educational-based pricing and site licenses will also be offered (see below for full details on pricing).

Consumers are already accustomed to installing frequent updates to mobile and desktop software that has already been purchased, and other products like the free desktop web browsers Chrome and Firefox issue regular upgrades with little fanfare, so in some ways Sibelius’s new licensing and upgrade structure will be familiar.

In this case, though, even perpetual licensees will only be entitled to a limited term of upgrades. The software will continue to function beyond the initial one-year support term, but a new support package will be required for the licensee to take advantage of upgrades issued after the initial term.

Still, if you only fire up Sibelius a handful of times during the year, the subscription option could be a much less expensive way to be able to use the software. Likewise, buyer’s remorse is less of a concern for perpetual licensees who in the past might have been wary of buying the software when a major upgrade was rumored to be imminent.

Users may wonder about important maintenance updates, and whether those will be available outside of the upgrade plan. Avid has said that if an update is required such that it resolves important problems, they may push it to everyone who is eligible for the current release, regardless of whether the user’s upgrade plan has lapsed, to be decided on a case-by-case basis.

Current users of Sibelius 1 through 7.5 are automatically considered to have a perpetual license at this time, and need only to purchase the annual upgrade plan to stay current.

It won’t be possible to for perpetual licensees to defer renewing an annual upgrade plan; licensees will need to renew at the one-year mark, although Avid says that there will be a grace period to afford users the opportunity to renew. If a plan lapses, a user must either buy a new perpetual license or move to a subscription.

It is possible for perpetual licensees with a lapsed plan to purchase a one-month subscription, as a low-cost way of accessing the latest Sibelius version for a limited time. Once the subscription expires, however, so does the user’s ability to use the most recent version; the version in force at the time the upgrade plan for the perpetual license expired will remain available for use.

With version numbers disappearing, users may be wondering about backwards-compatibility with files created with future versions, and how this will be addressed. How and when the file format would change is something that we will have to wait and see, but Avid says that version numbers will still appear in the info window and that they will try as much as possible to keep backward compatibility.

Avid’s standard support will be included with all current plan-holders and subscribers. Support  includes troubleshooting via unlimited online support, and one phone call per month.

The main thing users will be keen on evaluating is whether Sibelius is updated regularly and robustly enough for their needs going forward, so that both upgrade plan-holders and subscribers feel that they are receiving value in exchange for regular debits from their bank accounts.

There is also a post by Avid’s Andrew Wild at the official Avid Blogs Sibelius.

* Academic versions of the software require verification of academic eligibility.

More details can be found at the licensing page on the Sibelius web site.

Updated at 2:20 pm with information from Avid about a grace period for renewing annual upgrade plans, and with a link to the post on Avid Blogs Sibelius.

Avid has released a new version of Sibelius First, its entry-level edition of its Sibelius music composition software geared towards...