Last evening, Steinberg product marketing manager Daniel Spreadbury demonstrated Dorico to attendees at the Yamaha Artist Services Piano Salon in New York. The guests included a cross-section of musicians with a deep appreciation for the new software’s potential, as evidenced by the questions posed near the end of Daniel’s 90-minute presentation. 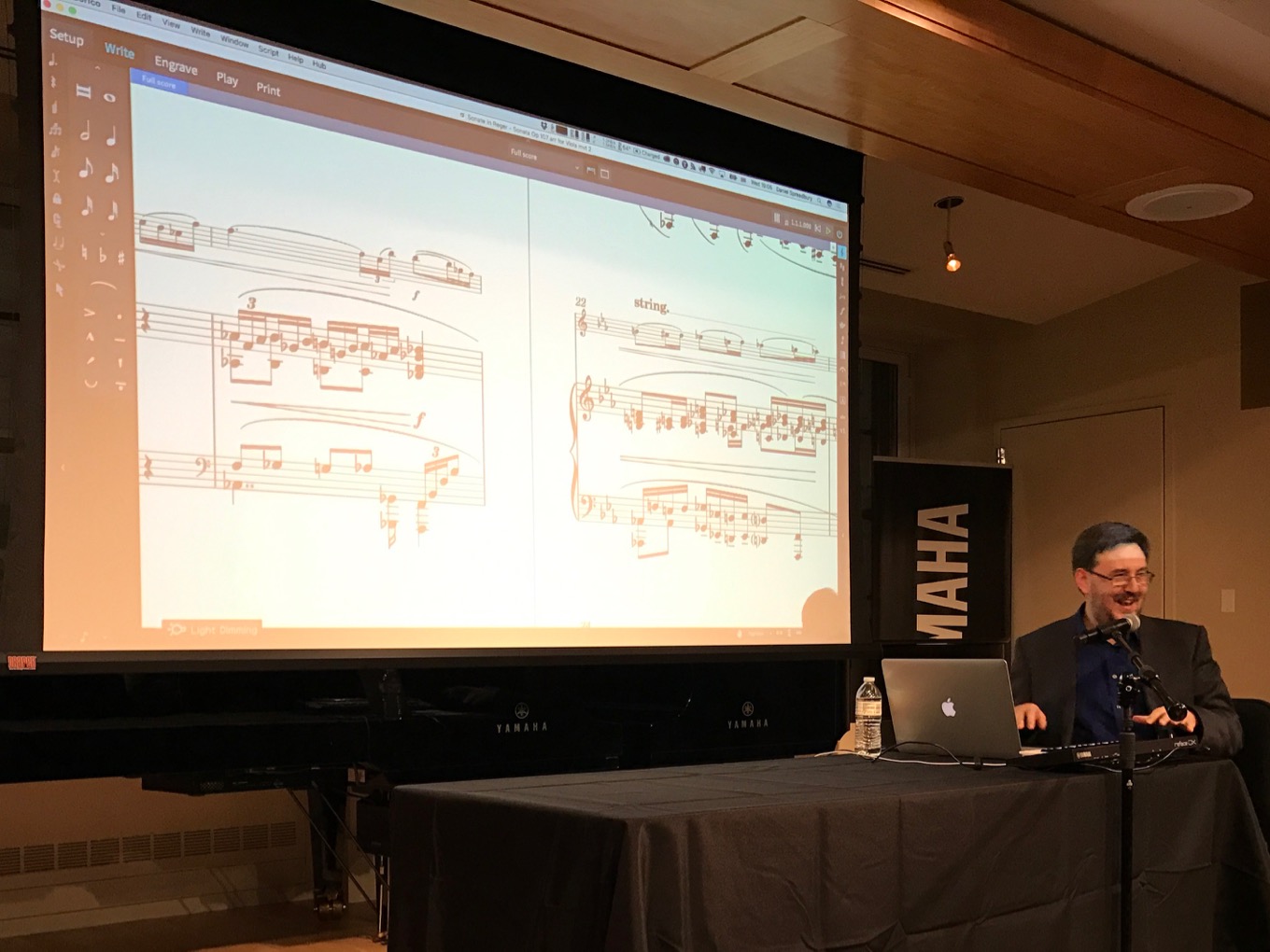 The version of Dorico that Daniel demonstrated was a build of 1.0.10, which has been promised for release by the end of November. Some of the items slated for improvement in that update are redraw and performance enhancement, editing vertical spacing, transposition, and better selection methods. These features were all on display during the demonstration and appeared to work as one would expect.

The presentation was, in some ways, similar to last month’s live-streamed London event, but since the New York event was devoid of live performances, it allowed for a much more in-depth tour of Dorico’s features in the allotted time, as Daniel dove into the details straight away. Among the topics covered were Dorico’s five modes; its concepts of popovers, flows, frames and chains; the way music can be re-written any number of ways depending on context; the myriad engraving and notation options; the variations allowed with properties; non-traditional key signature and microtonal support; and VST playback compatibility. 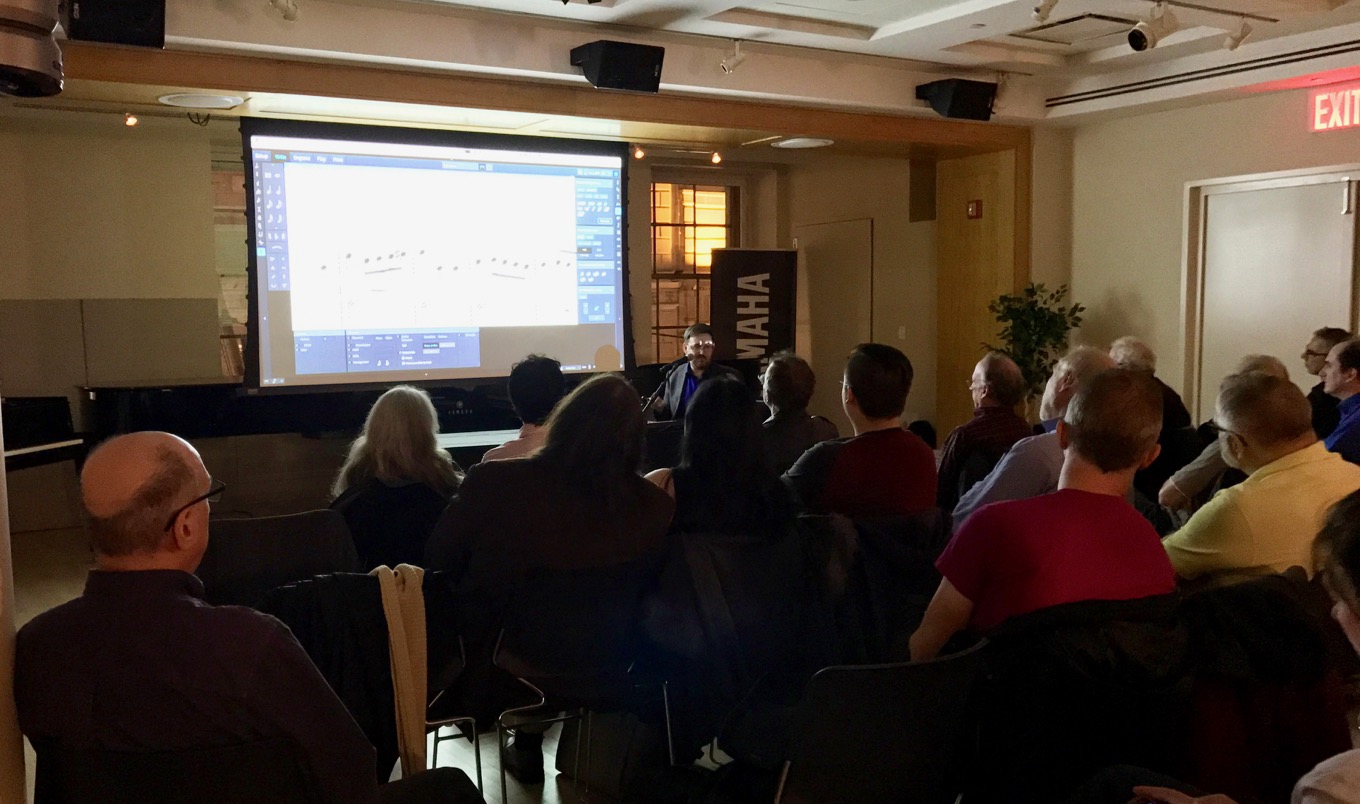 For an in-depth look at those features and much more, you can read a comprehensive review of Dorico right on this blog.

Earlier in the day I had the opportunity to visit with music engraver Bill Holab and Daniel, along with other Steinberg representatives from Massachusetts, New Jersey and California, all of whom were in town for last night’s event. We discussed the history of the field, the current state of the industry, and the future possibilities to integrate Dorico further with Steinberg’s product line as it would pertain to user workflow. 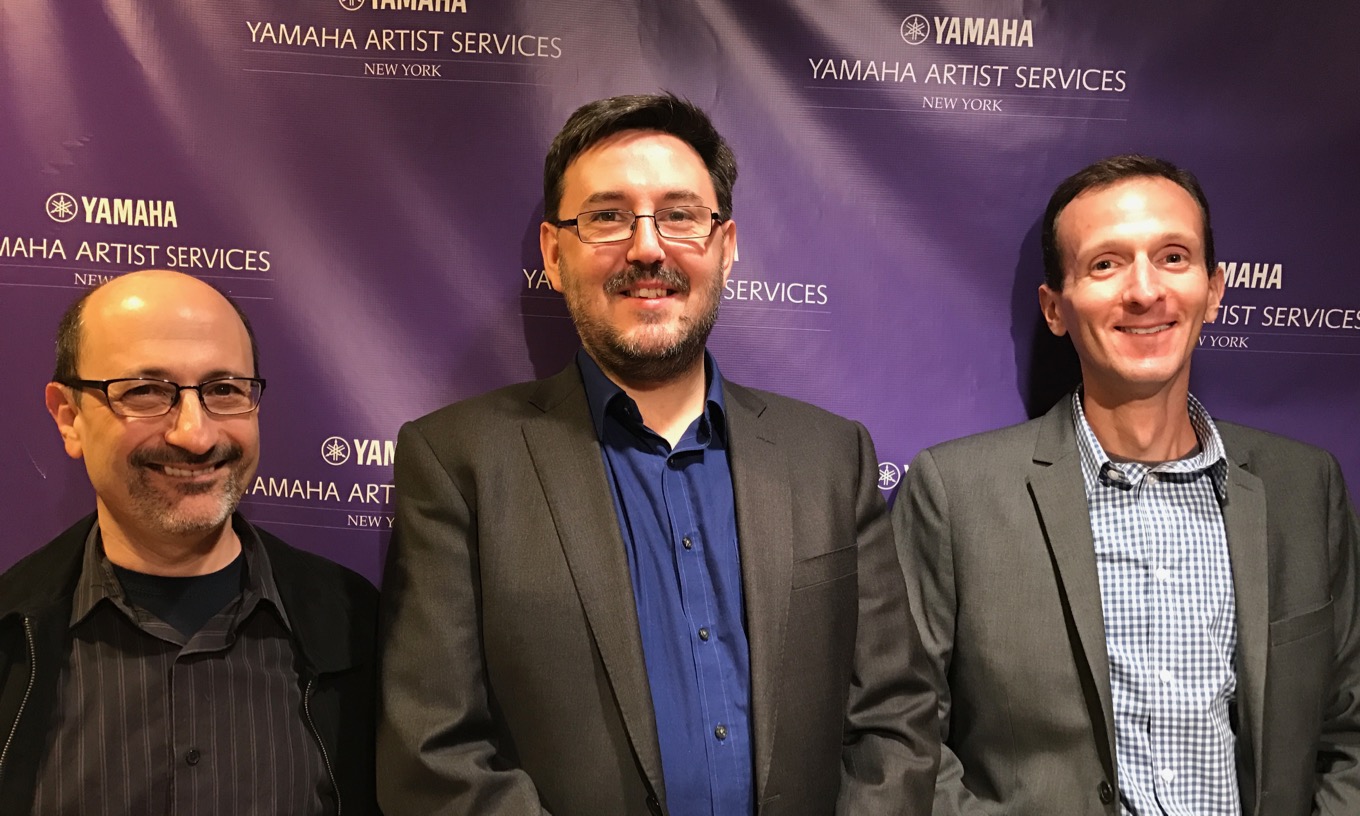 Those in the Nashville area can see Daniel give a Dorico presentation tonight at 7:30 pm at the Wilson Music Building at the Belmont University School of Music. Advance registration is requested.

Steinberg product marketing manager Daniel Spreadbury has been in New York City this week promoting Dorico. We caught up with...

Our coverage of NAMM 2017 kicks off with a guest post from Doug LeBow at a Dorico presentation in Los...