Newzik, the web- and iOS-based collaborative score reading application, has announced a new optical music recognition (OMR) technology. Called Maestria, it has been in development for more than two years, according to Newzik, and is based on deep-learning so that it becomes more accurate with each conversion.

To take advantage of Maestria, Newzik has also introduced LiveScores. LiveScores are a new product that uses the Maestria OMR technology to convert existing sheet music into interactive scores that combine PDF, MusicXML and MIDI formats.

Once a source document is scanned and recognized by Maestria, a Newzik user can open it in Newzik. (The LiveScore conversion can currently only be started from within Newzik Web; the company says that the ability to convert to LiveScores in the Newzik app will be added in the near future.)

LiveScores are officially in beta mode, and Newzik has said that during this period the conversion process takes a long time — up to a couple of minutes per page, depending on the number of pages and the complexity of your parts. Newzik says that the “process will become increasingly faster in the future.”

Newzik is also hoping that the announcement of the Maestria technology and the LiveScores product will spur its large user base to try Maestria during the beta phase and report their results. Because the technology uses artificial intelligence, the company says that scanning accuracy and speed will improved as it recognizes more scores during the beta period and as the company receives feedback from its users about the quality of the results. 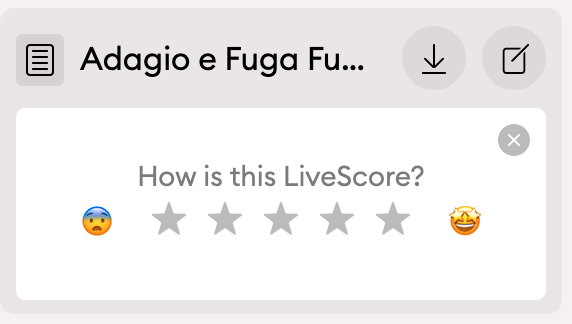 After a score is uploaded, its processing status is reflected in real time in the LiveScore view, as well in as the user’s Newzik dashboard. 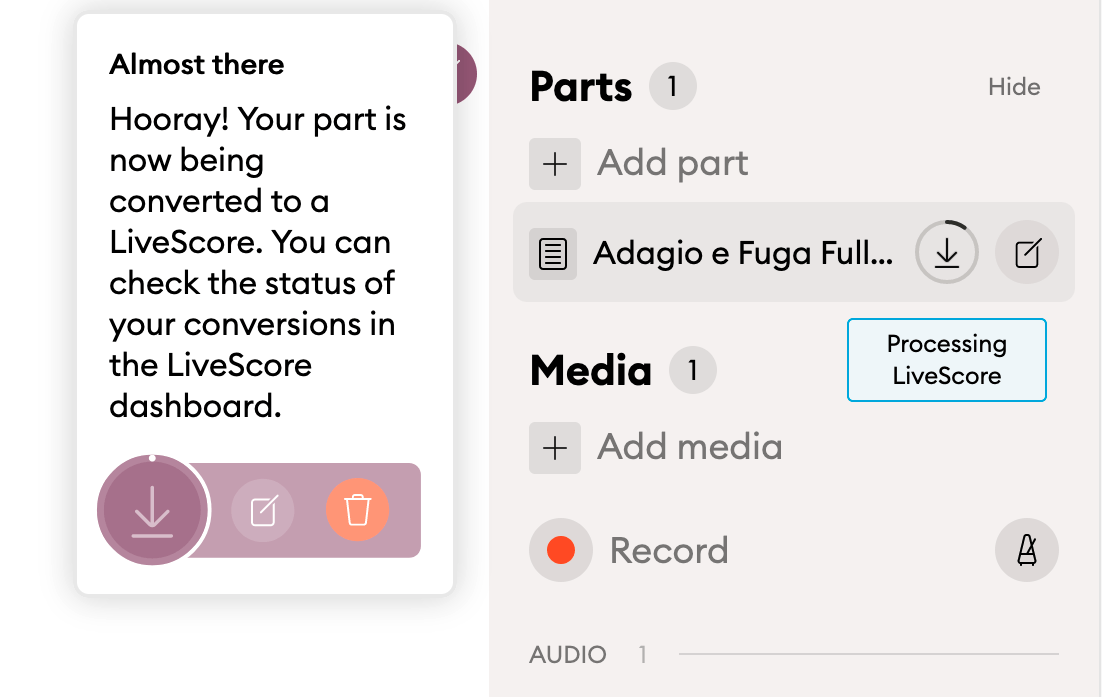 Newzik has documented the musical elements that Maestria recognizes, with a road map for elements that are currently unrecognized. For example, Maestria does not currently recognize chord symbols or non-standard noteheads such as crosses or diamonds, but plans to support them in the future. Newzik says that “Maestria was trained with classical notation… Soon, it will gain understanding of chord notation and lyrics, making it suited for guitarists and singers.”

Newzik has also provided guidance and best practices for successful recognition by Maestria. Generally, this advice would be applicable for preparing source material for recognition by any OMR application.

Maestria does not support handwritten notation and this is not planned.

One difference between Maestria and some other OMR applications is its tight integration with the entire score reading experience. Newzik is one of the leading score reading applications, and already has many customers that use it to manage their digital score library, to study scores, and for live performance, all in a modern and clean interface.

LiveScores appear in a Newzik customer account along with other pieces, set lists, and projects. Any LiveScores currently in the process of being converted are also displayed. 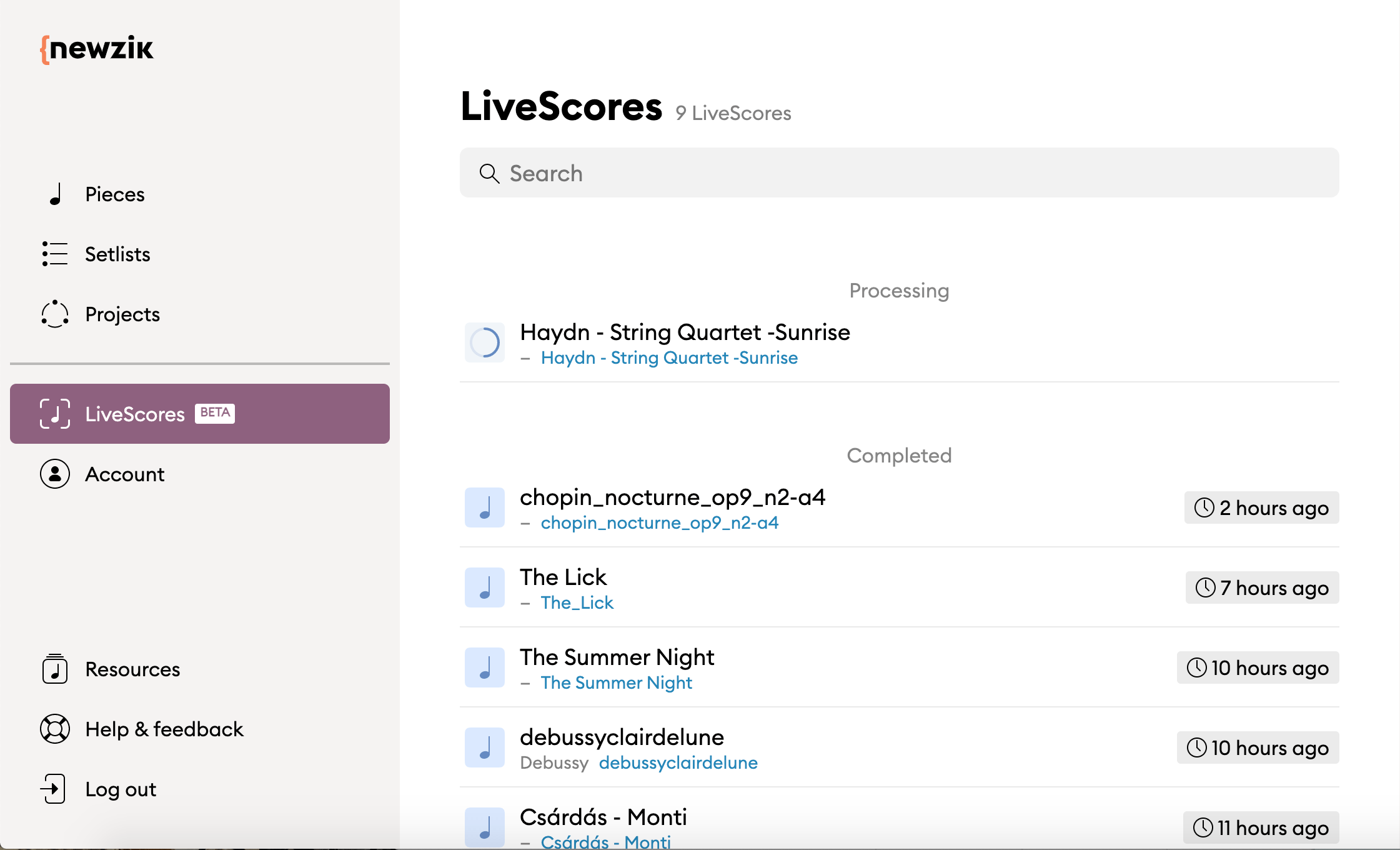 Directly within the LiveScore interface, the user can add parts; upload additional media (either from a local file or a YouTube video); record an audio performance directly from a microphone; and add comments, annotations, and bookmarks.

Scores recognized by Maestria can be used in a more conventional OMR-to-notation software workflow, as well. Once the score is processed, the user can download the result as a MIDI or MusicXML file for use in other music applications. 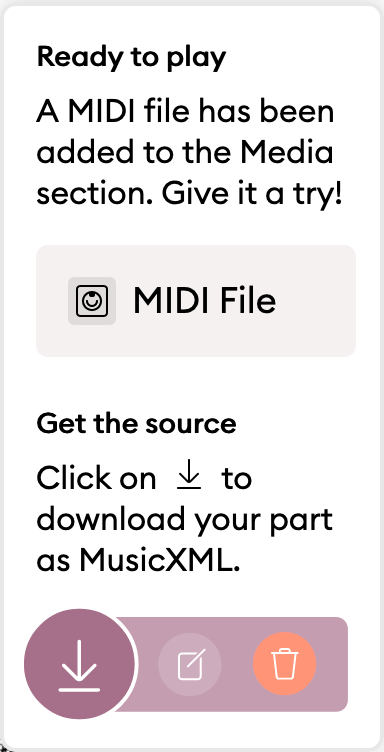 A set of playback controls are provided directly within the LiveScores interface, with some detailed setting to control panning, reverb, tuning, and transposition, along with changing the instrument sound.

One significant limitation in the current implementation of LiveScores is that there does not appear to be any way to correct Maestria’s OMR results from within Newzik. This is fine if you’re just using the technology as a starting point from which to export to other software, but not if you’re actually using the LiveScore feature.

Newzik has agreements with many publishers that allow content owned by the publishers to be available in Newzik; however, it is not possible to convert this licensed material to LiveScores.

Learn more about other OMR apps

On the Scoring Notes podcast, David MacDonald and Philip Rothman talk with John Hinchey about his review of optical music recognition software products, or “music scanning apps”, and how you can incorporate them into your own work. John also brings along a checklist of the items to look for once you scan your music and how to get the best results. Listen now:

Maestria is a technology that allows Newzik to not just display a score, but also to understand it musically. The...

Our NAMM 2017 coverage continues with an update on Newzik, the sheet reader app for iOS. We learn about how...