August 2022 was a rare month in which we didn’t see any updates, large or small, to Dorico, Finale, Sibelius, or MuseScore, the four desktop music notation products that we try to stay on top of the most frequently on Scoring Notes.

As a result, we took a little time off from posting articles here, although, as they say, it wasn’t for lack of interest — only lack of time!

Let’s get up to speed on some recent developments in our field.

David MacDonald and I did manage to release a new podcast episode this past weekend where we caught up with some of the most interesting features in the latest updates to those aforementioned products. Tune in to hear our take on what’s in those updates and what we think may portend well for the future.

On the Scoring Notes podcast, David MacDonald and Philip Rothman discuss what you need to know about the latest updates to Dorico, Sibelius, Finale, and MuseScore, and what to look forward to in future releases. Listen now: 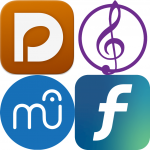 As with most everything Michael does, his retirement is planned in a thoughtful manner. His last day at MakeMusic will be January 6, 2023, and his tenure as W3C co-chair will end then as well, allowing his colleagues nearly four months to plan to transition to his successors in those roles, whoever they may be.

It is reasonable to say that music notation software as we use it today would not exist without Michael. He invented MusicXML, the standard interchange format for music notation applications, and it’s what makes such robust interoperability possible between hundreds of programs — more than 250 and counting, at this time.

Michael’s company, Recordare, began in 2000. Its flagship product, called Dolet, converted Finale files to Sibelius files and vice versa. It was revolutionary at the time, and the rest is history. Recordare was acquired in 2011 by MakeMusic. Dolet became free for both Finale and Sibelius, and the development of the MusicXML file format was transferred to the Music Notation Community Group at the World Wide Web Consortium (W3C) in 2015.

Unlike with other products that suffer from founder’s syndrome, Michael has ensured, through making the MusicXML format open and developed through the W3C group, that MusicXML’s future is on solid footing. We have all benefited immeasurably from Michael’s immense talents and largesse, and wish him the very best in his remaining months on the job, and in his endeavors thereafter.

We’ve spoken with Michael regularly over the years, including at the 2017 NAMM Show, and more recently on the Scoring Notes podcast. In time, we hope to make a transcript of that podcast interview available, so that it is more accessible to our audience. In the meantime, enjoy listening to it here:

On the Scoring Notes podcast, David MacDonald and Philip Rothman talk with Michael Good. If you’ve ever needed to open a music notation file in a different program, you’ve relied on MusicXML to do it. Michael Good invented this now-ubiquitous format two decades ago, and we find out how it happened. Listen now: 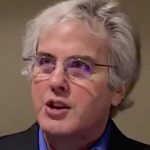 The next meeting of the aforementioned W3C Music Notation Community Group is scheduled for Thursday, September 15, 2022. Time zones in various world population centers are as follows: 8:00 am San Francisco; 11:00 am New York; 4:00 pm London; 5:00 pm Frankfurt, 12:00 am (Friday) Tokyo.

Information and registration details, per the group’s web site:

The agenda for the meeting is as follows:

The co-chairs invite community group members to propose further agenda items that they would like to be added to the meeting by sending their suggestions via the public-music-notation CG mailing list.

As a reminder, the meeting is part of W3C TPAC 2022. As a reminder, if you are planning to attend any other sessions at the conference, you should register before 1 September. Please be aware that registration for this year’s TPAC attracts a fee, unlike last year’s conference. If you only plan to attend our Community Group meeting, then you do not need to register for TPAC, but you do need to register your intention to attend by completing this form. If you do not register, either for TPAC or by completing our registration form, you will not be able to attend the meeting.

MakeMusic had been running a summer sale on Finale which heavily discounted upgrades, new licenses, and academic licenses by use of a promo code.

Those discounts, which had been set to expire right around now, have been made permanent. Thus, the pricing for Finale is now:

In announcing the change, Jason Wick, MakeMusic’s director of product development, said: “We know people want more value for less money, so in the Spring we embarked on a pricing analysis by asking over one thousand current and prospective Finale customers to tell us their perceived value of Finale. We used that data to inform our 13-week-long Summer Sale with the hopes of making our powerful offering affordable to as many creators around the world as possible. Not only could our loyal customers upgrade to the latest version of Finale for $99, but anyone involved in music education anywhere in the world could grab a copy for the first time for that same $99 price.”

This is a significant departure from the traditional pricing models for perpetual licenses (non-subscription) for commercial desktop music notation software, which have remained fairly consistent for more than two decades.

Earlier in the summer, MakeMusic announced that eight of the most popular JW plug-ins will be included directly within Finale as part of the forthcoming Finale v27.3 release. Jari Williamsson developed these tools, which turn often-tedious tasks into simple operations. No release date has been given for Finale v27.3.

As of today, Avid has made team licensing available for Sibelius, which means that organizations seeking to simplify a way to purchase multiple seats and team licenses can now do so from a single admin console. Licenses can then be assigned or unassigned to members of the team, without individual users needing to purchase subscriptions. This is similar in concept to the way other familiar software products are licensed in business settings.

A team plan for Sibelius starts at $199 for a one-year subscription, or a monthly subscription is available for $27.99.

These are cloud-based licenses, which, Avid says, allows the admin full control of the license so it can be unassigned and reassigned as needed. More information in the form of FAQs is available at Avid’s Knowledge Base.