Saving users from the tedium of actually thinking about pitches, rhythms, and boring elements of music like instrumentation and dynamics, today Avid and MakeMusic both released new versions of Sibelius and Finale, their flagship notation software, respectively, that composes music automatically.

No less than an editorial from The Times has already gushed that the latest version of “Sibelius can notate, print, and play a musical score at a pace even more rapid than Mozart at his most fecund… Imagine what wonders Bach could have worked with such technology.”

Indeed, you’ll soon forget about the drivel created by Wolfgang Amadeus and Johannes Sebastian, when you see what both Sibelius and Finale are capable of in their latest releases. We also learned about a secret Dorico project that’s underway. 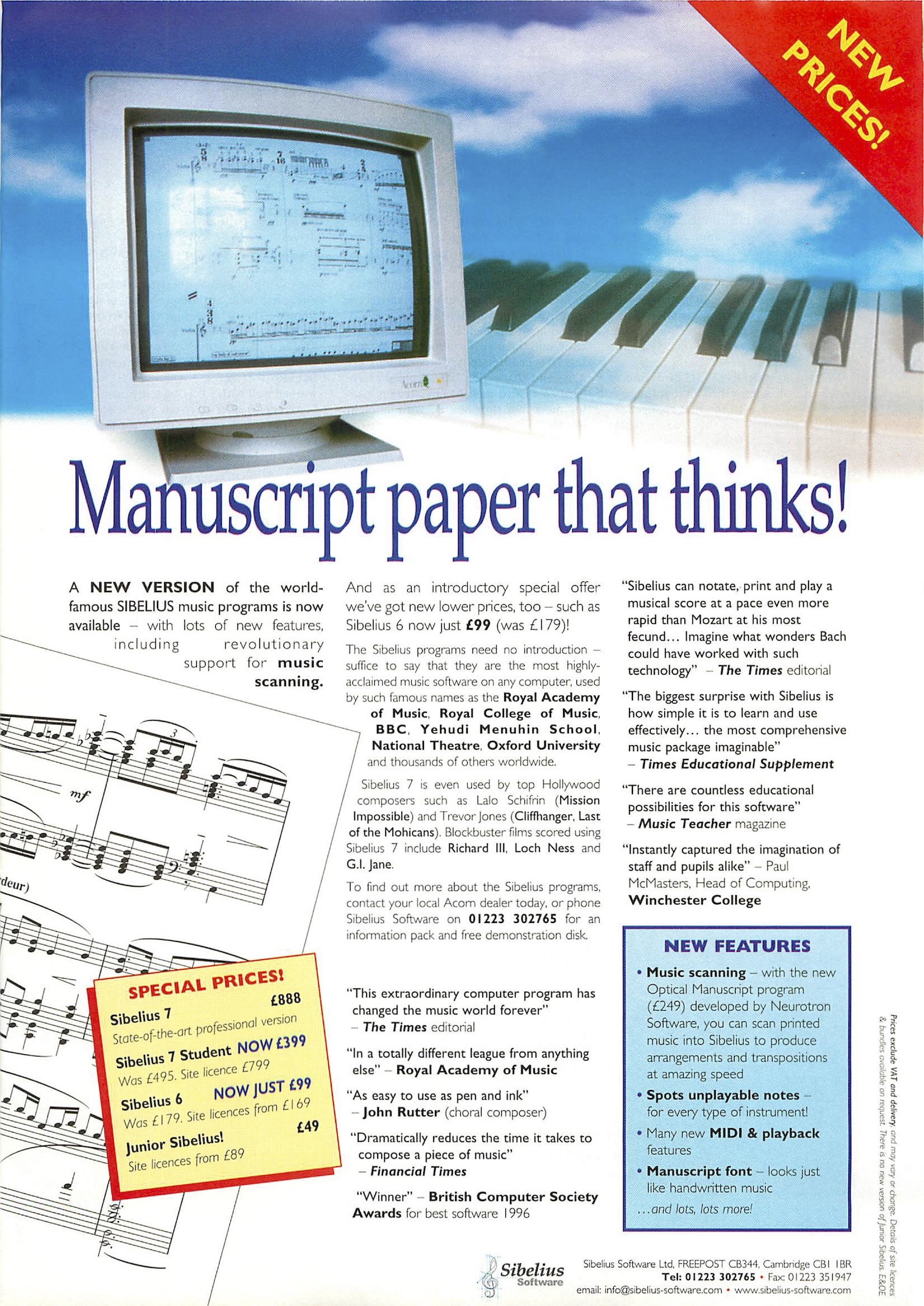 For the modest fee of £888 ($1,166 USD), you can forget about ever needing to struggle with an original musical thought again. A small price to pay, indeed, for relieving the stress of meeting a commission deadline.

Just look at an example of the genius output of this “manuscript paper that thinks”:

Not to be outdone, the latest version of Finale adds more tools to its vaunted palette, and you might well wonder what you ever did without them.

In addition to the familiar tools like the Clef and Key Signature tools, Finale has added two more especially for composing: an Arbitrary Music Tool, so you can never worry again about having an original idea; and a Hocket Tool, to fill in all the places that the Arbitrary Music Tool missed the first time.

One stunning example of music produced via this method is evident in a masterpiece entitled The Visual Index:

Users of Finale, however, may find that it takes a while to get satisfactory results, and your screen may look like this for some time: 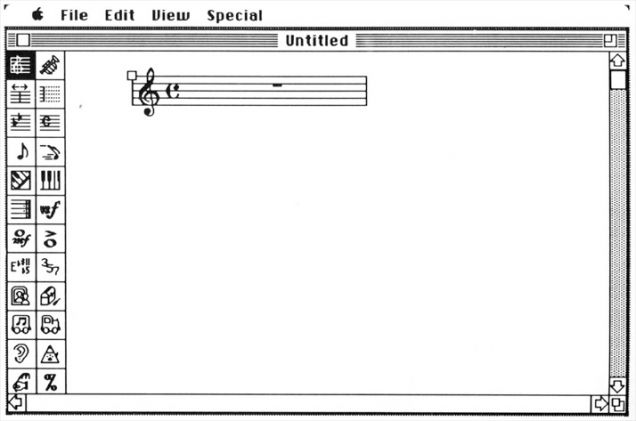 Don’t despair, however. You can always click the truck and open the secret sub-palette which provides additional options for managing the wait: 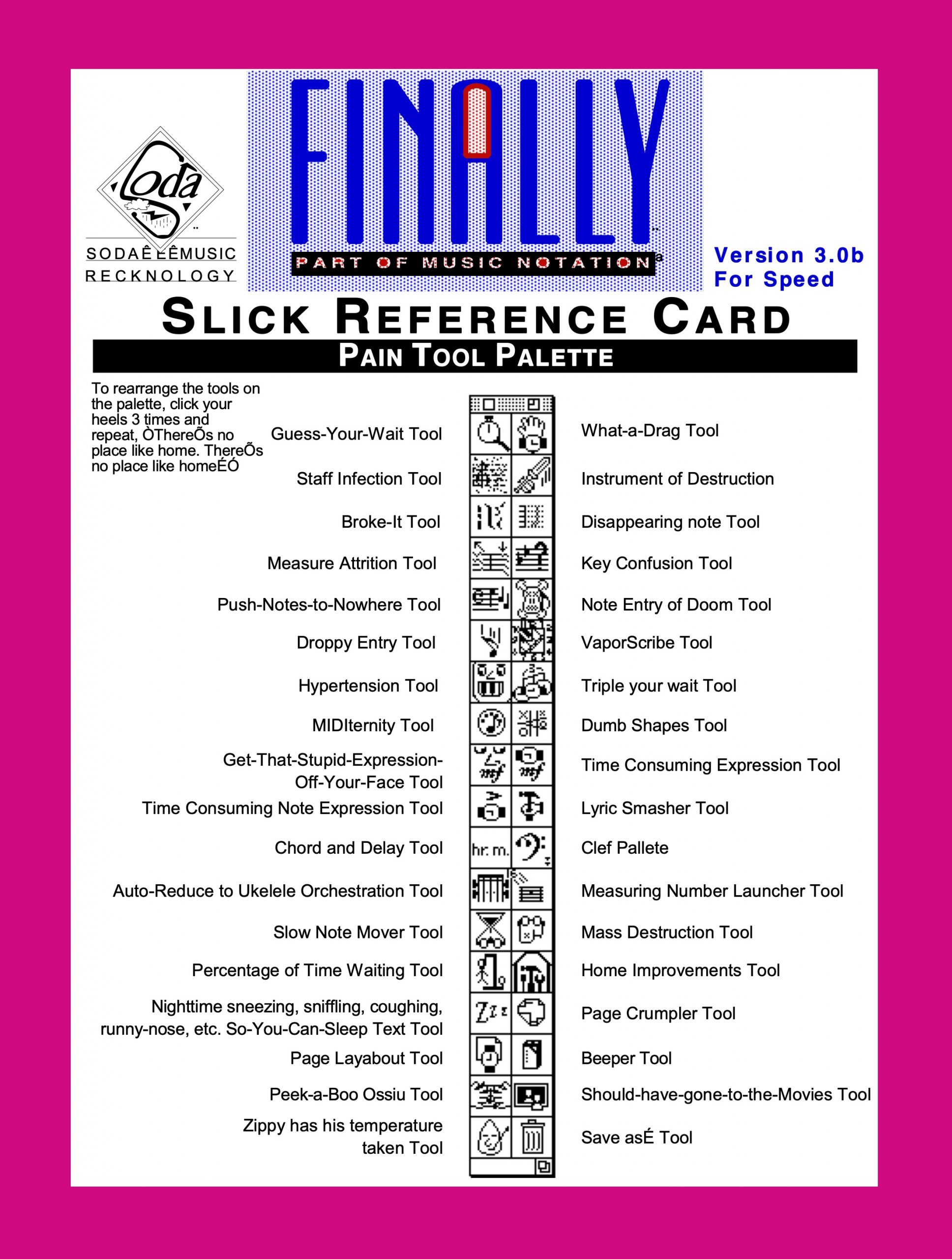 The cost of the Finale update was not available at press time, but “priceless” is what comes to mind for such revolutionary technology.

We inquired with Steinberg about whether they had any similar plans to introduce a similar feature in Dorico. No comment was provided, although we did mysteriously receive a package at Scoring Notes headquarters several days later containing the following items: 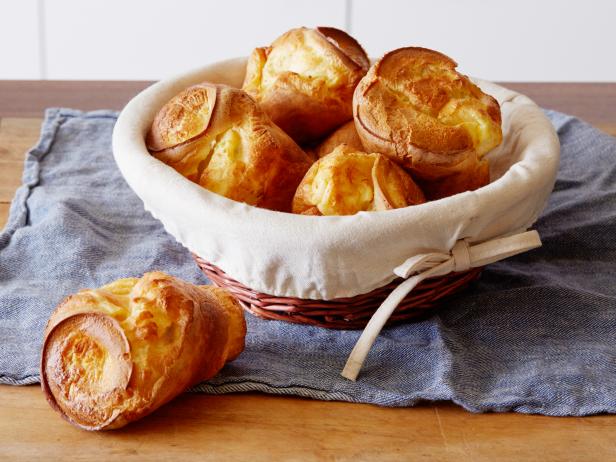 Further investigation revealed the source code for the secret project that the Dorico team is working on for a future update.