In just a few years, we’ve gone from “stylus…yecch” to “stylus…yeah!” Although Apple is finally getting in the game with a pen-and-touch system for pro tablets, it’s Microsoft that first demonstrated the viability of the stylus and has been pushing its full integration into the PC experience with its Surface line of devices.

Yesterday Microsoft announced the next generation of Surfaces, including the Surface Pro 4 and the new Surface Book. The Surface Pro 4 manages to improve the screen resolution and size from its predecessor, among other improvements, and the Surface Book is taking the detachable keyboard concept to its most advanced level yet — a fully powered laptop with an additional GPU inside the keyboard.

Both Surfaces will be available October 26: the Surface Pro costs $900 and the Surface Book costs $1,500.

Last night at a Microsoft launch event in New York, I had a chance to try out the new devices. While there was quite a gathering to try out a Surface Hub and a number of gaming devices, I was most interested in taking the music software out for a spin.

In conjunction with the announcement, StaffPad co-founder David William Hearn announced that StaffPad for Windows 10 will be released as a free update at the end of October, along with the new Surfaces. It’s not a minor update; it’s rebuilt to fully take advantage of the new OS, including new features like partial bar selection, swing playback, handwritten dynamics symbols recognition, sketch layer colors, and a new voice activated smart assistant.

The basic concept hasn’t changed, though — if you use StaffPad already, you’ll easily adapt to the improvements (read our initial comprehensive review of StaffPad here). 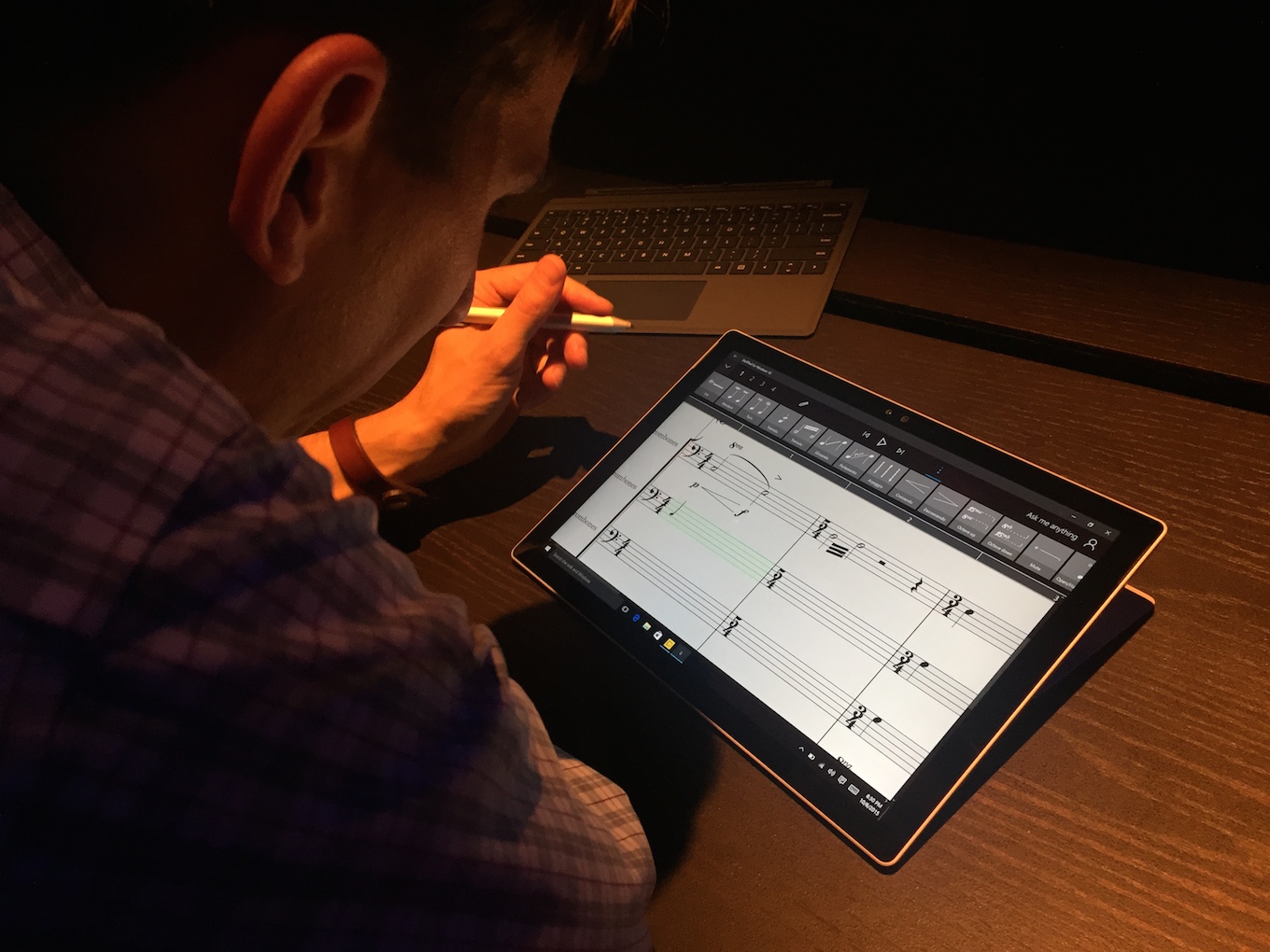 The early build was on display for visitors to get their hands on it, and so far, the results are impressive. In addition to the features described above, the toolbars are nicely consolidated into a single position at the top of the screen, resulting in a much more natural experience as opposed to having to swipe up from the bottom to access certain features.

One particularly interesting development to me wasn’t specific to StaffPad, but had to do with the Surface’s new stylus. It finally has a proper eraser where you’d expect it to be, at the top of the pen, instead of as a button on the side. I had almost as much fun erasing music as I did writing it, though admittedly it was slightly slower since you have to flip around the pen to use it, of course.

David made the trip over from London and was on hand to give demos and to visit with users. 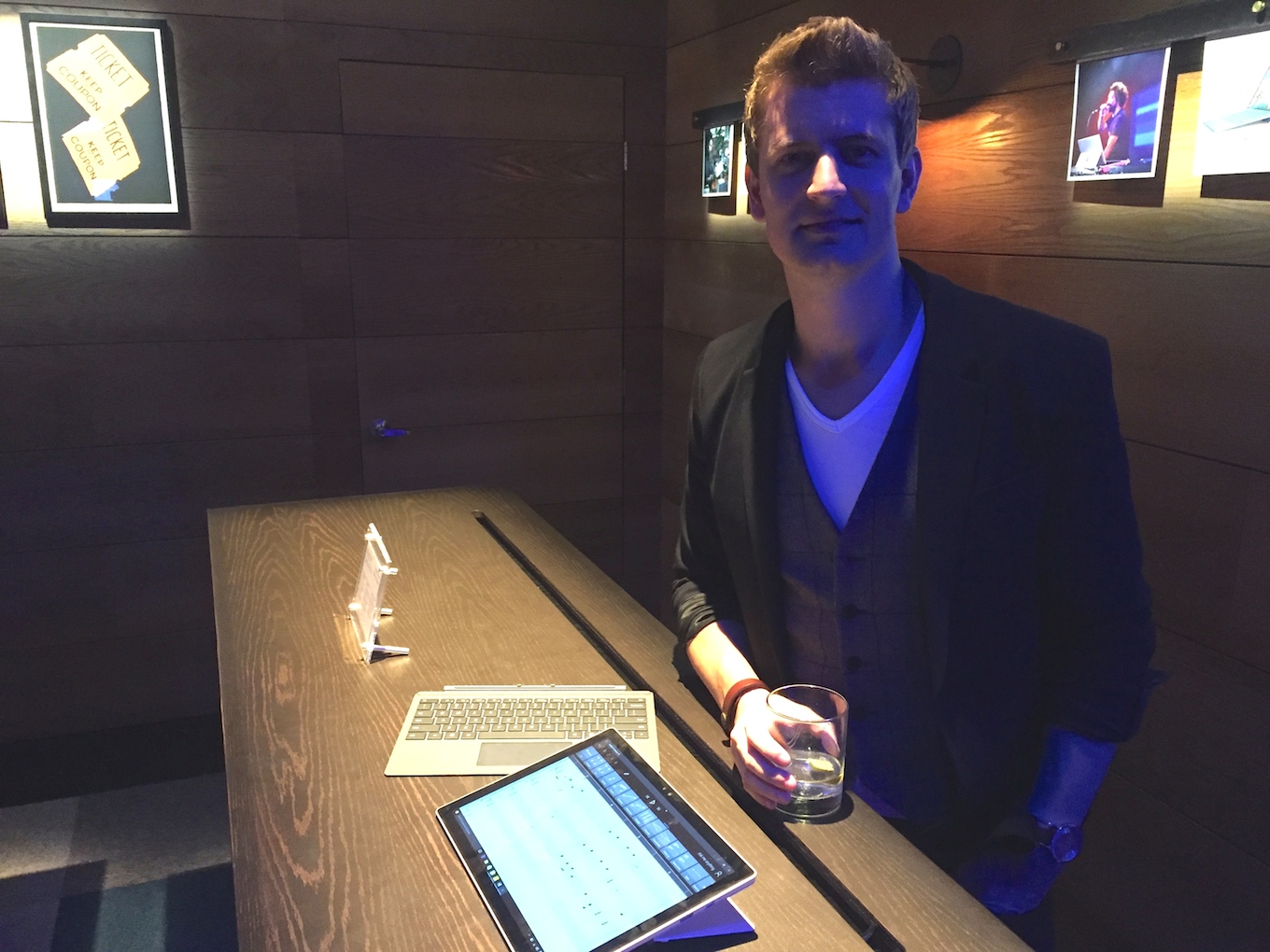 I was also intrigued by a version of Bitwig Studio that is optimized for the Surface. Bitwig is a DAW that is geared for both live performance and studio production, and founder Claes Johanson was present to talk visitors through the multi-touch features and gestures like the radial menu and touch keyboard. 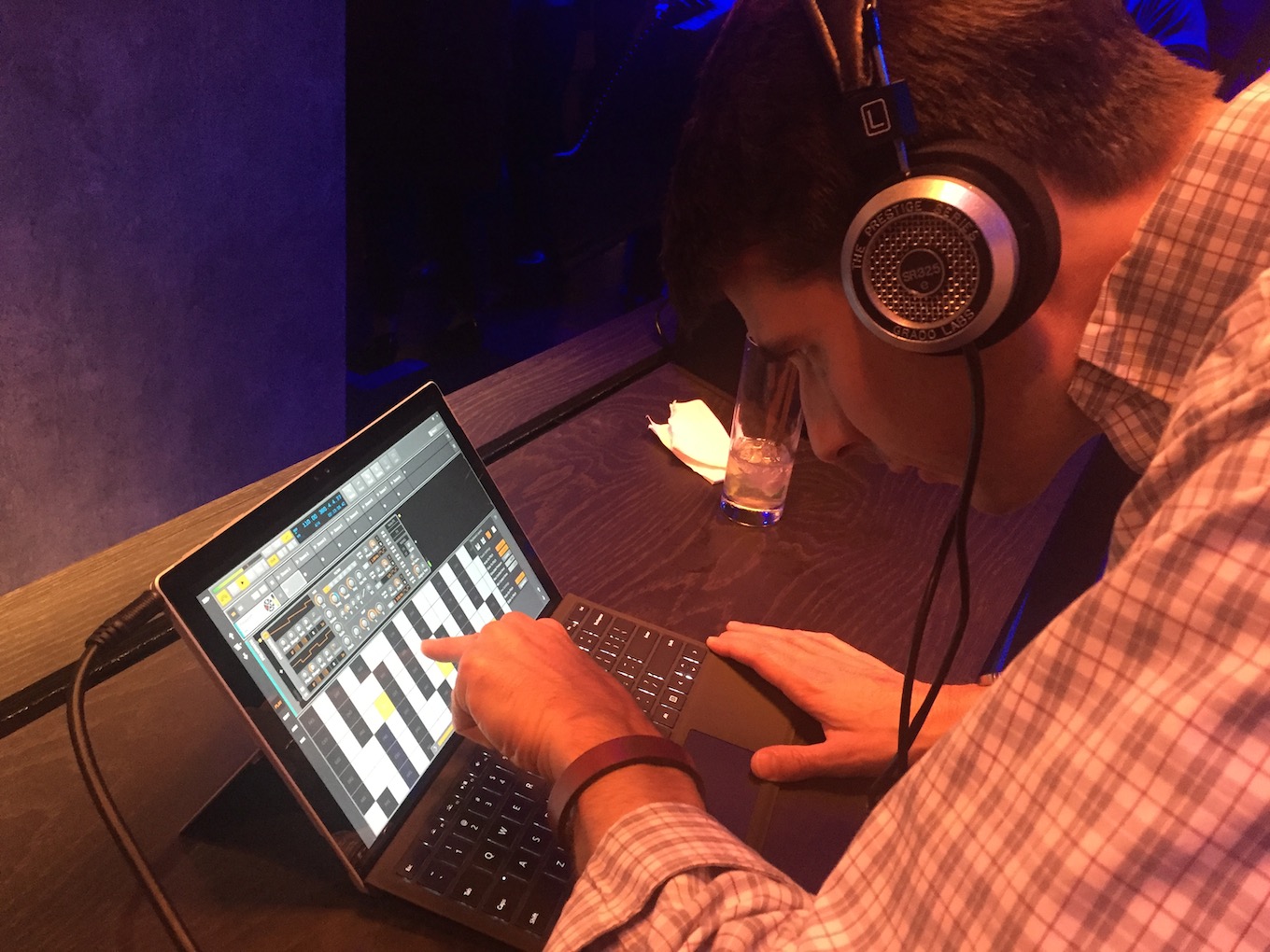 While yesterday’s announcement wasn’t a music-central event, it was nice to see these impressive apps prominently featured as part of Microsoft’s strategy for promoting the Surface and its potential for creative users, as evidenced by the prominence of StaffPad in the morning presentation:

It may also explain Avid’s recent focus on optimizing Sibelius for the Surface (at the expense, some might argue, of developing other notation and engraving features for the moment).

If you’re a Windows user (or thinking about becoming one) and are starting to wonder whether your next music device should be a laptop or a tablet, Microsoft has made it so it’s approaching the point where you may no longer have to choose between the two.