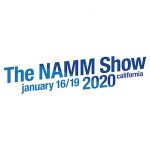 When it comes to the leading music notation software products, consumers have a healthy number of options to evaluate and determine what meets their needs and budget. One of those products is Musescore. As far as the price is concerned, Musescore can’t be beat; not only is it free, but the code is open-source. Musescore 1.0 was released in 2011, but its origins date back nearly a decade earlier, to 2002, when lead developer Werner Schweer forked the code into a stand-alone program.

Fast-forward to February 2018, and Musescore had grown into a robust project with a very large number of users worldwide. It was also at limits of what it could accomplish under its original organizational structure. At that time, Werner Schweer along with then-CTO Nicolas Froment, and CEO Thomas Bonte said:

Keeping up with the growth has become a major challenge. Our company resources were not equally growing fast enough. … In short, we have decided to let Ultimate Guitar acquire the Musescore company. Ultimate Guitar has pioneered a successful model for working with music publishers, and all Musescore users will be able to benefit from this. Additionally, there are more resources now to take on the next steps and turn Musescore into the online destination for sheet music.

In a video published at that same time on YouTube, Musescore’s Daniel Ray said:

Musescore editor will be free, as it is now. Nothing changes. Free now, free forever. It will still be open source. The great open source community that’s contributing to this will continue to contribute. The biggest difference that you’ll see is that there will be more resources. Things will move faster and there will be a lot of new faces. We’re already hard at work on the next version the Musescore editor, as well as some very important changes to the Musescore community.

With such a large change in Musescore behind the scenes, I was eager to speak to Daniel, who is in charge of Musescore’s product strategy, about how the product had fared in the nearly two years since the Ultimate Guitar acquisition. At the 2020 NAMM Show I had the opportunity to sit down with him (amidst the usual NAMM cacophony) for an interesting discussion about Musescore’s recent progress and its future.

The company is not looking to make an inferior product just because it’s free and open source, however. “Our objective as a company in our support of the open source project is not to create the best free notation software out there,” Daniel stressed. “The ambition is to create the best notation software out there that just so happens to be free.”

In order to meet those objectives and align with that philosophy, Daniel acknowledged that Musescore was ripe for improvement in certain areas. One of those areas is the user experience, and to help address that need, the company recently hired Martin Keary as its head of design. Martin, who holds a MMUS in composition from the Royal Conservatoire in Scotland but has also served as UX and UI designer for Microsoft Paint 3D and other products, is known in online circles as Tantacrul, where his extended videos about the design elements of products such as Sibelius and Musescore have gained him a considerable following — and led to his employment with Musescore.

Another significant shift with the company with the release of Musescore 3 was the timing of the development cycle. Previously, Daniel said, “there was a lot more testing and development in between each release cycle. When we moved to a continuous deployment model with rapid updates, the philosophy have shifted a lot to get it out, get the feedback, and improve it. That’s a lot more aligned with Ultimate Guitar’s experience with mobile application development. We’ve gone from releasing every two years to releasing every two weeks.”

In the near future, Daniel said, Musescore intends to become more engaged with work on open standards such as MusicXML; “You’ll see us getting a lot more involved in the [W3C] notation standards working group.”

For the long-term, Daniel posed a rhetorical question about the vision of Musescore under the Ultimate Guitar umbrella. “What is the purpose of the company? It’s about music literacy. It’s the idea that we want one billion people on the planet to be musically literate. The definition of that music literacy can be ambiguous, but that’s our objective. One billion people on the planet.”

The video of our entire interview with Musescore’s Daniel Ray is below. As is often the case, the surrounding environment at NAMM was very loud, but we did our best to mitigate the background to the extent possible. Apologies if it’s a little hard to hear in some places!