In this post, we visit at NAMM with representatives from the music reading device GVIDO, learn what’s new in the 2.0 software update, and discuss what’s coming ahead.

Among digital score reading solutions, the GVIDO music reader stands alone. Not only is it a dedicated device for displaying notated music, but it’s a dual-display product with a hinge, allowing for two pages of music to be displayed at once. That fact, plus the e-ink technology that it uses for the display, put it in a distinctly different category from iPad reader apps like the ones we reviewed recently on Scoring Notes.

If you’re unfamiliar with GVIDO, you’re not alone — its $1,600 price tag does not endear it to the mass market. But the product has its devotees, and it’s been actively developed since we first reviewed it back in April of last year. Indeed, the version 2.0 GVIDO software update addresses some of the concerns about the product that we raised.

At the 2019 NAMM Show, GVIDO was on full display at booth 8735, and I was able to catch up with Eric Hladilek, GVIDO’s director of operations, and Clint Teling Kao, GVIDO’s marketing manager. We talked through some of the latest updates and discussed how GVIDO was evolving in the market:

Clint said that “in particular there are three new functions have been appreciated by our customers. The first new function is the display of the tools palette when the pen is brought closer to the screen. Heavy note takers and annotation edit users find it easier and more convenient compared to the older version, where you would need to click the function button in order to change sets.”

Clint said that the second new function, a new organization feature, “allows users who import large quantities of scores on to the device and allows them to find pieces faster.”

In addition to these new features, Clint said that the most notable update in 2.0 is actually the overall reliability of the device — GVIDO’s raison d’être. “Overall stability has drastically improved compared to when we first launched the product, and it’s much more reliable when used during concerts and practice.” Clint said.

Version 2.0 also focuses more on content usability. “For example,” Clint said, version 1 allowed you to layer up to 100 annotation layers. Version 2.0 kept that and now allows users to assign an annotation layer to a set list, so they don’t need to go looking for annotations in between different versions.” In this way, the user can select their preferred annotations before opening a music score. 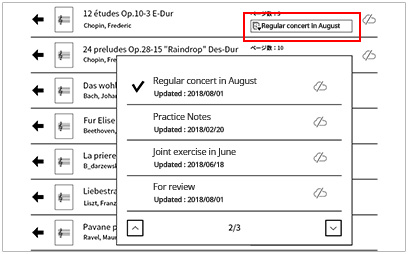 “NAMM gives us the opportunity to introduce GVIDO to a wide cross-section of music retailers and professional musicians,” Clint said. “We value the direct feedback we receive from these two groups and use it to improve our product. We believe that the future of sheet music is digital and NAMM allows us to communicate this directly to the thought leaders of this industry.” 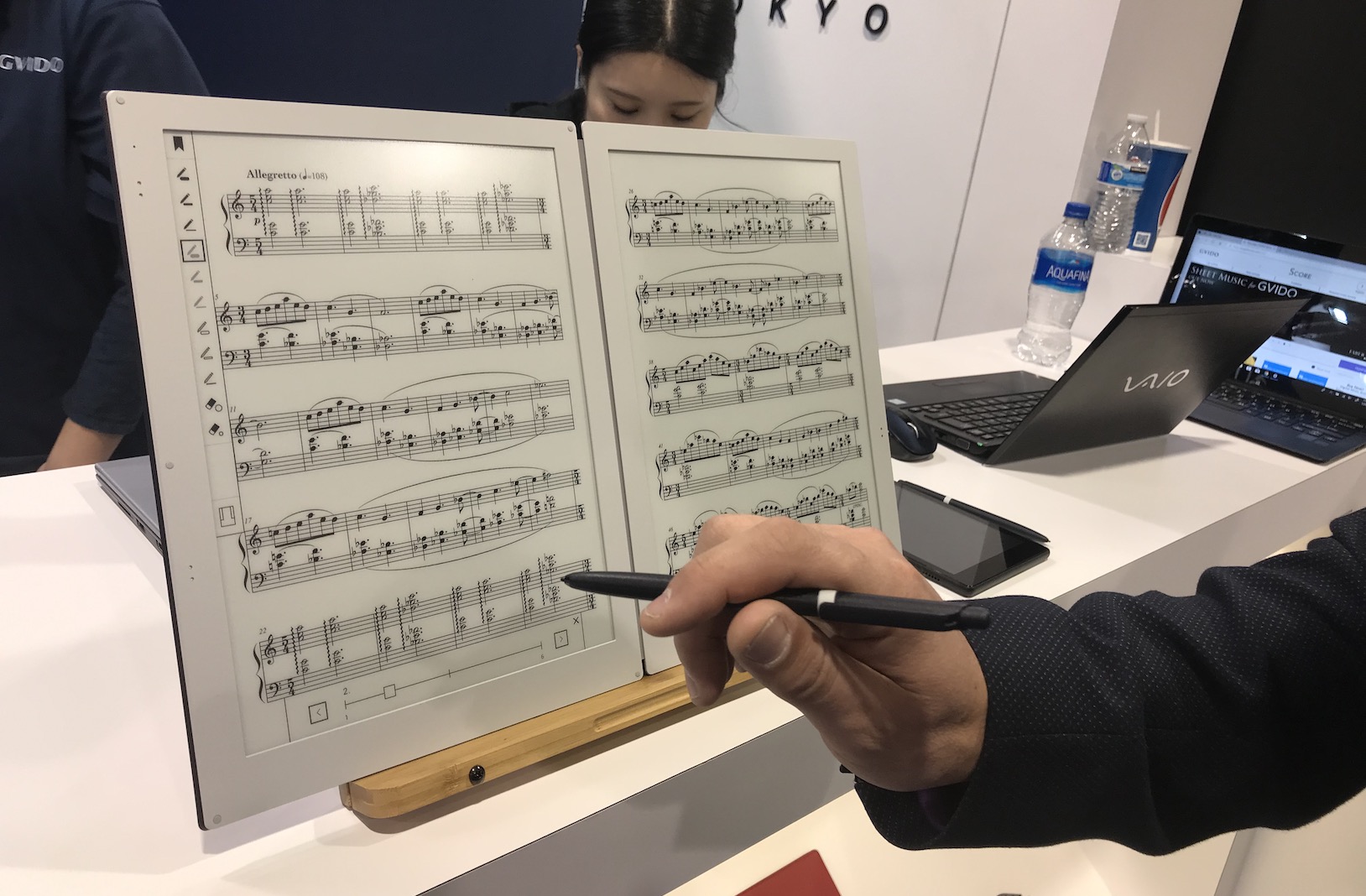 In the past year, Clint said that GVIDO mainly focused on “publisher and retailer relations… we realize we need many partners to help all musicians to digitize music scores.” He also addressed the price concern: “We have been working hard on making GVIDO more accessible by providing meet-up events and implementing financing services for those early adopters.”

Looking ahead to GVIDO in 2019, he said, “We plan on new and exciting releases in the coming year. We think we are on a good track and we look forward to further strengthening our action in 2019.”

The GVIDO music reader aims to change the way music is read by merging the old with the new. It's...