In this post, we summarize the meeting of the W3C Music Notation Community Group, which took place during the show.

Hosted by co-chairs Michael Good, Joe Berkovitz, and Daniel Spreadbury, the W3 Music Notation Community Group met on Friday, January 26 at 10:30 am in the Anaheim Hilton during the 2018 NAMM Show as part of the TEC Tracks Meetups series. Since it was first formed in July 2015 as a forum for development of open standards such as MusicXML and SMuFL, the group has been active in advancing the formats and has occasionally met in person at the NAMM Show and the Frankfurt Musikmesse.

In July 2016, co-chair Joe Berkovitz introduced the next standard in providing “an overall framework for encoding works of music of many different kinds.” Code-named MNX, it begins by “describing a notation-neutral container that is concerned solely with a document’s metadata, attribution and organization. This part of this framework does not reference any notational system.”

Since then, much discussion and work has gone into advancing this standard. A couple of weeks ago, an early draft of the new specification was made available. Joe said that “We’re excited at the prospect of moving the group’s work to a new level, one which can take a fresh look at some of the problems in music notation encoding.”

Initially intended as a code-name, for now, “MNX” seems to have stuck as the overall name of the standard as well as the name for the container — the score packaging, organization, metadata, and encoding modules — but there are two other components:

Friday’s meeting was the first in-person gathering of the group since both the MNX draft specification was announced and the MusicXML 3.1 update was released (the first such update under the auspices of the group).

Approximately 20 attendees listened to Joe Berkovitz and his colleagues present an update on MNX and to engage in discussion about its future, with an eye toward a fully reviewed and complete specification by the end of 2018.

A copy of the handout provided at the meeting is available here. Follow along with a video of the meeting:

In the evening, the group continued its lively discussion with a dinner. 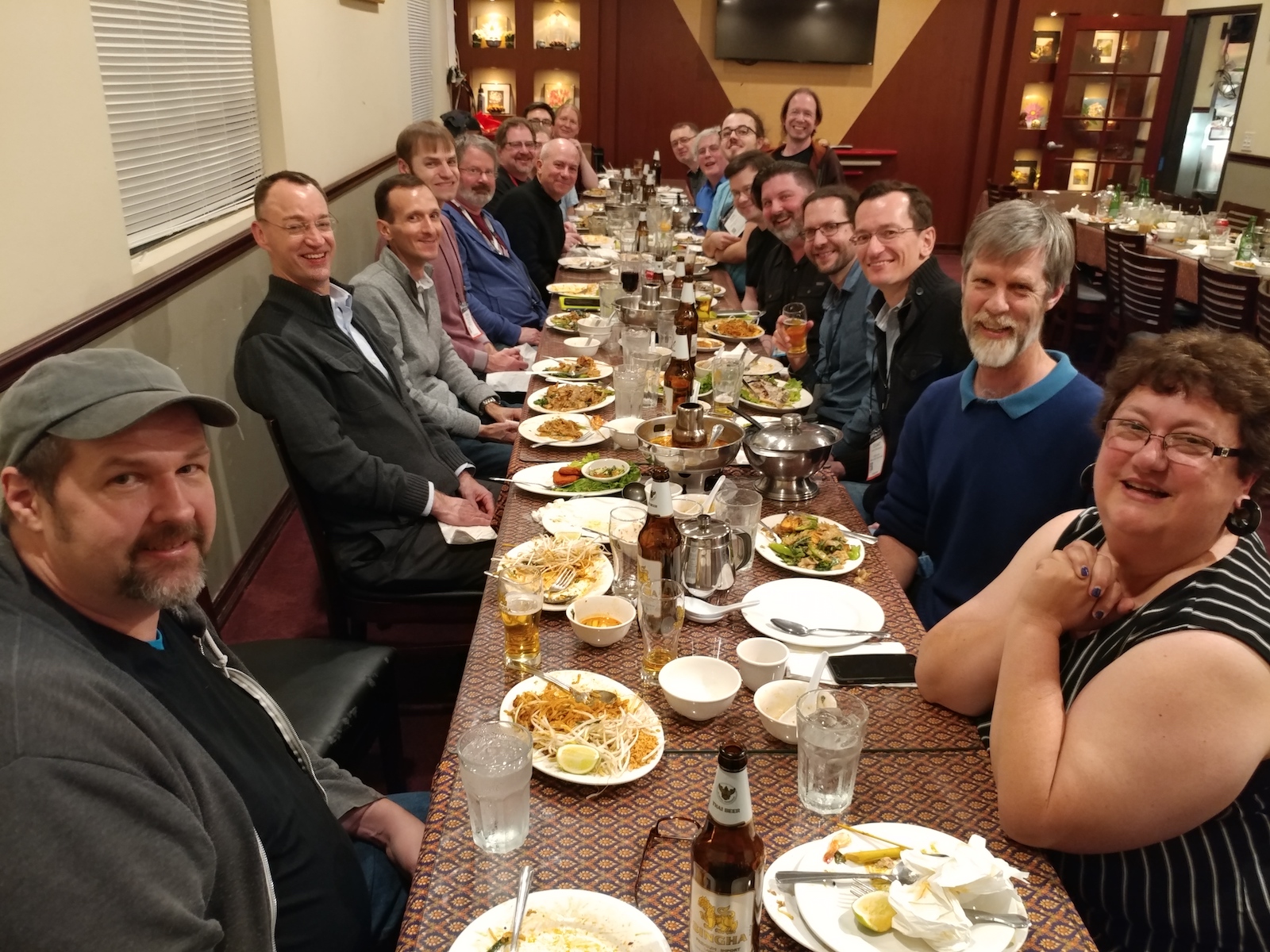 At the 2019 NAMM Show, we summarize the meeting of the W3C Music Notation Community Group, and provide complete video...