Note: All this week, we’ll be publishing short posts from the 2017 NAMM Show in Anaheim, California. It’s a huge exhibition, so we’ll focus on what we try to do best: cover the field of music notation software and related technology. 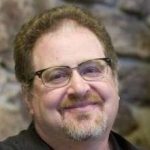 Our first post isn’t technically from NAMM — instead, it’s from 35 miles northwest in Los Angeles, California, where our guest blogger and good friend Doug LeBow covered last night’s Dorico presentation by Steinberg’s Daniel Spreadbury at the American Film Institute, in association with the Society of Composers and Lyricists.

On Tuesday, January 17, Steinberg product marketing manager Daniel Spreadbury demonstrated Dorico to approximately 100 members and guests of the Society of Composers and Lyricists, at the American Film Institute campus in Los Angeles.

Those attending this pre-NAMM event included many noted Los Angeles-based film and TV composers and orchestrators.

Demonstrating a pre-release build of version 1.0.30, Daniel wowed those in attendance with Dorico’s superb MusicXML import results, ultra-flexible notation options, and general intelligence in its ability to give users extremely well-laid out results with minimal effort or tweaking. 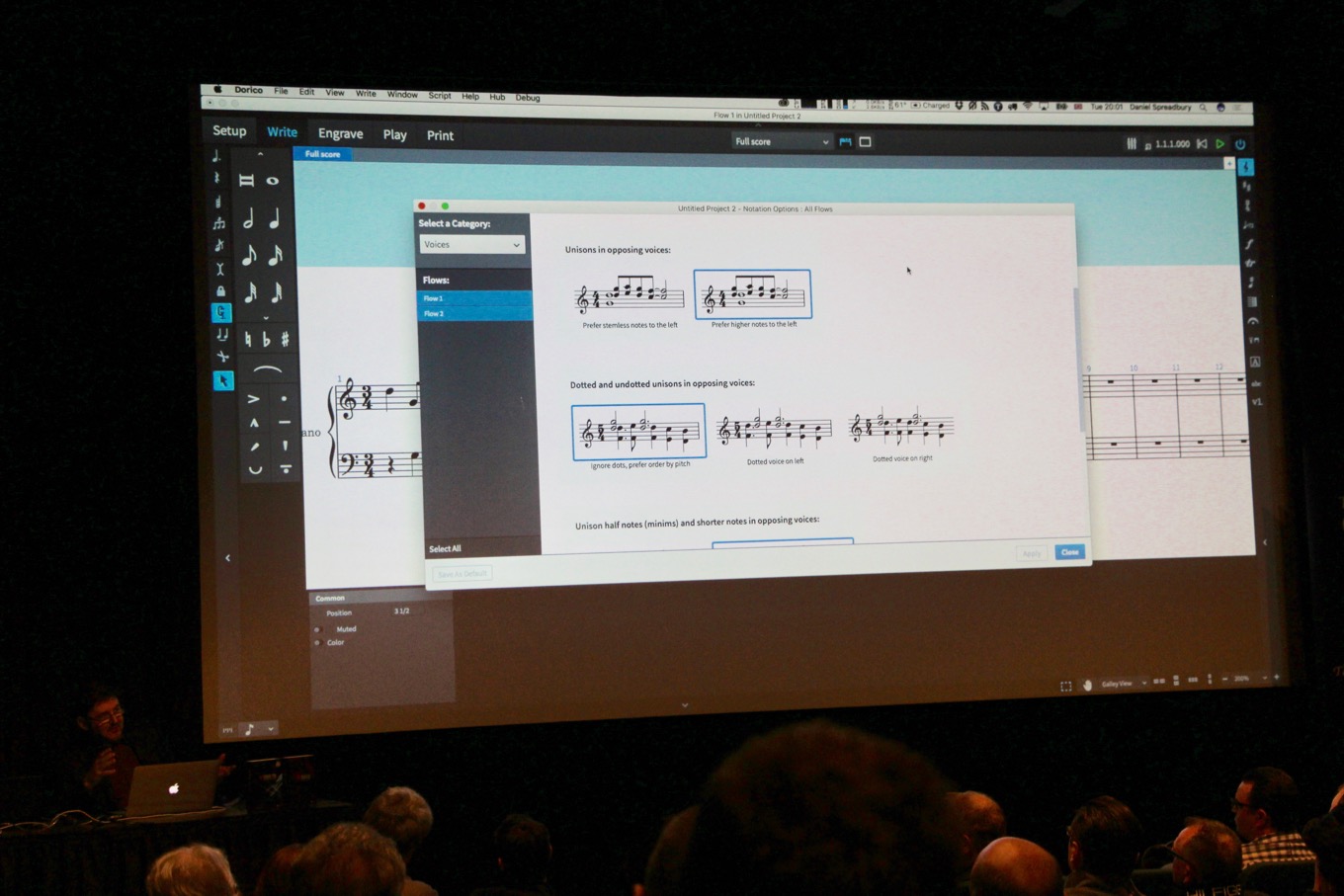 Similar to presentations previously reported on, Daniel demonstrated many of the features of Dorico’s five modes, including master pages, popovers, and custom engraving settings. At the SCL Event, Daniel dug deeper into both Write mode, with its many helpful features for composition and notational flexibility, and Play mode, with its ability to employ Steinberg’s Expression Map technology to improve and control playback results. 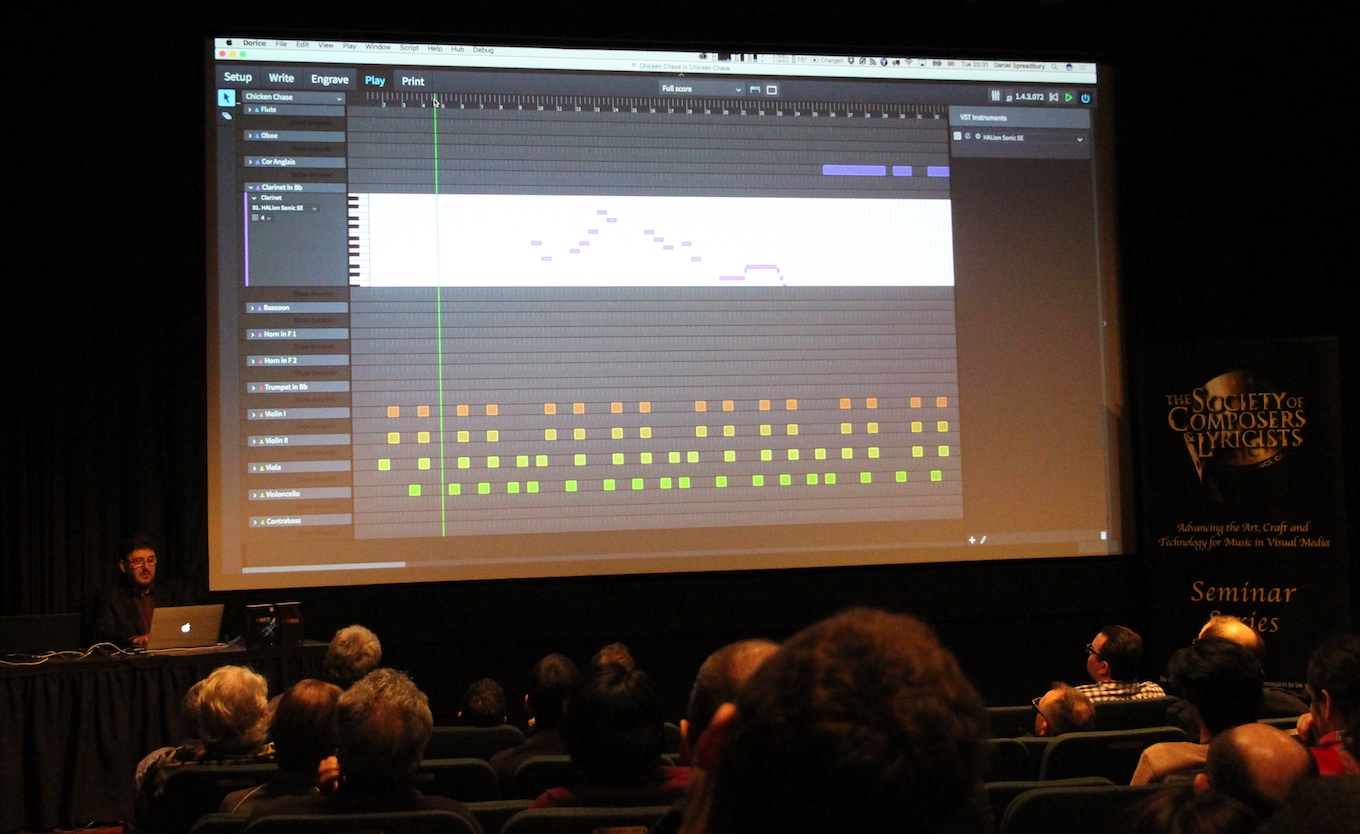 Also on hand from Steinberg was Greg Ondo, demonstrating Cubase 9.0.1. Both Daniel and Greg discussed ways in which Dorico and Cubase could work together as a full notation and production solution. 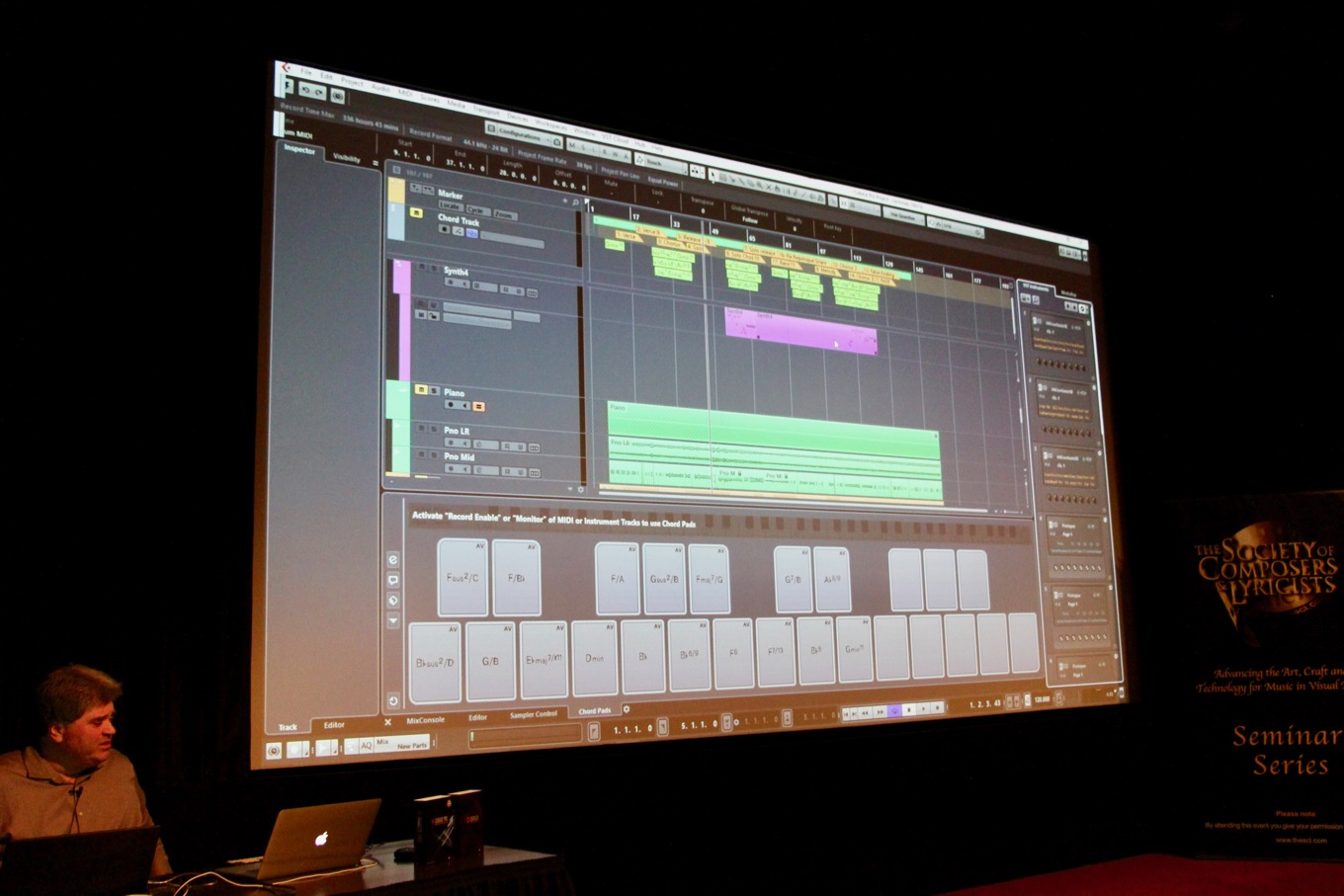 If you’re attending NAMM and want to see Dorico in action, Daniel will be giving short presentations at 12 noon on each of Thursday, January 19, Friday, January 20, and Saturday, January 21 at the Yamaha/Steinberg North America booth at the Elite 3 ballroom in the Marriott hotel adjacent to the Anaheim Conference Center.

And now, we are on to NAMM in Anaheim, from where Philip will keep you informed on many new and exciting developments. So stay tuned!

All photos by/courtesy of Doug LeBow.

The 2017 NAMM Show opens one week from today in Anaheim, California. Music companies and representatives from around the globe...