If it’s autumn, it must be time for a new macOS. That’s been the pattern in recent years, with Apple’s new operating system dropping at the same time the leaves fall off the trees.

Today’s offering, due for release around 10 a.m. Cupertino time, is macOS 13 Ventura, and like its predecessor, macOS 12 Monterey, the new macOS bears a healthy resemblance to its iOS and iPadOS counterparts.

To that end, iPadOS 16 will also come out at the same time, and nestled among the plethora of updates there is a better file manager, with a navigation button, an enhanced open and save panel, an ability to view the size of a folder, sortable columns, and the ability to change a file extension — all important improvements if you use applications like Dorico and Sibelius on iPad.

If you use music notation software — a likely assumption if you’re reading this blog — there’s not much in Apple’s Lucky 13 (or Sweet 16, on iPad) that will immediately be an evident help to your work with those applications, but in terms of an overall workflow boost, it’s worth taking note of a few highlights.

If you’re easily distracted, a new Stage Manager feature automatically organizes your apps and windows in a single view, moving your main app to the front and center, while shepherding other apps to the side, so you can quickly access them if needed. Especially if you only use a single monitor, you could find Stage Manager helpful in the perpetual battle versus a cluttered desktop environment.

Speaking of the desktop — the physical desktop, that is — Ventura will allow you to use your iPhone as a webcam for your Mac, on the theory that even mediocre iPhones generally have better cameras than the top Macs. This feature is called Continuity Camera, and it comes with a Desk View that uses the ultra-wide lens to show off your desk if you need to demo something. I can see my podcast co-host David MacDonald making use of this one to show off all of the fancy gadgets he has on his desk these days. 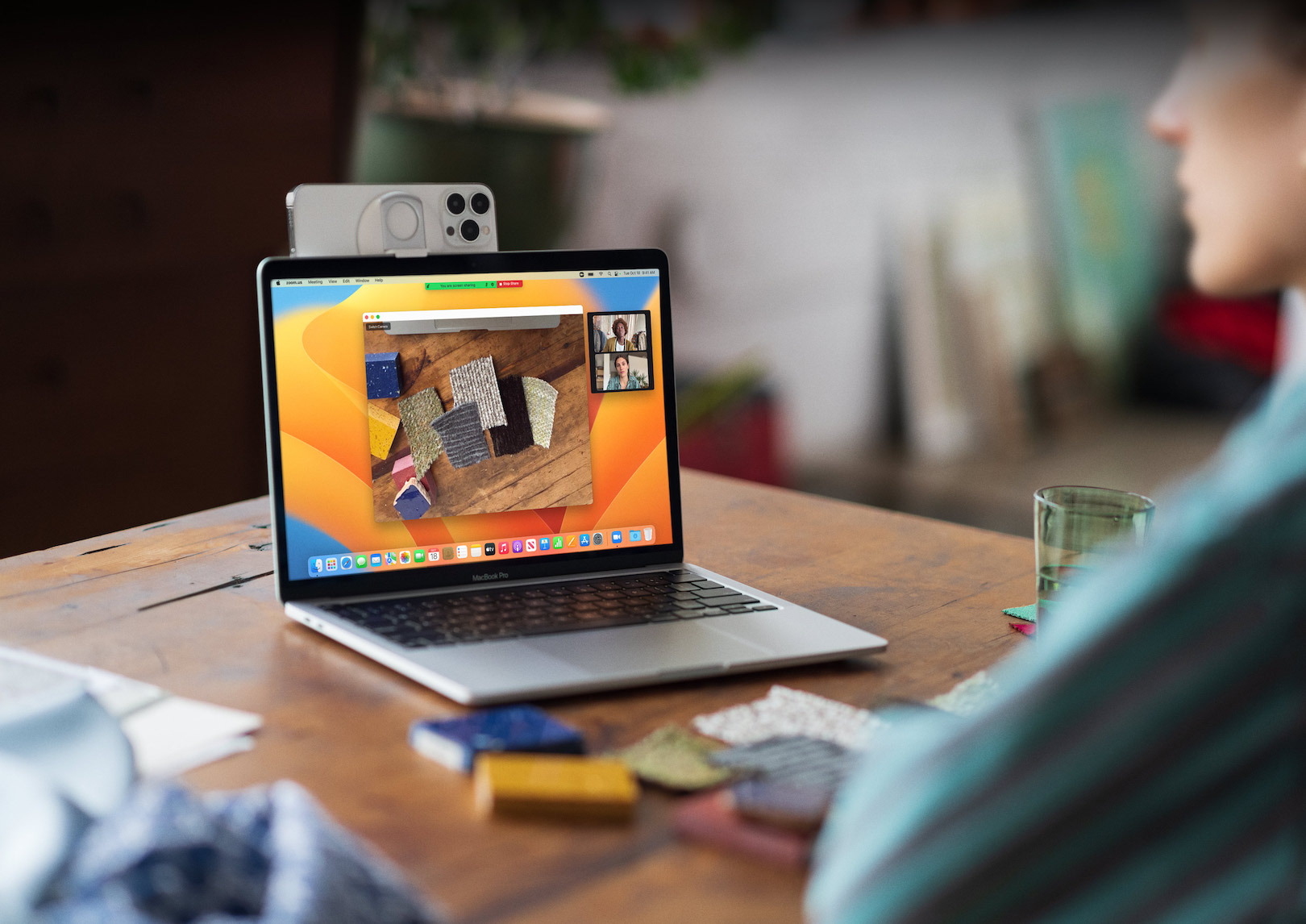 Regarding Apple Silicon, the chip that underpins the latest Macs, all of the major desktop applications will run on these Macs, but as of the initial publication of this post, only Finale and Dorico offer native support. The others will run under Rosetta 2, the emulation layer that translates Intel-based code for Apple Silicon. While not as fast as native support, practically speaking, Apple Silicon Macs are so fast that even apps running under Rosetta 2 are still generally faster than the same app on an Intel-based Mac. Still, we’ll keep our eyes open for true Silicon support if and when it comes, and update this post accordingly.

Users of NotePerformer, the excellent and affordable sound library and playback system for Sibelius, Finale, and Dorico, will be happy to learn that there is now a beta version of an Apple Silicon-native version of NotePerformer now available, for use with Finale and Dorico. If you enter your NotePerformer registered email address into the form on the NotePerformer web site, you’ll get an email with the new download link. A post on the Dorico forum provides some additional information.

Back to Ventura — we don’t expect any issues with users of music notation software upgrading from macOS 12 Monterey or earlier to macOS 13 Ventura, as long as you are running the latest version of your application of choice (consult our Scoring Notes Product Guide to make sure that you’re staying current). As always, though, caution is advised, and, unless you really need to do so sooner, it’s best to wait to move to Ventura until your favorite applications are officially supported.

And, as ever, on the Scoring Notes podcast, we have a few time-testing tips and strategies to follow when it comes time to click that big button, whether it’s the one that says upgrade your operating system or the one that debits your bank account and results in a brand-new computer, and the steps you should take to ensure that everything goes as smoothly as possible.

If you’re using any of these products with Ventura, you are very welcome to share your experience in the comments section.

Note: The official Ventura status will not say “Supported” unless the developer has fully qualified its software to run on that version of macOS.

On December 15, 2022, Avid released Sibelius 2022.12, the first version of Sibelius to be officially supported on macOS 13 Ventura. However, it is not a Universal application, and thus is still required to run under Rosetta 2 on Macs with Apple Silicon hardware, such as the M1.

You’ll want to bookmark the operating system compatibility chart for all versions of Sibelius (going back to 1.4!), and periodically refer to it when it is updated.

Finale v27.3 is a universal binary application, allowing it to run in Apple Silicon native mode.

On December 13, 2022, MakeMusic updated its Knowledge Base article with the following information:

Apple has recently released the public version of their newest OS, macOS 13 (Ventura). We have been testing the latest versions of Finale with Ventura and consider Finale v27.3 fully compatible with Ventura. All previous versions of Finale (v27.2 and earlier) are not considered compatible. No updates will be issued for v26 (and earlier) and these releases will continue to remain in their current state.

Although Finale v27.3 is compatible with Ventura there are still a few minor issues related to the new Stage Manager and Continuity Camera features in Ventura. You can learn more about those below:

We are working with Apple to address these concerns to make sure that they are resolved in a timely manner. These will not prevent you from working but may slow down your usual workflow so we recommend that you hold off on using these features for the time being.

Dorico 4 is a universal binary application, allowing it to run in Apple Silicon native mode.

“Dorico 4.2 is supported on macOS 13 Ventura. We’ve tested the software and have encountered no specific issues.

“iPadOS 16.1 will also be released on Monday 24 October, and Dorico for iPad is also supported on iPadOS 16.1, though we know that users on some devices (running both iPadOS 15 and 16) have encountered some problems with the app freezing when they attempt to trigger menus from buttons (e.g. in Dorico’s options dialogs, or from the ‘…’ button in the player cards in the Players panel in Setup mode). This problem will be fixed in the next Dorico for iPad update.”

For complete information about Dorico and all of Steinberg’s products, consult the official Steinberg product compatibility page for Ventura.

When MuseScore emerges from beta status we will update its status with respect to macOS Ventura and Apple Silicon.

At this time, the latest official version of MuseScore, version 3.6.2, is not officially supported on Ventura.

PreSonus will issue official guidance for all of their products for Ventura and Apple Silicon soon.

Notion on desktop is supported on Ventura under Rosetta 2.

Notion Mobile (their new free cross-platform application) is supported natively with Apple Silicon on Mac, and on iPadOS 16 and iOS 16.