Another year, another Mac operating system — and another year that the Mac and iOS underpinnings get ever closer to each other.

While they are still worlds apart in many ways, this does feel like a pivotal year for the ways in which you could work on your Mac and iPad and be lulled into believing you were using one device or the other — and not just because of what the engineers and designers based in Cupertino have created. 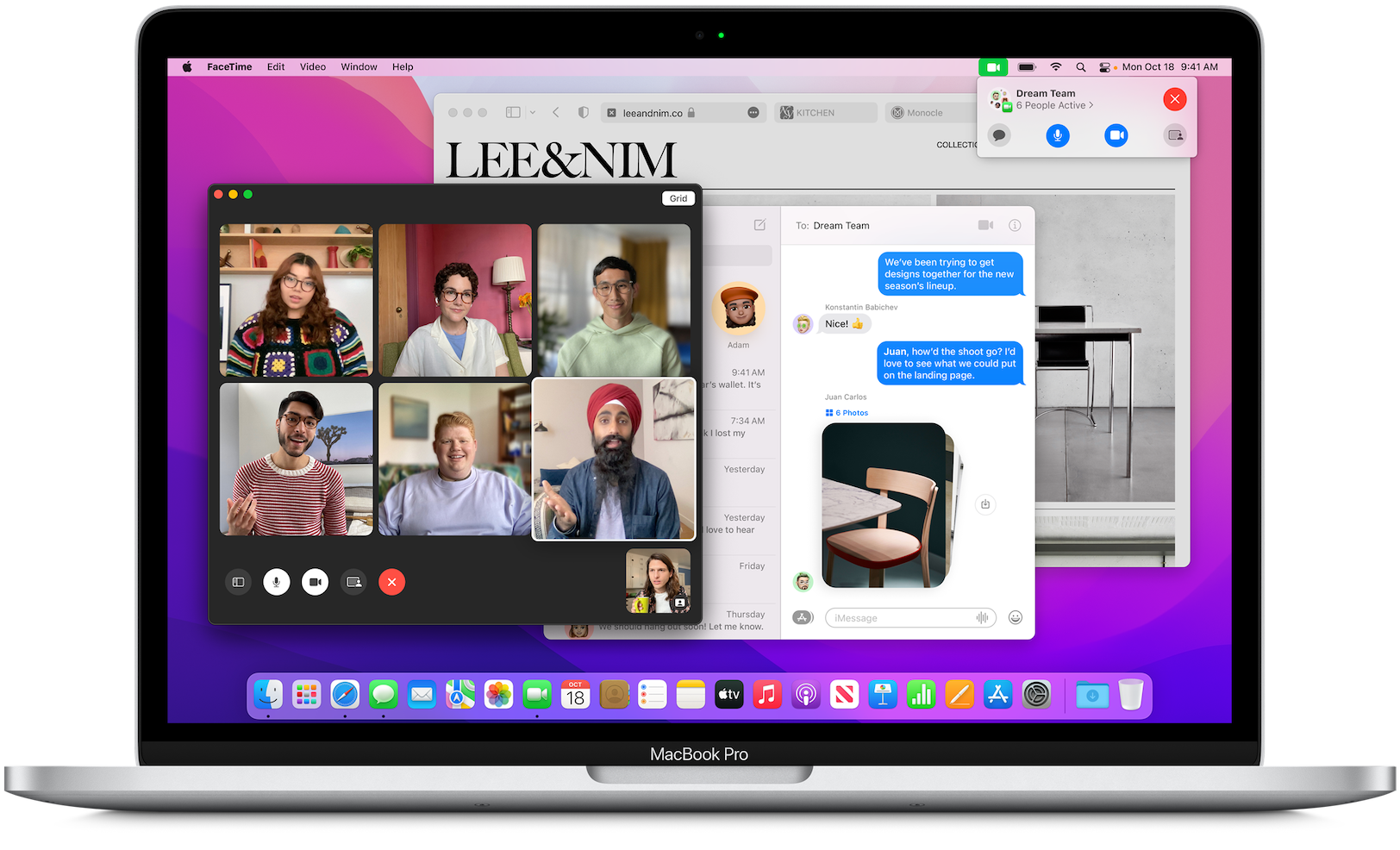 Elsewhere around the globe, the London-based Dorico team and the Montréal-based Sibelius team took successful plunges into iWorld, with 2021 seeing both Dorico for iPad and Sibelius for Mobile on iPad released within one day of each other (our heads are still spinning). That was followed quickly by a Dorico for iPad update that made it even easier for users to work on the iPadby removing the player limit, and just this week by the release of Sibelius on iPhone that literally puts Sibelius in your pocket.

Back to the Mac… just as we expect many Dorico and Sibelius features to make their way to both platforms, so too is the case for the macOS operating system itself. All of the marquee features of macOS 12 Monterey either have their origins on iOS or are designed to make your iPad, iPhone, and Mac work together more easily, or at least more similarly to one another. Features like Focus, AirPlay to Mac, and Shortcuts will be familiar to those already with iDevices, and especially those running iOS 15 or later.

The one feature we’re most excited about here actually didn’t make it in time for the official October 25 release. Universal Control, which Apple says is coming “later this fall”, will allow a single mouse or other pointing device and keyboard to work across multiple Macs and iPads. All that’s needed is for you to put your devices next to each other and move your cursor between them. Dragging and dropping content from one Mac to another Mac is also promised. 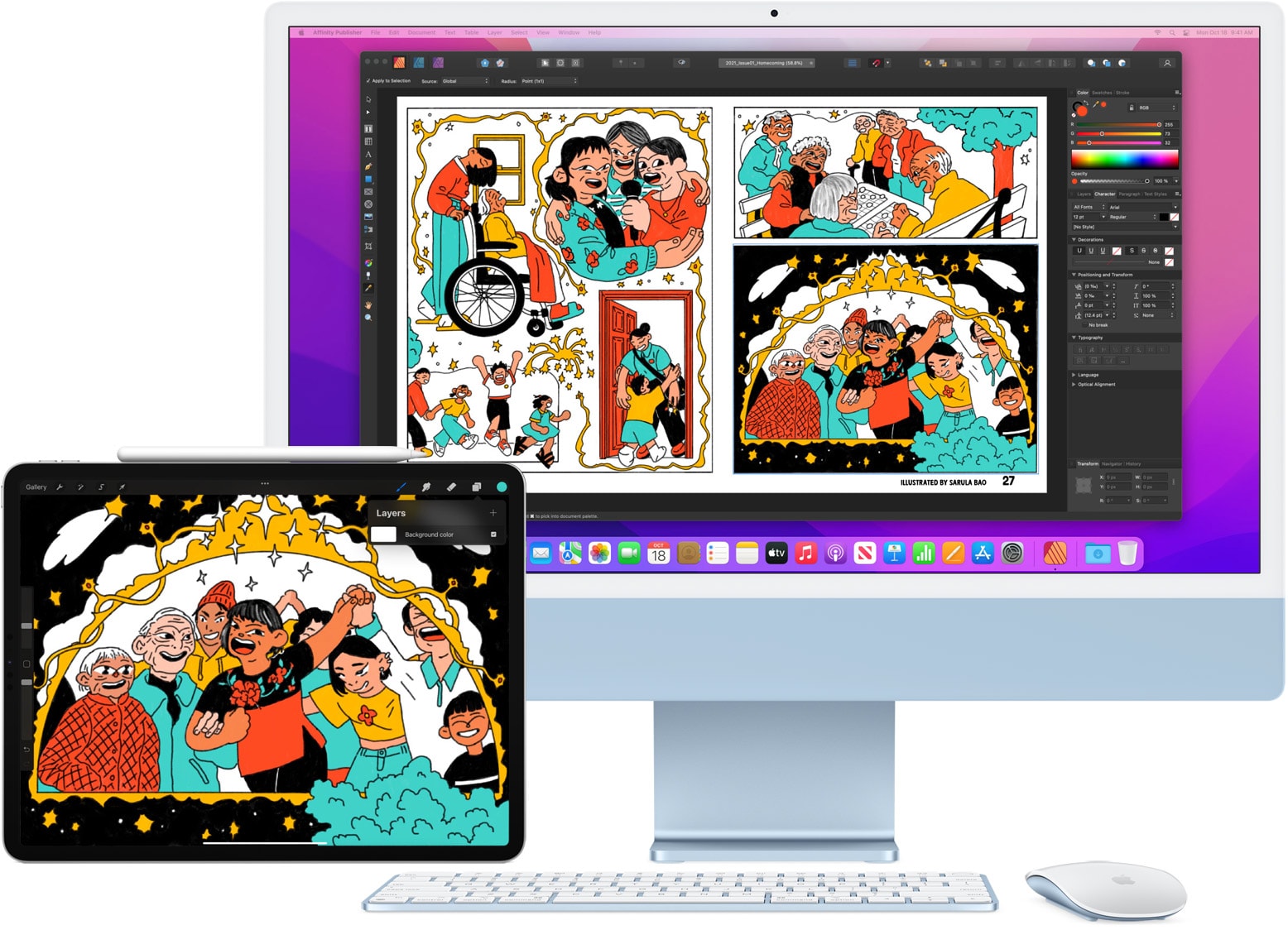 There are also new entries to the M1 Apple Silicon chip lineup, first unveiled last year. The M1 Pro and M1 Max chips power new MacBook Pros with head-turning speeds and, in many cases, jaw-dropping prices. Good, fast, and cheap — you know what they say: you can have two of the three!

In music notation software-land, all of the major desktop products will run on Silicon, but, as of the date of this initial post, only in Rosetta, Apple’s emulation mode. Not to worry — they will still likely be plenty fast, or perhaps faster than the same application that runs natively on Intel machines. But we’ll keep our eyes open for true Silicon support if and when it comes, and update this post accordingly.

As far as Monterey is concerned, we don’t expect any issues with users of music notation software upgrading from macOS 11 Big Sur to macOS 12 Monterey. As always, caution is advised, and, unless you really need to do so sooner, it’s best to wait to move to Monterey (the OS, that is) until your applications of choice are officially supported.

And, as ever, on the Scoring Notes podcast, we have a few time-testing tips and strategies to follow when it comes time to click that big button, whether it’s the one that says upgrade your operating system or the one that debits your bank account and results in a brand-new computer, and the steps you should take to ensure that everything goes as smoothly as possible.

If you’re using any of these products with Monterey, you are very welcome to share your experience in the comments section.

On March 17, 2022, Avid released Sibelius 2022.3, which brought official support for both macOS 12 Monterey and for M1 Macs, but only under the Rosetta 2 translation layer. No information was provided regarding when Sibelius will run natively on these machines as a Universal application.

Finale v27.2 is a universal binary application allowing it to run in Apple Silicon native mode.

In a Knowledge Base article updated on April 28 2022, MakeMusic said:

The following products are Universal Binary applications that can run natively on Apple silicon Macs as well as Intel Macs.

The following products have been tested on Apple silicon Macs via Rosetta and are considered compatible. Since they are not Apple silicon native applications, they must be used through Apple’s Rosetta 2 technology.

If you rely on third-party plug-ins and hardware while using Finale, it is recommended to check with the manufacturers of these products for their specific guidelines regarding Apple silicon.

Dorico 4, released on January 12, 2022, is supported on Monterey and natively on Apple silicon.

Dorico 4 is a Universal app, which means that it runs natively on both Intel-powered Macs, and on the latest Apple silicon Macs, such as the M1 MacBook Pro, iMac and Mac mini. If you have an Apple silicon Mac, Dorico will run as a native application by default.

Testing and reports from community members using 3.6.2 with Monterey are very positive. We still need to continue with these tests and wait a little longer to receive more community feedback before advising users to make the upgrade. More to come about this soon.

MuseScore 4 is planned for release sometime in spring of 2022, according to Martin Keary.

The PreSonus Knowledge Base article on Monterey has a full list of supported and unsupported PreSonus hardware and software products on Monterey.

As of October 25, 2021, the PreSonus Knowledge Base article on Apple Silicon states:

Regarding Notion for iOS, PreSonus has said that there’s no plan for to offer that app to run on M1-powered Macs.