This article is no longer being updated. Please see this post regarding macOS Monterey and M1 for further updates.

If you have trouble keeping up with all the macOS software updates, new hardware and naming conventions (what happened to the cats?), you’re not alone. Fortunately, we’ve got you covered, at least when it comes to desktop music notation software. 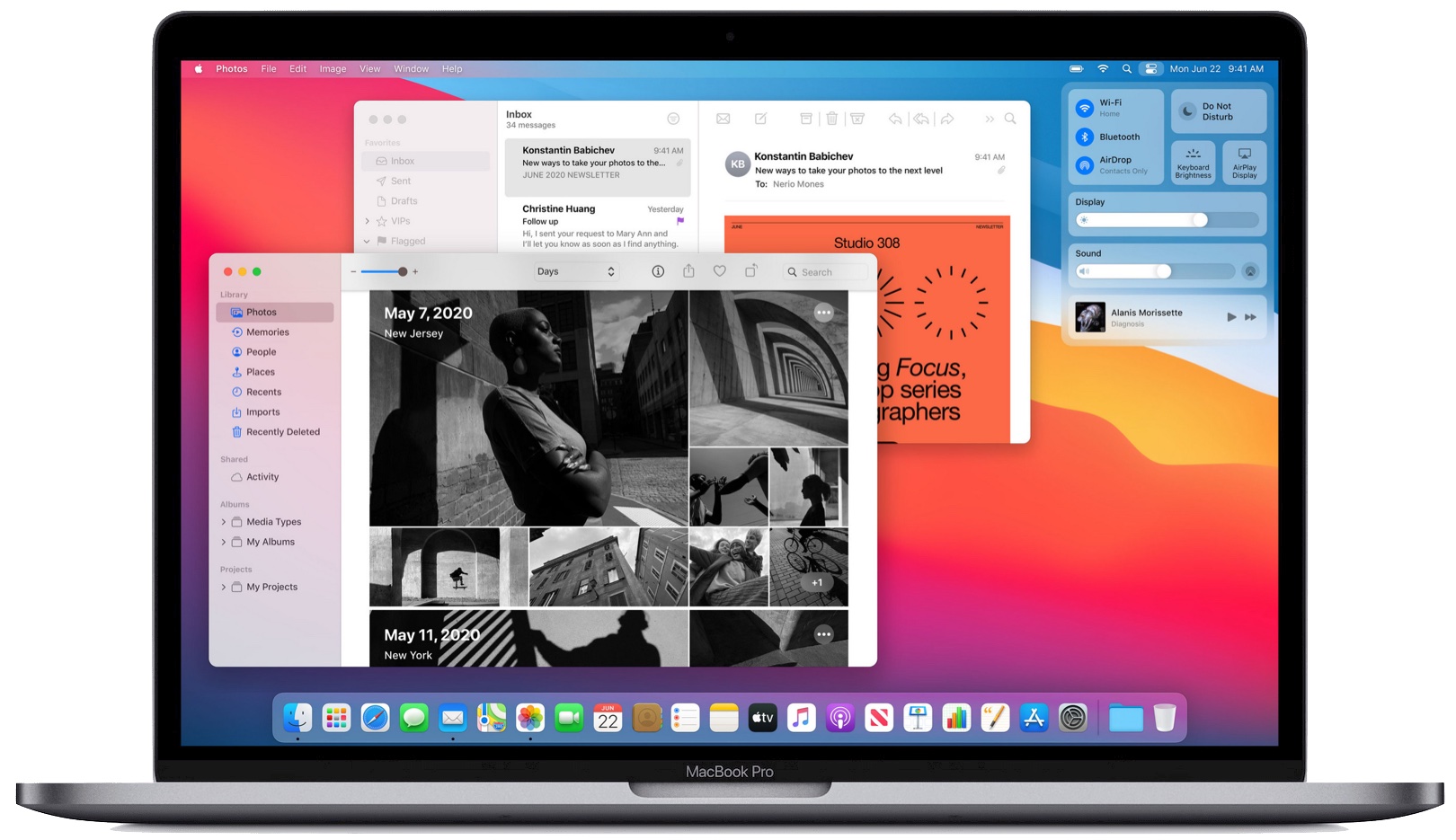 Let’s start with the software. After months of waiting, macOS Big Sur is set to be released on November 12, 2020. Big Sur is the first Mac operating system with version number 11 (Catalina was 10.15).

As we’ve come to expect, Big Sur showcases a number of design enhancements and blurs the line even further between a Mac and iOS, when it comes to the OS’s appearance and core Apple features like Messages, widgets and the Control Center.

As far as Sibelius, Finale, Dorico, MuseScore, and Notion, are concerned: Broadly speaking, Big Sur does not appear to affect these applications much one way or the other. We don’t expect users already working on macOS Catalina to be negatively or positively affected by Big Sur when working with these applications — and whenever a new OS is involved, status quo is very welcome news indeed.

The new hardware is another matter. For the first time since the transition from PowerPC processors to Intel chips more than a decade ago, Apple is introducing different processors in its new MacBook Air, 13-inch MacBook Pro, and Mac Mini, with the remainder of the Mac line expected to follow over the next two years. The new M1 chips, its first in the new Apple Silicon family, share similarities with the A-series chips you’ll find already find in iPhones and iPads, further cementing the link between Macs and iOS devices. 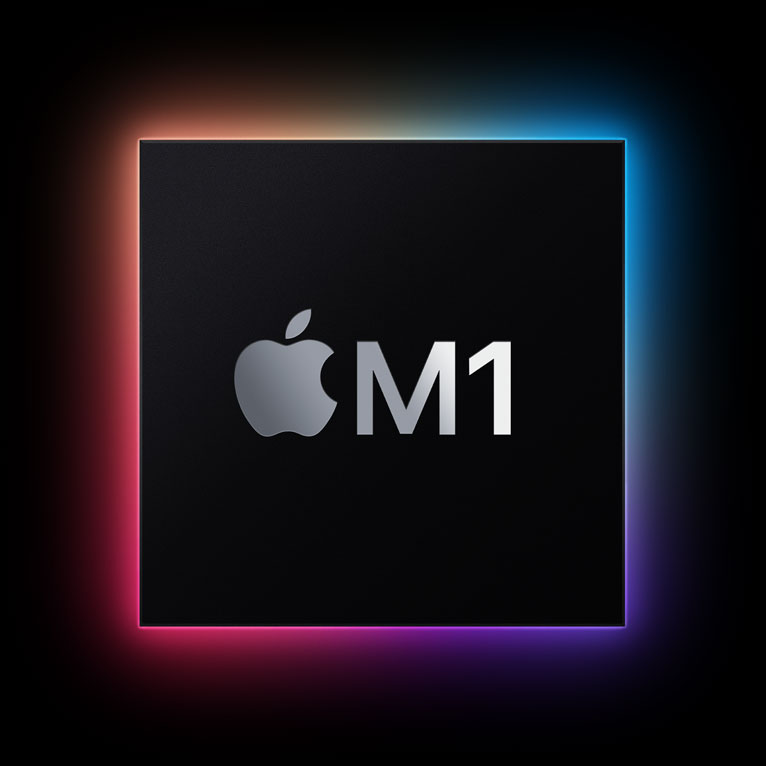 Apple has said that its new M1 chips, based on Arm architecture, will enable its machines to be more powerful while running more efficiently. The common architecture will make it easier for developers to create applications that run across the entire Apple product line — including the possibility of being able to run iOS apps natively on a Mac.

With new processors come new challenges. Thankfully, Apple has created a translation layer invisible to the user, called Rosetta 2, that will allow existing Intel apps to run on M1 — much as it did with the original Rosetta, which was created to facilitate the transition from PowerPC to Intel Macs.

However, complex software like music notation programs, engineered to run on Intel hardware, are built using a number of integrated components, not all of which may natively support M1 out of the gate. For instance, it does not appear that Qt, the cross-platform application framework upon which Sibelius, Dorico, and Musescore are dependent, will be updated to natively support M1 until later in 2021, which means these products will likely be running under Rosetta on M1-powered Macs for a good while to come. (When an application is released with both native Intel and Apple Silicon support, it will be packaged as a “Universal 2 Binary”.)

Finale does not rely on Qt, but, like Sibelius it does use the VST audio engine developed by Plogue Art et Technologie. Because the current VST 2 engine in use will not be updated for native M1 support, those hosts will need to develop VST 3 versions in order to natively support M1 as well.

Suffice it to say, like with any bleeding-edge technology, it’s possible you may see some teething pains if you rush out and purchase a new M1-powered MacBook — especially if you rely on any audio plug-ins, or, in some cases, any audio in your work with music notation software.

Below, we’ll share what we know about the Big Sur OS, the M1-based Macs, and the software Sibelius, Finale, Dorico, MuseScore, and Notion. If you’re using any of these products, please share your experience in the comments section.

Previously, Avid had announced that Sibelius 2020.6 and later was supported on Big Sur on Intel.

In a Knowledge Base article updated on September 22, 2021, MakeMusic said:

After thorough testing on macOS 11 Big Sur, we have determined that Finale v26.3.1 and v27.0 are both compatible with this OS. We are not aware of any major issues that prevent the program from operating as expected. There are, however, a few minor cosmetic issues in v26.3.1 specifically that are present and we will continue to work with Apple to address these. For more information on these, visit the articles linked below.

After thorough testing with Finale v26.3 and v27 on Apple’s latest M1 silicon chip based computers, we have not found any issues that will prevent the program from working as expected. Finale is not currently Apple Silicon native though and must be used through Apple’s Rosetta 2 technology.

If you rely on third-party plug-ins and hardware while using Finale, it is recommended to check with the manufacturers of these products for their specific guidelines regarding macOS 11 and Apple Silicon M1.

On February 23, 2021, Steinberg announced official support for running Dorico on the latest Macs with the M1 processor under the Rosetta 2 translation environment.

Dorico 3.5.12 has been tested on the new Apple M1 processors used in the new late-2020 13″ MacBook Pro, MacBook Air and Mac mini computers that are the first models using the new architecture, and has been found to work just as well as it does on Intel-based Macs. Dorico 3.5.12 is not a Universal application: it has not been rebuilt and fully optimised for the new architecture. But the good news is that it runs beautifully under Rosetta 2, with performance that is comparable to running on the Intel i9 processor in the mid-2019 16″ MacBook Pro.

Releasing a Universal version of Dorico that takes full advantage of the new ARM architecture will require more time. Dorico is a complex application with many dependencies, both on third-party technologies and on components built by other teams within Steinberg, including some – like the audio engine – that have been extensively fine-tuned and optimised for Intel processors, and which will require additional work to get the best out of the new ARM platform. We are planning to release a Universal version of Dorico in the future, but it is not planned for the current version, Dorico 3.5.

Consult Steinberg’s Big Sur compatibility chart for the status of all of its products. Steinberg recommends you to “download the latest eLicenser Control Center version from the eLicenser page and make sure to install it before other Steinberg applications.“

On January 16, 2021, MuseScore’s head of design Martin Keary has provided the following statement to Scoring Notes:

MuseScore 3.6 comes with a fix that makes it fully functional [under Rosetta 2] on M1 chip devices. Uploading to MuseScore.com directly from the app is working as before.

As of November 10, 2020, Notion product manager Chris Swaffer has provided the following statement to Scoring Notes:

Notion is compatible with macOS 11 Big Sur, with version 6.8 required to run. Please note if you rely on any third-party plug-ins on a regular basis, you may wish to check their respective developer websites for updates, as they themselves may not install or run correctly under macOS 11.

There are no known issues with Apple Silicon test hardware and Notion 6 at this time.

The PreSonus Knowledge Base article on Big Sur has a full list of supported and unsupported PreSonus hardware and software products on Big Sur.

As of April 30, 2021, the PreSonus Knowledge Base article on Apple Silicon states:

Regarding Notion for iOS, PreSonus has said that there’s no plan for to offer that app to run on M1-powered Macs.