I’m happy to present a new font called MusGlyphs. MusGlyphs derives all its glyphs from Bravura and Academico, modifying them to allow the user to type in intuitive key combinations to create these glyphs within text: aligned, correctly sized, and spaced together nicely.

Here’s a brief backstory of how MusGlyphs was created.

A few weeks ago, a user on the Dorico forum was needing to add a time signature as a text item and mentioned in passing that it seemed more difficult than it ought to be to do something so simple. That’s true of adding most (all?) music glyphs as text items. While the glyphs are readily available, they typically have to be copy-pasted from a character map, or input using Unicode, which is far from intuitive. Often they also need to be resized and their baselines altered significantly to make them look like they match the Roman text around them.

It’s easy enough to map basic symbols to single letters, of course. “q” is a quarter note, “h” is a half note. But that’s clearly not the complete solution. I was fairly new to fonts, but a little digging revealed that ligatures were the answer. A ligature is essentially a substitution: type a combination of keystrokes, and an entirely different character is displayed. The most common ligature is the “fi”:

If you’re using a program that supports ligatures (hint: you need to have them turned on, too!), and if you’re using a font that includes this ligature, when you type “f” followed by “i,” you get a new glyph. It hasn’t simply squished the two characters together, although it appears that way; it’s actually a completely different glyph that the program displays in place of the “fi.”

Of course you can see the potential here: if you want to type “4/4” and have the time signature displayed as it would appear in the score, you simply need to create that time signature as a unique glyph within the font, then assign the key combination “4/4” to trigger it.

That’s really all there is to tell. MusGlyphs is a bit unorthodox, since I wanted to avoid some OpenType functionality that was more powerful but may not be available in some programs. Every glyph, including every time signature, is either a direct mapping of a letter or a unique ligature triggered by what I hope are intuitive key combinations. It should be useful to music educators, scholars, and any users that want to quickly add various musical symbols as text.

All the most common glyphs are represented, I think: time signatures, key signatures, chord symbols, clefs, notes, rests, and more. You can find all the info you need on the character map. The intention is that, while a user might need to check the map for reference the first time, the key combinations are quickly learned and intuitive.

I hope you find MusGlyphs useful. If you find any errors or have requests for symbols to be added that would helpful for other users, please let me know. 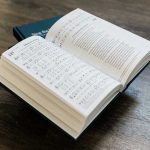 Ambitus is a font that can be used to quickly create musical hints, like vocal ranges or initial pitches of...

From the creator of MusGlyphs and MusAnalysis comes MusFrets — a text font that allows the user to type guitar...