If you’ve ever needed to create guitar chord diagrams, you know it can be a bit of a pain. There are a number of online chord generators, but some of them are downright ugly, and most generate an image that’s too large to insert into a chord chart. Your other options are to use the built-in function of a music notation software (which takes time), or draw them in something like Paint (which takes even more time). And when you’re done making the diagram, most of these options output it as an image file, which can affect display and print quality.

It was this difficulty that motivated me to create a text font for chord diagrams. I call it MusFrets, and you can get it at Notation Central, along with MusGlyphs and MusAnalysis, the other fonts I’ve created.

The basic premise is that you can create comprehensive guitar (or ukulele) chord diagrams in a word processor or other software by simply typing intuitive characters — just like with MusGlyphs and MusAnalysis.

In MusFrets, you type a number sign (#) to display a blank five-fret diagram, and then use x, o, and 1–5 to create whatever diagram you want. Type ## twice to display the fretboard without the nut (there are several other types of fretboards you can use as well: 4-, 6-, 7-, and 8-line, as well as ukulele… but in the interest of brevity, I’ll limit this blog post to an overview).

The following diagram was created by simply typing #o221oo: 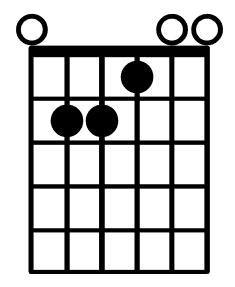 You can also add finger numbers after each fret, either below the diagram by typing f1, f2, etc. after each dot, or inside the fret dot by typing f1i (“inside”), f2i, etc: 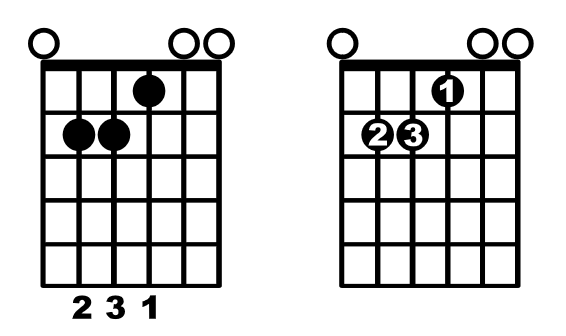 You can also use note names, either inside the fret or below the diagram, as well as functional labels (root, 3rd, 5th, etc): 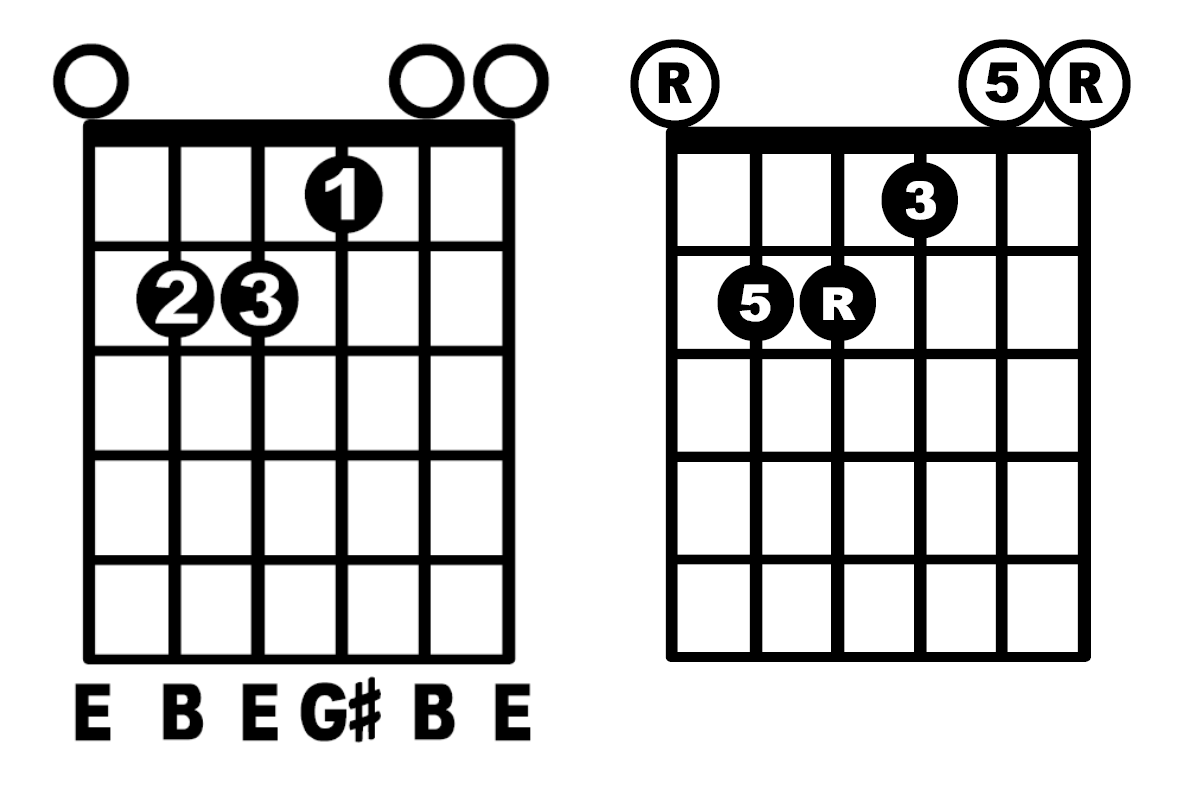 As soon as version 1.0 was released, a number of users requested the ability to add multiple frets on each string; so in the latest release (v. 1.1), I’ve added that functionality using comma to indicate that the following fret number should be on the same string as the previous. Here’s # followed by 1,2,32,3,52,3,43,4,5: 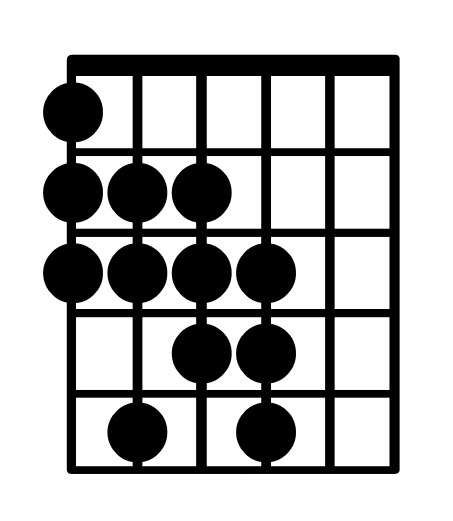 …and you can use this multi-fret functionality in conjunction with finger numbers, note names, and functional labels inside the frets.

It’s easy to add barres. Simply type b, followed by the number of strings the barre will span. Barres can start on any string and span from 2 to 6 strings. This diagram was typed as #, then b6, followed by the standard fret and number indications. 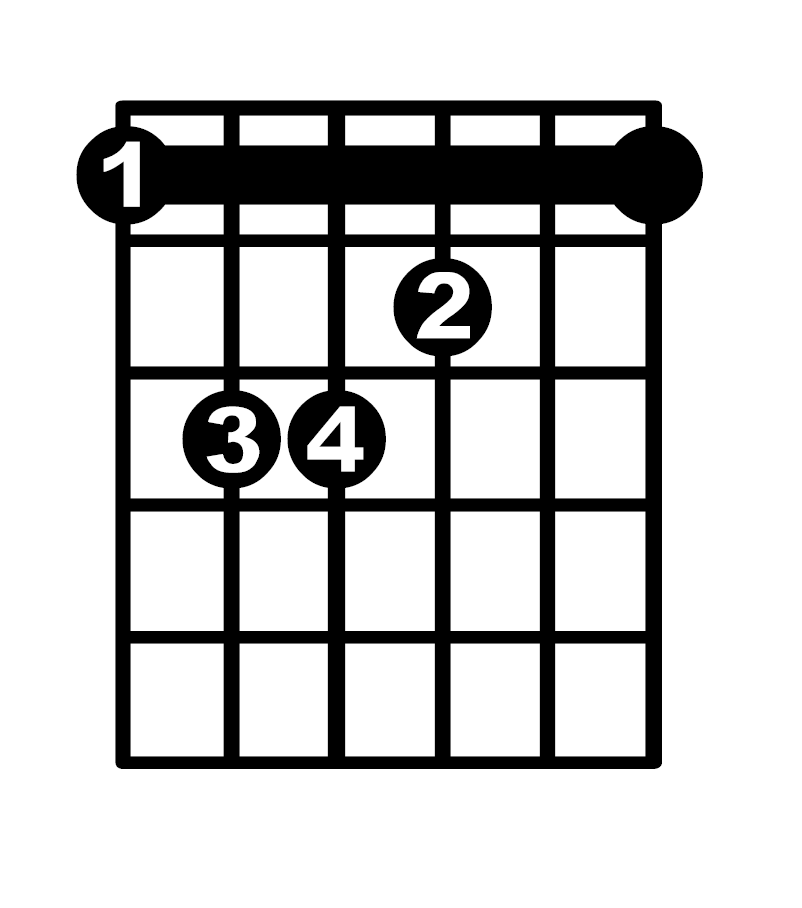 Here’s the same diagram displayed with a slur-style barre, typed as s6: 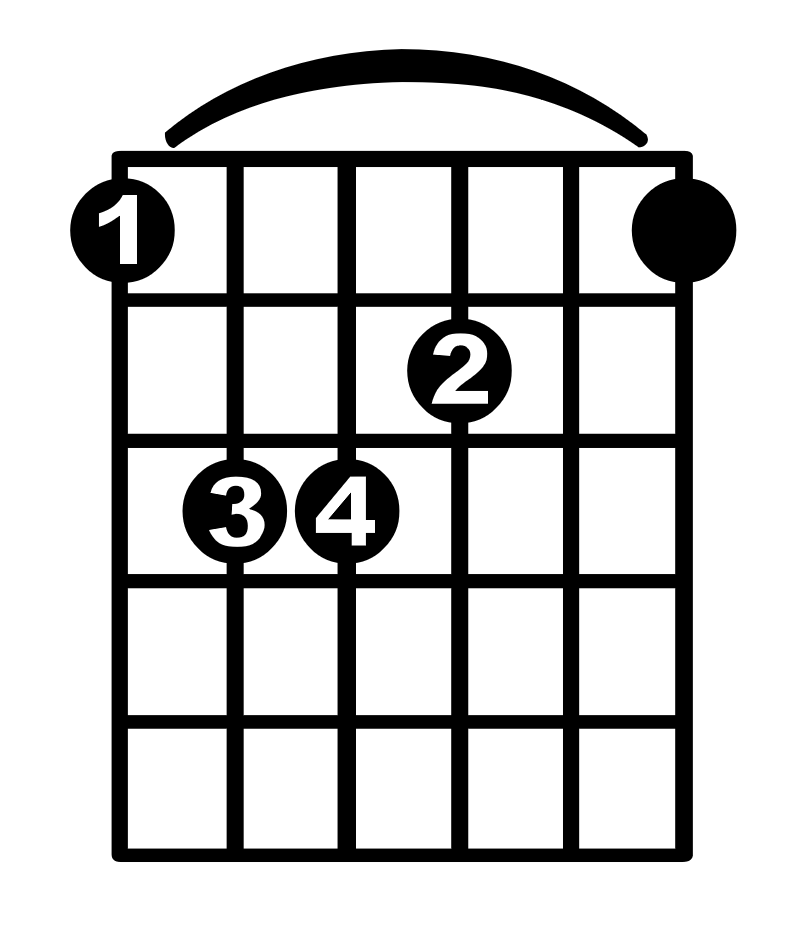 Barres can be shifted down by adding a d suffix (for “down”).

You can easily add fret indications after the chord diagram, either as Arabic or Roman numerals:

Finally, MusFrets 1.1 adds support for 118 common chord diagrams, which can be displayed by simply typing the chord name, a period, and a number suffix. For example, there are five available variations of the A major chord, which can be displayed by typing A.1, A.2, A.3, A.4, or A.5. To display the chord diagram with finger numbers, add an f suffix (for example, A.1f). The following diagrams are displayed by simply typing A.1, Dsus.2f, and F#sus.1:

MusFrets is available at Notation Central. It was created and is made available under the SIL Open Font License, and as such it is available at no charge; however, a suggested contribution of $10 or whatever you care to contribute towards this project is greatly appreciated.

MusFrets works in Dorico, Sibelius, Finale (Mac-only on Finale at present), and MuseScore. It also works in pretty much any program that supports standard ligatures, kerning, and contextual alternates.

I hope you find MusFrets useful in the creation of clean, beautiful chord diagrams. I welcome your feedback to help MusFrets continue to improve!