MuseScore 2.2 released with playback updates and other improvements - Scoring Notes
Skip to content

MuseScore has released an update to its desktop notation software. MuseScore 2.2 was released on March 27, followed quickly by 2.2.1 to fix a few additional items. As detailed in the release notes, MuseScore 2.2 introduces a new default soundfont and other playback improvements, a handful of other new features, and hundreds of bug fixes and user interface enhancements, all while preserving compatibility with earlier releases.

This is the first release of MuseScore since the company was acquired by Ultimate Guitar (more on that later). 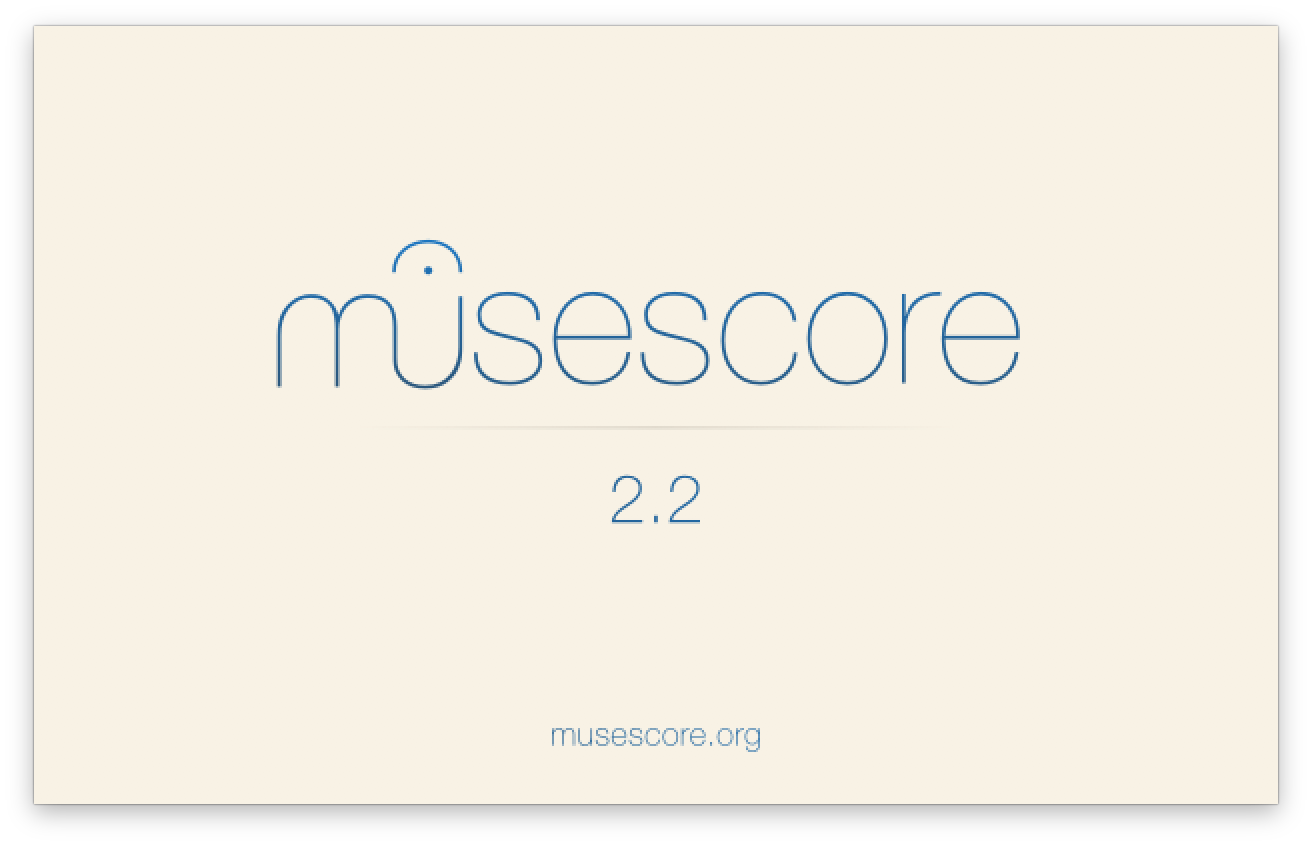 MuseScore 2.2.1 is available for free from the official MuseScore website.

Here is a rundown of some of what you can expect.

MuseScore users have long expressed their desire for improvements in playback — the quality of the default sounds, the ability to integrate with other MIDI software and hardware, and more control over the playback of various markings. MuseScore 2.2 makes strides in all of these areas.

One of the first things Ultimate Guitar has done to help shape the future of MuseScore is to ask S. Christian Collins – creator of the well-known GeneralUser GS soundfont — to design a brand new soundfont specifically for MuseScore. This is an ongoing process that will eventually include new and improved samples for as many instruments as possible. MuseScore 2.2 introduces the first version of this new soundfont, MuseScore_General. It is based on the FluidR3 soundfont that MuseScore included as the default ever since the release of 2.0, but, starting with the pianos, Chris has replaced some of the samples and tweaked the settings of others to improve the most problematic of the sounds in the original.

Future versions of this soundfont will gradually improve more and more of the sounds. Chris has also helped identify, propose, and design synthesizer improvements to take advantage of the new soundfont.

In the past, users who wish to bypass the internal synthesizer and instead drive external devices or DAW software had to rely on configuring a third-party program called JACK to make the connections, as MuseScore lacked direct MIDI output capability. Now, for the first time, MuseScore comes with a MIDI Output option you can enable in Edit > Preferences > I/O.

MuseScore has always supported playback of repeats, including the use of markings such as “D.S. al Coda”, but specifying any but the simplest of roadmaps was either impossible or frustrating counter-intuitive. MuseScore 2.2 brings major improvements in the ability to follow more complex repeat configurations.

Voltas (repeat endings) have been a particular sore spot for many users, with some combinations of endings not working at all and others working only manual settings of properties that bore little resemblance to the actual text of the volta. Now, specifying a volta to be played on the 2nd and 4th time is as simple as setting the Volta Properties to 2,4. Other combinations are now possible as well. 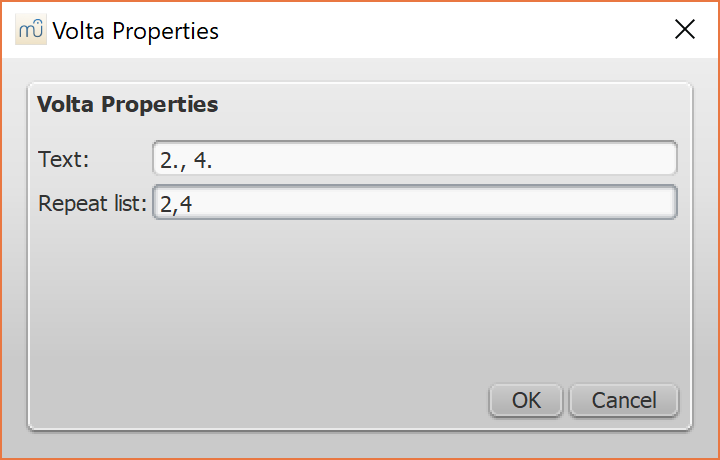 Traditional convention in music is to not take repeats during a D.S. or D.C., but doing so is very common in some contexts such as pop and jazz. Previously, MuseScore lacked a way to specify this at all. MuseScore 2.2 now includes a simple option Play repeats (found in the Inspector) that you can enable for any given D.S. or D.C. marking to tell MuseScore to take the repeats.

Exporting a score to MP3 has been possible for some time, but due to licensing issues, users have generally needed to install the LAME library from another source. Now that the last patents have expired on the MP3 format, MuseScore 2.2 is finally able to provide native MP3 support right out of the box on Windows.

MuseScore 2.2 includes a few other new features and enhancements worth mentioning.

Ability to add fretboard diagrams to beats containing chord symbols but no notes:

Editor’s note: The following development update is from Marc Sabatella in response to questions from Scoring Notes about the status of MuseScore development. Marc is the Director of Education for MuseScore. He is one of the developers of the software and the author of the comprehensive guide, Mastering MuseScore.

Shortly after the initial release of 2.2, a handful of problems were discovered that necessitated a quick update. Just a week later, MuseScore 2.2.1 was released to address these issues. This fast turnaround should be seen as a good sign for the responsiveness of the MuseScore team under its new organization.

With this release, there have now been 117 developers who have contributed to MuseScore over the years, including fifteen new ones since the release of MuseScore 2.1 last year. There are two developers in particular I would like to acknowledge for the work they did to make the releases of MuseScore 2.2 and 2.2.1 possible.

The first is Anatoly Osokin (anatoly-os), one of the people Ultimate Guitar has brought onboard to join the MuseScore development team. In a relatively short time he has managed to learn many facets of the code and build processes and to implement more than his share of enhancements — including solutions to some particularly vexing audio problems that were plaguing some users. Together with Nicolas Froment (lasconic), he helped to manage a successful release and a quick subsequent update.

The second is Antonio Lotti (ABL), a long-time contributor to MuseScore. He is in the top 20 as measured by lines of code written, but that tells only a part of the story. Antonio has an uncanny knack for getting to the bottom of some of the thorniest problems and delivering elegant and well-tested solutions that have eluded others. We have him to thank for the improvements to the text kerning (which was a significant obstacle to more widespread adoption of MuseScore in the engraving world) as well as investigations and fixes to some troubling issues with score corruption and other problems that we knew we needed to address for MuseScore 2.2.

Meanwhile, with MuseScore 2.2 (and now MuseScore 2.2.1) out the door, we would normally be saying that our full attention is turning to the next major release, MuseScore 3. And indeed, most of our development effort — including the work that will be done as part of the Google Summer of Code program this year — continues to be targeted for MuseScore 3. But in somewhat of a departure from our usual long-term focus and the glacial pace that sometimes results from this, we are also planning for the possibility of an interim 2.3 release to focus on a few further improvements that we would like to be able to present before MuseScore 3 is ready. It is too early to say what these might end up being, but it is likely MuseScore 2.3 will showcase further work on the default soundfont, including some new percussion samples and corresponding support for them in notation. Here again, Ultimate Guitar — and Daniel Ray in particular — is helping to set a direction that we hope users will appreciate.

MuseScore is also continuing the development and expansion of its ecosystem, including the mobile apps and the flagship score sharing website. As part of that, we have recently launched a new “Community” page on musescore.com, and are slowly rolling out additional content and services.

MuseScore remains completely free and open source. If you are interested in participating in its development, or in discussing the software in general, please join us on the forums on musescore.org!