Musical analysis is a difficult field to address notationally. There are varying labeling conventions and formats, as well as a need for lines, arrows, and brackets. Printed literature testifies to the challenge of good fonts: even in some widely-used theory textbooks, spacing and font weight are inconsistent and, at times, barely legible.

The most obvious answer for musical analysis, both Roman numeral and functional, is to notate the music and export it to a graphic program like Illustrator. While this workflow affords the user infinite flexibility, it’s a great deal more work… and if the music changes, the later work has to be redone.

After the encouraging reception of MusGlyphs (which allows you to type musical symbols into a word processor), I decided to use OpenType functionality to create a new font for musical analysis. I found ligatures and kerning were not quite enough; to them I added single substitutions and contextual alternates. The result is a font I’ve called MusAnalysis.

For example, the superscript numbers and letters in MusAnalysis are not merely scaled down, but redesigned to match the weight of their full-size counterparts. As another example of a small detail to aid legibility, the half-diminished circle is larger than the diminished circle, which makes it easier to see the slash.

The included PDF documentation is comprehensive, so rather than simply listing every function, I’ll talk about the broad categories and show some examples.

MusAnalysis started because I wanted an easier way to quickly write in standard RNA, so key commands are based around this usage. They’re intended to be fairly intuitive: V, I, v, i, etc, with inversions. Slashes are baseline, and double slashes are angled below the baseline. Capital V chords can be shown with the added bar above and below the glyphs, as well as borrowed chords: 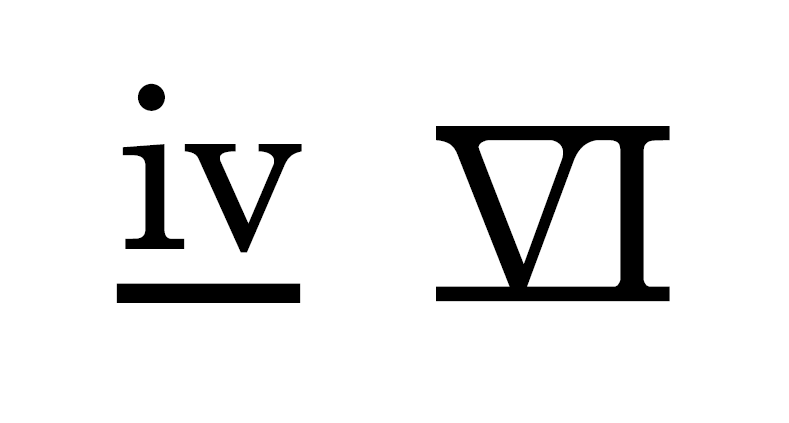 The dim and half-dim are represented by o and o\. 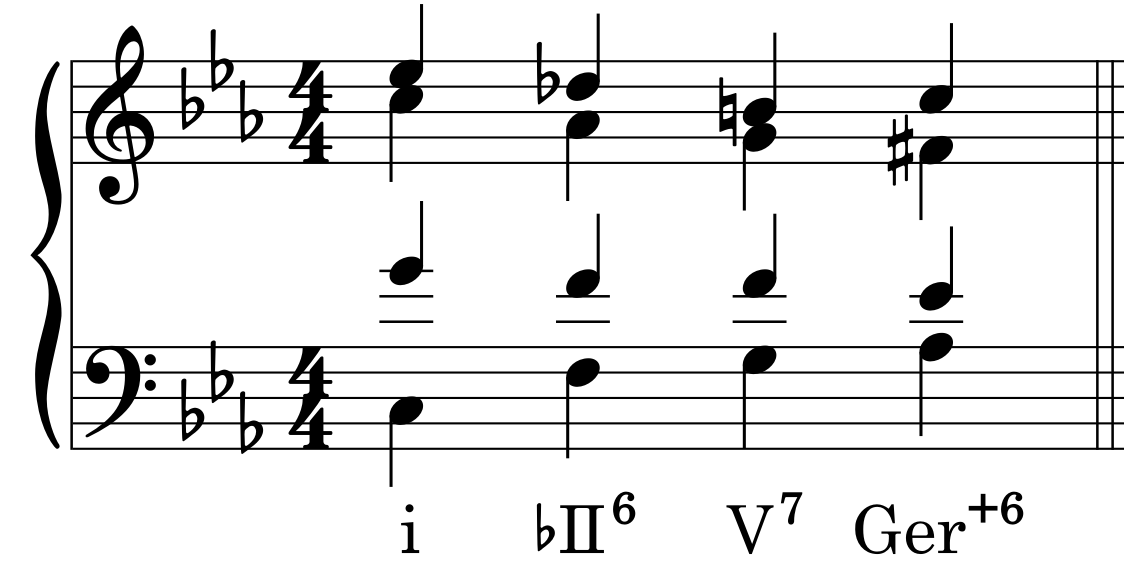 One particular type of function I spent a lot of time developing was the ability to show any variation of voice leading resolutions for double-stack or (triple stack) numerals:

There’s also support for lines and brackets that indicate polytonality. Here’s just one example: inputting ![ I  ii   vi6!] returns this:

…and the line below can easily be extended.

Alignment is a rather significant challenge, since lines are not being drawn dynamically; they’re simply static glyphs. MusAnalysis gets around this by allowing the user to enter a variety of “backtracking” lines at the resolution point that extend to the left, overlapping with the lines that came before:

There are also curved lines with arrows that can be easily shortened or lengthened:

Another important area is functional analysis: Shoenberg, Riemann, de la Motte, and various European conventions. MusAnalysis uses the & prefix with a wide variety of symbols used in these various forms, allowing them to be typed in a single line of text:

There are also arrows, dotted and dashed lines…

And some other miscellaneous symbols intended to cover as many use cases as possible.

MusAnalysis is designed to work using the lyric tool, but you can enter it as text. Some of the more complex figures may be better entered as text, then dragged into position as needed.

MusAnalysis is available at Notation Central. It was created and is made available under the SIL Open Font License, and as such it is available at no charge; however, a suggested contribution of $10 or whatever you care to contribute towards this project is greatly appreciated.

MusAnalysis works in Dorico, Sibelius, Finale (Mac-only on Finale at present), and MuseScore. It also works in pretty much any program that supports standard ligatures, kerning, and contextual alternates. I’ve even been using it in paint.NET!

I do intend to continue developing MusAnalysis, so I welcome your feedback!

Judging from the interest in the Bravura font, the pre-release version of the font to be included with Steinberg’s new...

Introduced by Steinberg last week, the new Bravura music font is the first to conform to the proposed Standard Music...