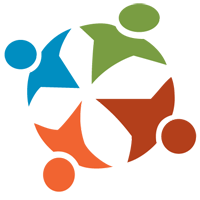 In a move that may spur the improvement and adoption of open standards for music notation, MakeMusic and Steinberg today announced that they will be transferring development of their respective formats to the new Music Notation Community Group at the World Wide Web Consortium (W3C). MusicXML is the music interchange format invented by Michael Good and owned since 2011 by MakeMusic which enables files created by applications that support the format to open and save files that are used by other applications. SMuFL, owned by Steinberg and invented in 2013 by Daniel Spreadbury, is a standard way of mapping the thousands of musical symbols required by conventional music notation into a single font.

Although MusicXML and SMuFL are open standards, the responsibility of developing them has been that of their corporate owners, who also happen to be industry competitors. So the move to have music notation formats — upon which developers and users increasingly rely — developed in a more neutral forum going forward is a welcome occurrence for the field. The companies will continue to own the copyright to the standards (meaning they can publish them however they want), but the community group will be publishing them under W3C’s Community Group liberal attribution copyright license, even before they might advance to a more formal standards track.

MusicXML and SMuFL are at different stages of development. MusicXML traces its beginnings to 2000 when it was most commonly used as part of a product called Dolet, sold by Michael Good’s company Recordare. MakeMusic acquired Recordare in 2011 and subsequently made Dolet a free product. However, as Michael told me yesterday, “MusicXML development has been hindered over the past few years because of MusicXML’s move from a small independent company to a larger competitor. With this move to a W3C Community Group, I look forward to the next wave of MusicXML development.”

SMuFL, on the other hand, is relatively new, and, while it has started to see adoption in some applications, Steinberg hasn’t even released its own product which demonstrated the need for the creation of SMuFL in the first place. SMuFL development has been much more nascent and rapid than MusicXML development has been recently, but it also stands to gain by joining the group — a point which Daniel addressed this yesterday when I asked him for comment.

“I’ve been surprised by the traction that SMuFL has gained in the comparatively short time it’s been publicly available,” Daniel said. “With the move to continuing the development of SMuFL in the new W3C Music Notation Community Group, along with MusicXML, I hope that we will see the adoption of SMuFL continue to accelerate, and that working together with the existing SMuFL and MusicXML developer communities, we will continue to build on the existing foundations of both MusicXML and SMuFL to develop ever more useful software for musicians, whether it’s on desktop, mobile, or the web. Better still, being under the auspices of the W3C, there is the potential for contributions to come from outside of the relatively small world of music software developers, from the wider world of platform holders and browser developers.”

Key to bringing the parties together under those W3C auspices was Joe Berkovitz, president of the online music creation and collaboration tool Noteflight and and W3C representative for music publisher Hal Leonard. Joe, Michael and Daniel will co-chair the new group. “I’ve been working towards this for some time,” Joe told me today. “When I started building Noteflight, the Web was just coming into its own as a rich medium for building applications, as opposed to transferring or viewing static documents. I had to solve the problem of synthesizing live audio in a web browser. A solution (other than Flash) didn’t exist yet, and other people were looking for an answer too. So I got involved in a web standards effort to define this essential new capability. That eventually turned into the Web Audio API, an amazing thing in its own right which is now built into every major browser, and I became a co-chair of the working group that defined it.”

Once in the working group, Joe began to meet people who wanted to bring music notation standards to the web in the same way as audio. MusicXML was promising, but it wasn’t optimized for web use. “I began to think about how we could enable a new round of creative thinking and evolution in notation standards, while being mindful of all the effort that so many developers had invested in supporting MusicXML,” Joe said. “I saw that the people I was meeting in these web standards circles would have a lot of great ideas and could help solve a lot of the problems that were coming up.”

“I talked to Michael Good about moving MusicXML to W3C,” Joe said. “Michael was supportive of the idea, but understandably he did not want MakeMusic to go it alone.” Joe then started to talk to Daniel about having Steinberg include SMuFL in the working group.

Fast-forward to MusikMesse 2015, which, Joe said, “was really the moment when the three of us came together and I sensed a collective will to make this happen. Michael invited me to address the MusicXML community meeting at Messe, and I thought I made a pretty good case for taking MusicXML to a more open and modern place. I threw in some examples of sensible things a ‘MusicXML of the future’ might do, like support for stylesheets, or the ability to be changed on the fly with JavaScript.”

As Michael Good said in a post yesterday on the group’s web page, “W3C Community Groups provide a way to combine the benefit of a standards organization while avoiding its drawbacks. First, W3C Community Groups have no membership fee, though companies can of course join the W3C if they wish full access to the W3C standards development process. W3C Community Groups are also self-governing and can use a more rapid decision-making process than is usually required by standards organizations. MusicXML and SMuFL still need active development – for instance, to increase MusicXML’s support for the wider range of music symbols that SMuFL fonts offer.”

With Noteflight leading the online music notation space, and with MakeMusic’s recent acquisition of Weezic — not to mention other promising tools like SoundSlice — the need for a common set of standards to further web-based music notation is quickly becoming apparent. MusicXML and SMuFL have their roots in the world of desktop computing, and while adapting them more fully for the web will be a challenge, creating an entirely new set of standards would likely have been an even more difficult venture. Although the W3C is a web standards organization, the group is expected to develop specifications and recommendations that reach beyond the browser.

Michael said that “the Music Notation Community Group’s initial tasks will be to maintain the MusicXML and SMuFL formats. There is an immediate need for a MusicXML update that has better SMuFL support and other smaller-scale fixes, clarifications, and updates. Over time, MusicXML has an opportunity to evolve to support more semantics behind notational appearance and better incorporate web technologies to support more use cases. The Community Group will determine which of these changes will happen in the next MusicXML update and which will occur in future releases.”

Daniel agreed. “We would like to see MusicXML evolve to become both richer in its representation, in part through links to SMuFL, and also to become more closely allied to related web technologies,” he said. “But one of the most exciting prospects is that we don’t yet have a completely specific goal in mind, and we are able to move in any direction, as dictated by the needs of the community. Anybody who is interested in helping to shape those goals and to work towards them is very welcome to join the Community Group and get involved.”

That spirit was echoed by Joe, who said that “now, with the help of Michael and Daniel and the entire community, we can finally begin a new round of creative thinking about notation formats. I believed in the Web then and now, not just as a technology but as an idea, a goal of information flowing freely and effortlessly throughout our culture. Western musical forms and representations have a role to play in this revolution, and this change will accelerate it. I’ll be very excited to see what comes next.”

Updated at 6:30 pm with a clarification from W3C web standards specialist Doug Schepers about the copyright to the work produced by the community group.

The chairs of the Music Notation Community Group have identified specific short-term and long-term projects to fulfill the aims of...