StaffPad Ltd. has released an update to its flagship StaffPad music handwriting app. Made available over last weekend, the latest update, version 2.4.13.0, adds useful features in several areas of the program, including move/copy/paste operations, printing, recognition, and symbol placement. Smaller tweaks, fixes, and UI enhancements are peppered throughout the program as well.

, a $100 wheel device that connects to any Windows 10 device via Bluetooth. The revolutionary device resembles a hockey puck, and can be turned left or right and pressed down.

When used with StaffPad on any Windows device, the Dial controls playback by default. You can jog through the score by turning the Dial left or right, and start/stop playback by pressing it.

When writing in a bar, the Dial becomes an Undo/Redo tool. Turning it to the left (counter-clockwise) will undo the pen marks, and turning it to the right (clockwise) will redo  pen strokes. The Dial can be pressed to trigger recognition. When working with selections, turning the wheel will transpose the music up or down in pitch.

The Surface Dial gains additional features when used in concert with Microsoft’s new Surface Studio, a remarkable new entry into the world of desktop computing that brings pen-and-touchscreen technology to large-display consumer PCs for the first time.

Placing the Dial on the screen of the Surface Studio will bring up an insert menu of commonly used symbols. The Dial is rotated to select a symbol, and then the user can quickly insert it with the pen.

The Dial can be used as a digital music stamp by placing the Dial on the source music and then lifting it and placing it again on the destination area to impress the music.


Clearly, StaffPad’s team is committed to pushing advances in the app to coincide with the latest technological developments from Microsoft. In a blog post, lead designer and co-founder David William Hearn said:

We have been fortunate to be able to work alongside the great team at Surface to ensure that StaffPad gets a platform upon which it can shine brightest. The culmination of StaffPad, Surface Studio and the Dial almost completes my original ‘composers dream’, and I’m excited that we’re able to take advantage of all of the power, features — and the sheer size — of this amazing computer. All in all, it’s one step closer to the ultimate goal of StaffPad: to make writing music feel effortless.

As tempting as it may be, it’s unlikely most StaffPad users will be dropping $3,000 on a Surface Studio anytime soon. So let’s now focus on some of the app’s other improvements that will see more immediate use.

Before doing so, it’s worth mentioning that this latest StaffPad update requires the Windows 10 Anniversary Update, first made available to users in August 2016.

Working with beamed groups and tuplets

It’s now possible to add notes to an existing beamed group in StaffPad — something that I’ve always been keen to do since StaffPad was first introduced. Simply draw the additional notes in the appropriate position:

Upon exiting the bar, StaffPad will add the notes to the existing beamed group.

And, if you add notes to a tuplet, StaffPad will update the numeral automatically.

Speaking of tuplets, they see a few enhancements in their own right. It’s always been possible to select an existing tuplet bracket and extend it to encompass more notes…

Now, though, StaffPad will automatically change the tuplet numeral to reflect the new grouping.

Also, in addition to writing a tuplet numeral in by hand, you can long-press on the beam instead:

Choosing Create Tuplet from the contextual menu. StaffPad will apply the tuplet with the correct numeral.

Moving or copying a selection by dragging

Selections gain some additional enhancements. In addition to using the traditional cut, copy and paste tools, you can now tap and hold the pen anywhere within the selection, and drag it to its intended destination:

Lift the pen to complete the move.

Similarly, you can copy a selection by holding the pen’s right-click button, and then tap and hold the pen anywhere in the selection. The selection will turn orange to indicate that it is being copied.

Lift the pen to paste the music.

The feature is a terrific addition and is reminiscent of the intuitive drag-and-drop method of copying music in Finale.

As before, you can also draw hairpins and StaffPad will convert them to engraved hairpins.

Likewise, pedal markings and corresponding retakes are consolidated into one Pedal / Retake tile. Once you’ve placed a pedal line in your score, you can place a retake anywhere between the two endpoints of the pedal line by simply ensuring that the Pedal / Retake symbol is selected and tapping where you want to place the retake.

In addition, long-pressing on a pedal line in your score and choosing Switch Pedal Style from the contextual menu will change the pedal style from traditional to modern (or vice-versa). New in this update, however, is that this action will apply for all pedal markings in the score and not just the selected one.

It is now possible to change the bar numbering of a score by long-pressing or right-clicking in the bar ruler so that Change Bar Number appears in the context menu. 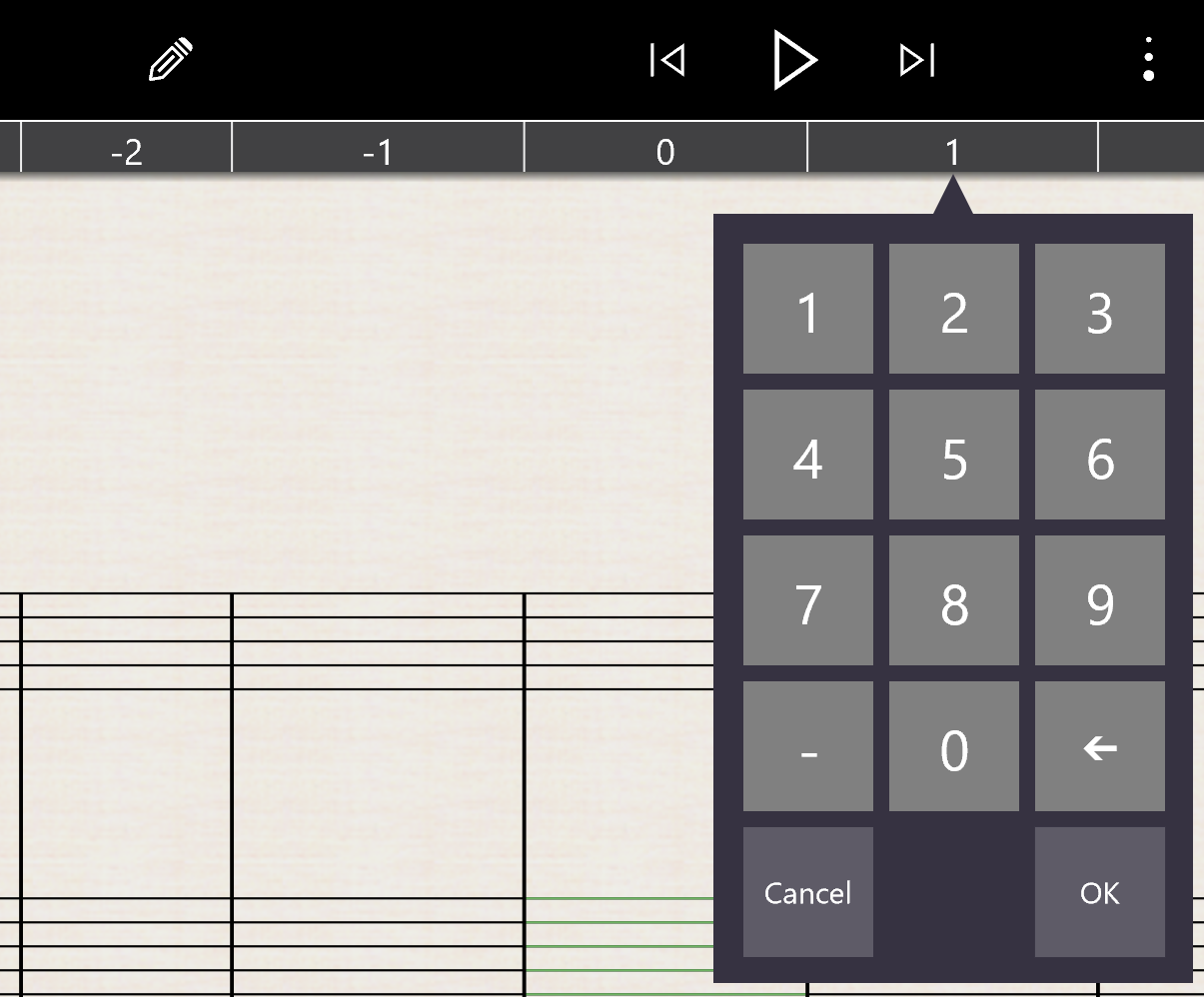 Lyric size: In the Print dialog, you can chose from Small, Medium, or Large to adjust to size that lyrics appear in the score when printed. This won’t affect the size that lyrics display while working in StaffPad.

Key commands and navigation: While irrelevant while working without a QWERTY keyboard, those that use StaffPad with one will find that these key commands work:

Although we’ve pushed out a few bug fixes and updates over the past 6 months, it’s been a while since you’ve heard from us with new features. That’s mostly because we’re in a heavy engineering phase, which takes up a lot of development time. Rest assured, there is a lot of development work and effort being poured into StaffPad. Because of this, it might be a while before you hear from us again… but don’t worry — it’ll be worth the wait :)

We’ll look forward to it indeed.

StaffPad has been updated, adding several modest features along with bug fixes. The update, officially v. 2.4.29.0, adds support for...