When MakeMusic released Finale 25 nearly a year ago, the transition to a 64-bit application was an important development for the future of the software. It also meant that the valuable plug-ins that extend Finale’s capabilities — and that so many users find essential — needed to be re-written to support the modernized program.

There was, however, one notable omission from the JW suite of updates: JW Yada Yada Tremolo, the plug-in that positions tremolo articulations automatically, and (if needed) extends stems to work with the tremolo markings. I was wondering why this crucial tool was missing, but yesterday the reason became apparent, as Jari writes on the plug-in documentation page:

The original version of JW Yada Yada Tremolo was a plug-in I wrote as a really quick fix for the positioning problems with tremolos in Finale. Now a few years later, Finale 25 added an important feature for plug-in developers, which provides much easier and more accurate layout for the purpose on tremolo editing.

Version 2 of JW Yada Yada Tremolo is only available for Finale 25 and later versions, and it’s a complete rewrite and redesign of the plug-in. The old version (for 32-bit Finale versions) of the plug-in is still available as a legacy version download.

(And yes, the “Yada Yada” is a Seinfeld reference.)

So if you’re reading this while enjoying some lobster bisque, listening to Yo-Yo Ma, or simply tending to your Pez dispenser collection, I think we can all agree this is an early Festivus miracle.

Why is this plug-in so important?

Here is the default placement of tremolo articulations in a default Finale document:

And here is the same passage after running Yada Yada Tremolo:

If this was all that the plug-in did, dayenu, and in version 1, it was; everything was hard-coded to a number of fonts. “The plug-in handled everything automatically, without any options to control the tremolo positioning,” Jari said. But with version 2, “any music font that contains a tremolo can be supported (including Unicode/SMuFL fonts, such as November 2). The user now also has a number of ways to control the positioning.”

To wit, once you’ve installed the plug-in go to Plug-ins and select JW Yada Yada Tremolo Settings… to change the plug-in’s options. 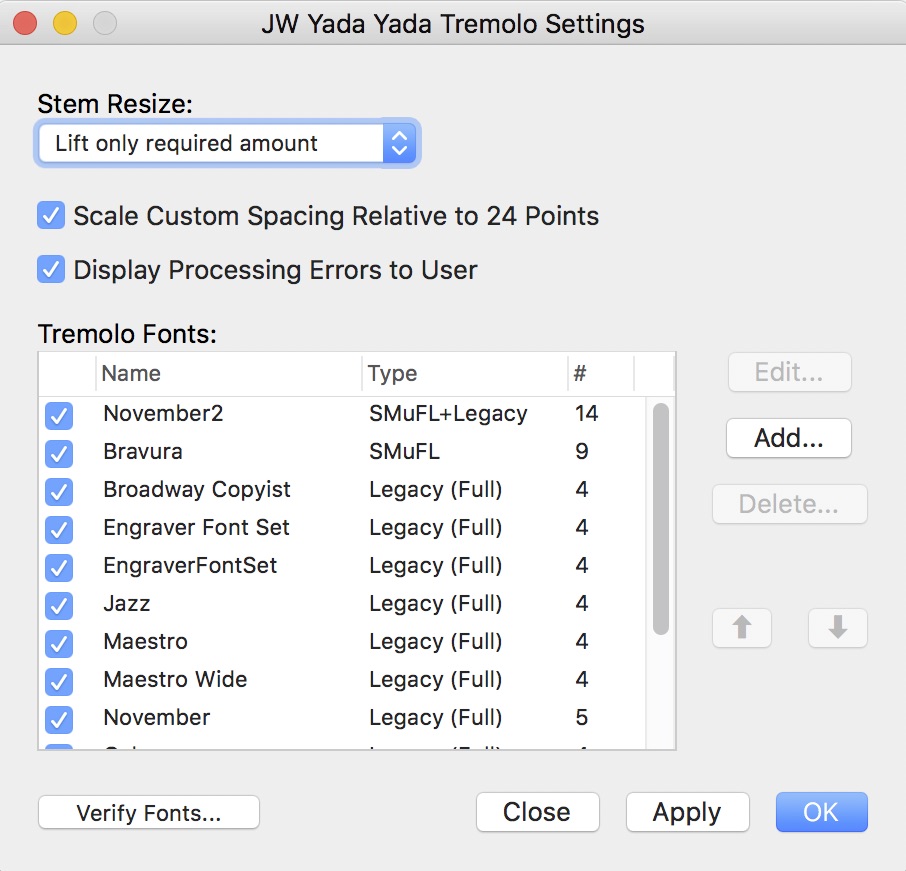 Click Edit… to change the settings for an existing font or Add… to create a new one. 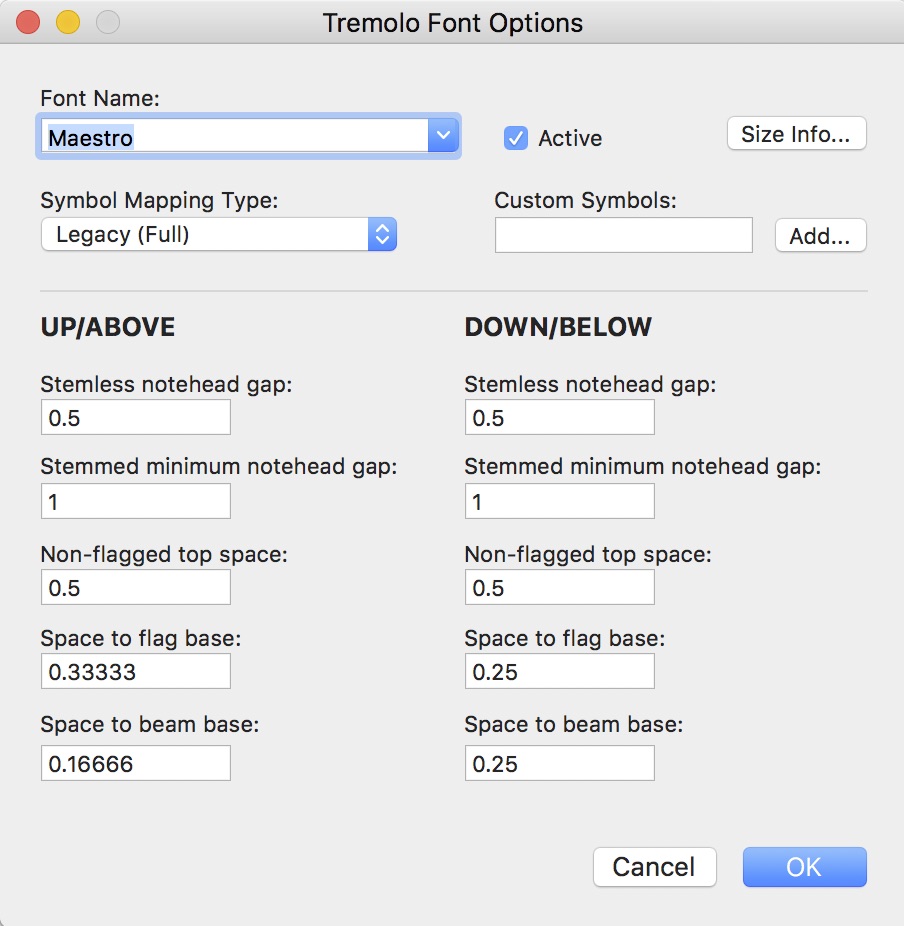 Take maximum advantage of the new articulation features in Finale v26 with this script that automatically splits precomposed articulations (such...

A roundup of some recent news including an extension of the Dorico crossgrade deadline, Finale third-party 64-bit plug-in updates, a...