As promised, today Steinberg released the first maintenance update to Dorico. Don’t let the deceptively incremental version number (1.0.10) fool you; it includes a robust helping of new features and plenty of bug fixes to the initial 1.0 version, which itself is barely a month old.

Accordingly, some of the deficiencies raised in our initial review of Dorico are now happily rectified, so we’ll start with those and then move on to some of the other improvements in 1.0.10.

You’ll also want to read product marketing manager Daniel Spreadbury’s detailed blog post which describes the update’s new features, and in which he said that Steinberg expects to “release a further small update before the end of 2016.”

Additionally, Daniel announced today that the 30-day trial version of Dorico will become available for download on November 30.

Many operations are much faster in this latest update, in particular the speed of changing the pitch of a selection of notes using Alt+Up/Down Arrow. Before, you could see each note move in sequence; now the operation is instantaneous.

You can also now hear notes auditioned as you input them or edit them. This is optionally enabled or disabled in Dorico > Preferences > General > Play notes during note input and selection.

Thankfully, a Transpose dialog has been added (Write > Transpose). You can specify the transposition by either the quality of the interval or by the number of divisions of the octave.

A nice touch is a Calculate interval feature embedded in the dialog: if your music theory’s rusty, you can just tell Dorico that you’d like to transpose, e.g., from C sharp to a G natural, click Apply, and Dorico will apply the appropriate transposition (in this example, a diminished fifth.

There is also a new Write > Add Notes Above or Below dialog, which works much the same way as the Transpose dialog, except that the existing notes are preserved.

A new Staff Spacing option has been added to the left-hand panel in Engrave mode, allowing for manual adjustments to Dorico’s default vertical staff spacing, should you so choose.

When switched on, the score gains a number of rulers, handles, and stripes: 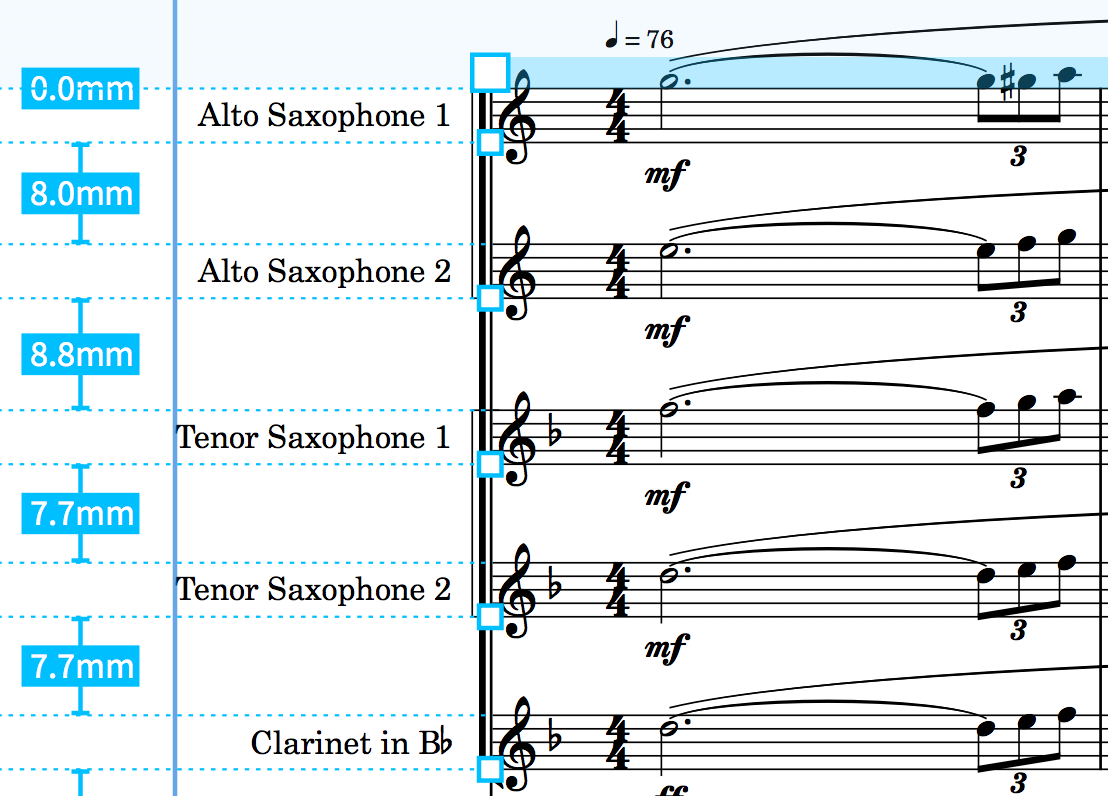 To move a staff up or down, drag anywhere within the staff, or hold Alt and drag a staff to move that staff and all of the others below. The entire system can be moved by dragging the thick blue stripe at the top of the system.

Full keyboard control is possible, too:

You can alternatively click in the numeric read-out in the left-hand margin and specify an exact measurement by typing or using the spin control.

If the default position of a staff has been adjusted, it turns red: 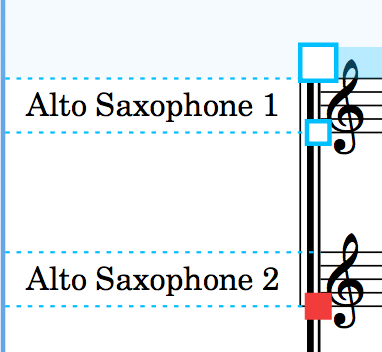 To restore it to its default position, select the handle and press Delete. To clear all manual overrides, choose Engrave > Reset Staff Position.

Finally, a Copy Staff Spacing option is available, from which you can choose the source page and destination page(s).

Selecting music is much improved in this update. Now, you can click within a staff and select all the music in that bar, similar to Finale and Sibelius (although there is no box drawn around the bar in Dorico). You can extend the selection by holding down Shift and clicking on another bar or by using the arrow keys, which also feels familiar.

You can initiate a selection in Write mode by simply pressing any arrow key, which will select the first item closest to the top left corner of the view.

Other writing and engraving improvements

Approximately 100 identified bugs have been fixed, in addition to all the items classified as new features. A full list of those fixes, a version history and application updaters are available from the Dorico download page on Steinberg’s web site.

Today Steinberg released Dorico 2.1.10, a maintenance update to its scoring program. There are no new features in Dorico 2.1.10,...