MakeMusic has released Finale version 26.3. This maintenance release brings support for Dark Mode on Mac, better performance and responsiveness while editing and scrolling, MusicXML improvements, and a handful of bug fixes.

Finale v.26.3 is the first version of Finale to be fully translated into Spanish. Jason Wick, MakeMusic’s senior manager for product development, said that the new Spanish version of Finale “is a fully translated installation and application experience. Here at MakeMusic, we’ve been excited about rolling this out for many months now. I couldn’t be prouder of the teams here, and I know our Spanish speaking users will love it! We’re ready to fully support this new group of Finale users.”

Unlike some other software, there is not an option to control Finale’s Dark Mode independently from the system setting.

Most dialogs and even third-party plug-in interface look good, but some, like the Expression Category Designer, have not been fully updated. 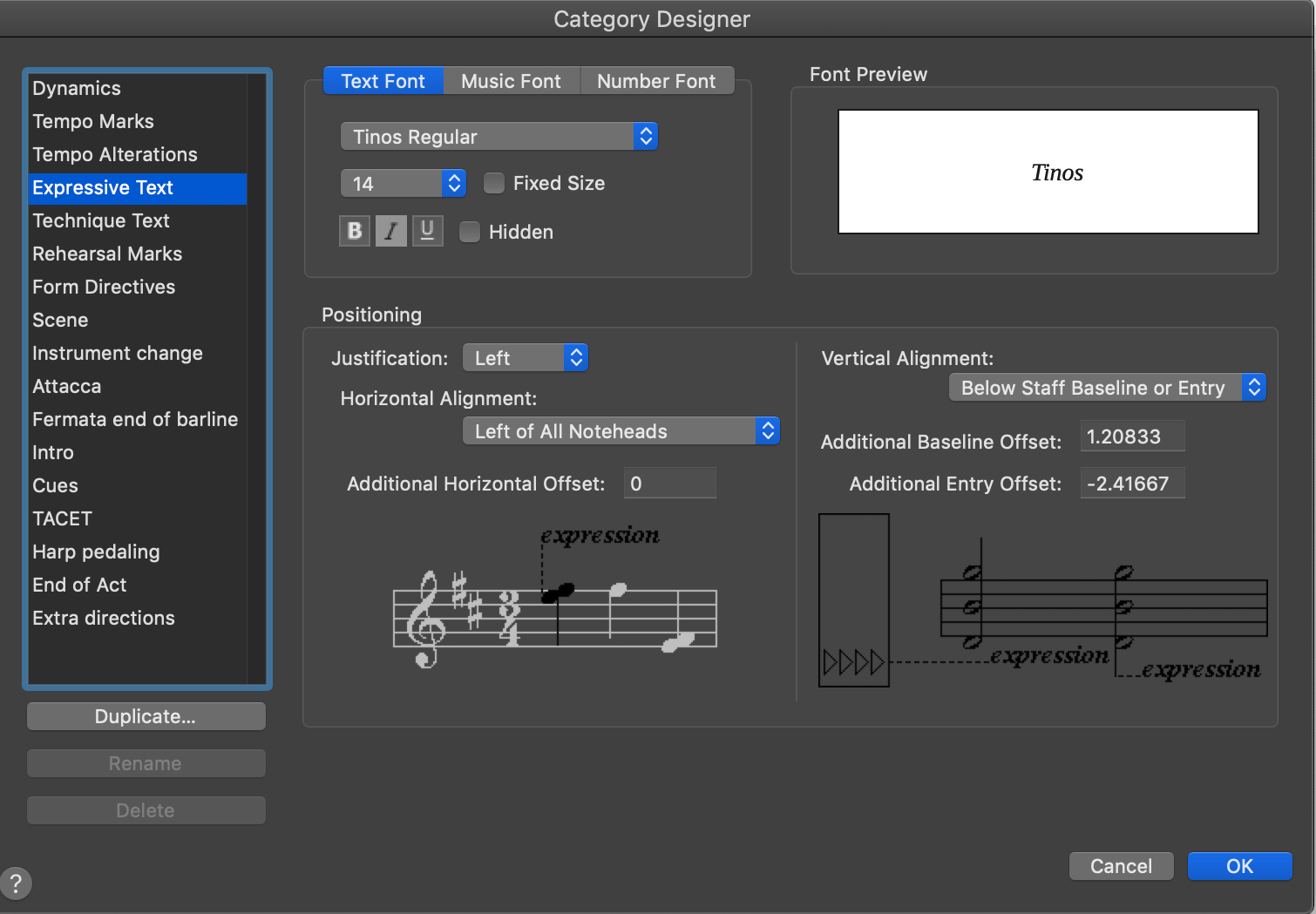 Jason Wick told Scoring Notes that their approach was to prioritize the dialogs based on usage data and hammer through tweaking as many as possible in the time available. “So yes,” Jason said, “there will be a handful of dialogs where you might see something like this.” Hopefully the remaining items will make it in a future update.

The fixes in Finale v.26.3 are generally technical in nature:

Finale’s underlying drawing mechanism has been updated to offer better performance and responsiveness while editing and scrolling.

If Finale encounters a problem saving a document, a warning is displayed with suggestions for further action.

A handful of other fixes, some specific to Mac or Windows, are detailed in the Readme file accompanying the release.

On June 30, 2020, MakeMusic released version 26.3.1 with the following fixes, most notably a fix to the latency issue with NotePerformer syncing during playback: