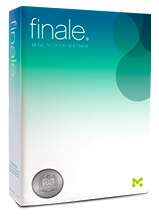 Today MakeMusic released Finale 2014, the latest version of its flagship music notation program. Sporting the tagline “Own the Future,” MakeMusic is taking clear aim at Avid’s handling of Sibelius with their statement: “While others take music notation software development for granted, Finale is doubling down to provide you and your music a clear path to tomorrow.”

After initially trying to suppress the accidental release of product information, MakeMusic embraced the idea of sneak previews through a series of fun posts on the Instagram feed of senior product manager Justin Phillips:

Now with Finale 2014 out in the open, we can more surely discuss its merits. This being the Sibelius blog, after all, I won’t do a detailed review; the incredible Jari Williamsson does an excellent job of that. What follows is a comparison of Finale 2014’s marquee features with their Sibelius 7 counterparts. The intent is to be as objective as possible; after all, at NYC Music Services we use both Finale and Sibelius regularly, and personally I have been a Finale user since 1994 (version 2.0).

1. Full screen mode and Retina Display support for Mac notebooks. Finale 2014 is the first Finale version to support these features; Sibelius has always included a full screen mode on Windows and supported it on Mac with Sibelius 7. Retina support came to Sibelius over a year ago with version 7.1.3.

According to Justin, “The full screen mode uses Apple’s method for this, so we work well with Spaces and other full screen apps/multi-monitor support (especially in OS X 10.9).”

2. OS X Mavericks support. Finale 2014 supports it; Sibelius runs on Mavericks but with some problems. No details have yet been given regarding a fix, either by Avid or Apple. Note: Finale 2014 will only run on Mac 10.7 or higher (no Snow Leopard support).

3. New file format – but no 64-bit support. Finale 2014 (including FinaleScript) has been re-written on the Mac in Cocoa to modernize some of its dusty code and inconsistent dialogs; Sibelius 7 underwent a similar overhaul. Disappointingly, however, Finale 2014 is still not 64-bit. Sibelius 7 introduced native 64-bit support upon its initial release in 2011.

4. Backwards compatibility and “future-proofing”. Previous versions of Finale were unable to export files in earlier Finale file formats, commonly known as “backsaving”. The best option in recent Finale versions was to export files in MusicXML format, which lost a lot of native Finale data. This, coupled with the rapid yearly development cycle from 2000-2012, caused headaches for anyone collaborating and sharing Finale files.

In Finale 2014, MusicXML export has been retained, but there are two new advances. The first is that MakeMusic says that the new file file format “ensures that future Finale versions will all be able to share files with this same format.” In Jari’s review, he explains further by saying that “Finale 2014 should be able to read files from all future Finale versions directly.”

The second advance is a new option to export Finale 2014 — now with a native “.musx” extension — into a file in Finale 2012 format, which will have the “legacy” extension “.mus”.

Justin provided some additional information: “The plan for new .musx files is so that no export or save as is needed in future versions, so a file created in Finale 20XX can be opened in Finale 2014 with no special export needed.”

Of course, Sibelius has always been able to export files into earlier file formats — Sibelius 7 can export all the way back to Sibelius 2.

5. Newly designed tool palettes. Recent Finale versions offered a choice of 11 (yes, 11) styles of the tool palettes, each more garish than the next. Old-timers like me could even choose the “Traditional” option which evoked nostalgia for the days of the Macintosh Classic. Thankfully, these palettes have been redesigned, and the user’s ability to choose styles removed:

There is no analogous tool palette in quite the same way in Sibelius; love it or hate it, new Sibelius icons were introduced in Sibelius 7 via the Ribbon.

6. Support for open/atonal key signatures and “keyless” instruments. This has been a huge deficiency in Finale since its early days. If you had a piece in an “open key” where no key signatures were ever shown in the score or parts, you had to set each instrument to “Chromatic transposition”. Tedious, but possible — but if your score included sections with both open and traditional key signatures, the workaround multiplied to include placing Staff Styles on each of your transposing instruments during certain sections. And if you wanted to show your horns without a key signature and other instruments with key signatures, as is often done in orchestral music…serious Finale contortions awaited you.

Thankfully, Finale 2014 finally supports these options, and it may well be the case that the file format had to be re-engineered in order to accommodate these features. In any event, it’s welcome news that these options are possible in Finale, and Finale bests Sibelius by offering support for non-standard key signatures, as found in maqam and other types of music. Sibelius has always had true support for open keys and keyless instruments since version 1.0.

Updated 2:30 pm — Additional information from Beth Sorensen, MakeMusic’s vice president of products, at the end of this post....