Steinberg has released Dorico 3.5.12, the first update since the July 2020 release of Dorico 3.5.10. Although the odometer has barely budged (no, you didn’t miss a 3.5.11 release), the 3.5.12 update is significant for its official support for the latest Macs with an M1 processor under the Rosetta 2 translation environment. 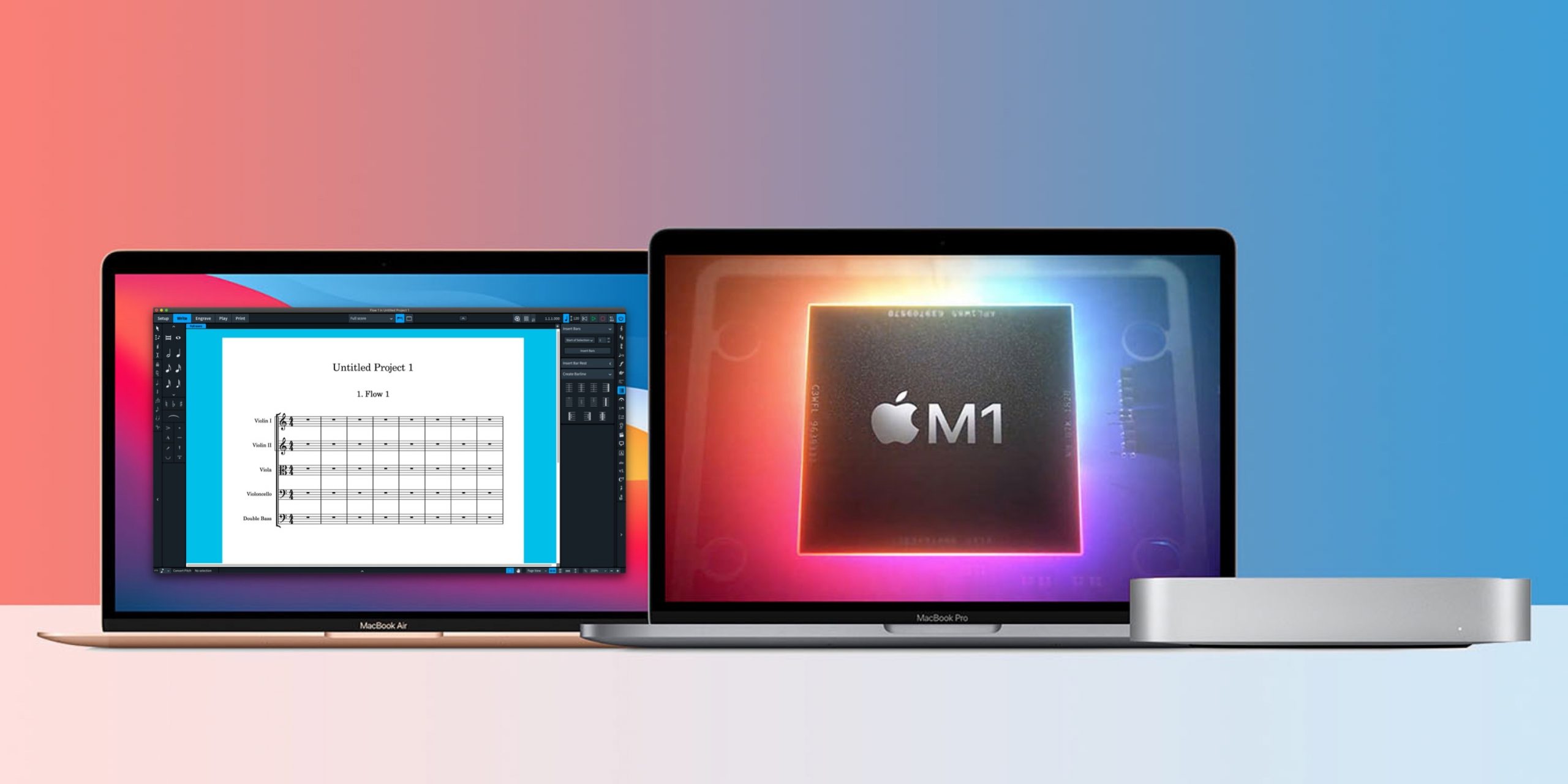 Dorico 3.5.12 has been tested on the new Apple M1 processors used in the new late-2020 13″ MacBook Pro, MacBook Air and Mac mini computers that are the first models using the new architecture, and has been found to work just as well as it does on Intel-based Macs. Dorico 3.5.12 is not a Universal application: it has not been rebuilt and fully optimised for the new architecture. But the good news is that it runs beautifully under Rosetta 2, with performance that is comparable to running on the Intel i9 processor in the mid-2019 16″ MacBook Pro.

Releasing a Universal version of Dorico that takes full advantage of the new ARM architecture will require more time. Dorico is a complex application with many dependencies, both on third-party technologies and on components built by other teams within Steinberg, including some – like the audio engine – that have been extensively fine-tuned and optimised for Intel processors, and which will require additional work to get the best out of the new ARM platform. We are planning to release a Universal version of Dorico in the future, but it is not planned for the current version, Dorico 3.5.

On a Scoring Notes podcast episode just before the end of 2020, Daniel gave us a sneak peak into how work was progressing on Dorico to make it compatible with the latest M1 Apple Silicon-based computers. Daniel made us all jealous by showing off his screaming fast M1 MacBook, and with today’s 3.5.12 update, Steinberg has made good on his promise that “from a point of view of our development work, there’ll be some news on that front very soon.”

A Universal version (i.e., one that runs natively on both M1 and Intel Macs) is coming, but not for a while, Daniel said. “Because of the big technology transitions that are ongoing, including the transition to a Universal version of Dorico, the next major version is still a long way off.”

For now, whether you have a fancy new Mac, an older Mac, or even a Windows box, Dorico 3.5.12 is recommended for all users, as a handful of fixes has made their way into this update. The details are provided in the version history document, but we’ve listed them here in case your favorite issue has made the list:

And to keep tabs specifically on the latest updates to M1 Mac support for all of these products, please see our post “Music notation software, macOS Big Sur, and Apple Silicon M1 Macs“, which we will continue to keep updated as more news arrives.

If you read Daniel’s blog post carefully, he teased this message at the end: “In the meantime we plan to bring you something else that is new and exciting, but you will have to wait until later in the year for more details.”

Whatever could it be? Our money’s on a 3D version, giving a whole new meaning to the term “popover.” But feel free to let us know your predictions in the comments.