Today Steinberg released Dorico 2.2.20, another maintenance update to its scoring program. The update mainly addresses a number of bugs, but a few improvements have made it into the package too. It is free to all registered Dorico 2 users and can be downloaded from Steinberg’s website or via the Steinberg Download Assistant.

The release comes as a bit of a surprise, since it was generally understood that the development of Dorico 2 was finished with version 2.2.10, the mandatory bug-fix release after the huge 2.2 update that brought an abundance of new features last November.

Today’s update focuses on backporting various bug-fixes from the development builds of Dorico 3 across to Dorico 2. “Hold on… Dorico 3”, you ask? No, we don’t know anything that you don’t, but Steinberg product marketing manager Daniel Spreadbury has told us that they are “hard at work on it, and we will have more to say later in the year.” Although backporting two dozen bug-fixes to an already published version is not as glamorous, we appreciate it all the same.

Dorico 2.2.20 may focus on fixing bugs, but as we’ve learned by now there’s a continuous stream of new features emerging from a bubbling fount somewhere in an office in central London. I guess they just couldn’t stop a few merry improvements from slipping through the nets right into the update. Small enough they are, to wiggle through the meshes, so to speak, but they might make a notable difference to your workflow.

My favorite one in this update is a change to how selections work. Previously your selection would get lost when you deleted something. You would then grab your mouse and select something else in order to continue working. Not a showstopper, but it was slightly annoying — all the more so because, thankfully, Dorico’s UI is built in such a way that I’ve become more and more tempted to banish the little gnawer from my desk for good! Well, that blissful hour has come a little closer.

To cite the version history document: “When you delete one or more selected items, Dorico will now attempt to select another item nearby to the rhythmic position of the first deleted item” — I couldn’t have phrased it any clearer. Allow me to refer you to the rest of that paragraph for a wonderfully exhaustive account of what is selected under what circumstances and what side effects are to be expected…

Next one: there’s a new preference that allows you to play back whole chords upon selection, regardless of whether they’re completely selected or not. Go to Preferences > Note Input and Editing > Auditioning to switch on Play all notes in chord when any is selected. This may make working with chords easier for you, although, naturally, it comes at the cost that it’ll no longer be possible to audition only specific notes in a chord. The curse of binary logic! 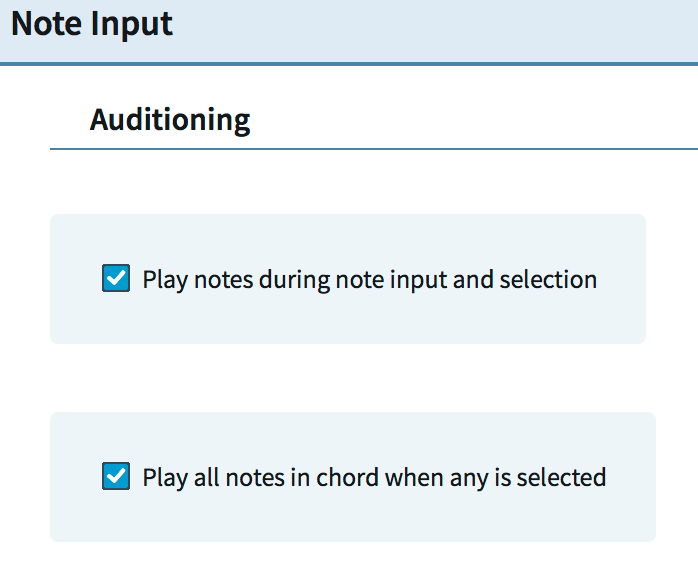 On we go. Depending on your workflow, a couple of new key commands might come in handy: You can now bypass Print Mode and print or export the current page, the current layout or all layouts directly with a single key press. These commands work in all modes, and they always use the print settings as currently defined for each respective layout in Print mode. Head there if you need to change something, and don’t forget to make sure that the export folder and file name options are correct in new projects! By default no keyboard shortcuts are defined for the new commands, but you can easily assign your own shortcuts in Preferences > Key Commands. We’re glad to see ways in which the strict separation of the modes can be relaxed when possible in order to enable speedier work.

Incidentally, next time you find yourself in Print mode, do take a moment to enjoy navigating the displayed preview pages with the Home and End keys — another small improvement that makes things a little more comfortable.

Lastly, a small addition has been made to the Import Tempo Track dialog. That feature was introduced in version 2.2 along with a bunch of features for scoring media. It contains a set of options that allow you to specify what exactly you want to import from the source MIDI file. If for some reason you don’t want to import markers as real markers, you can ask Dorico to import them as system text objects instead. For that case, today’s update introduces an option to automatically draw borders around the imported markers so you can distinguish them at a glance from other text objects. 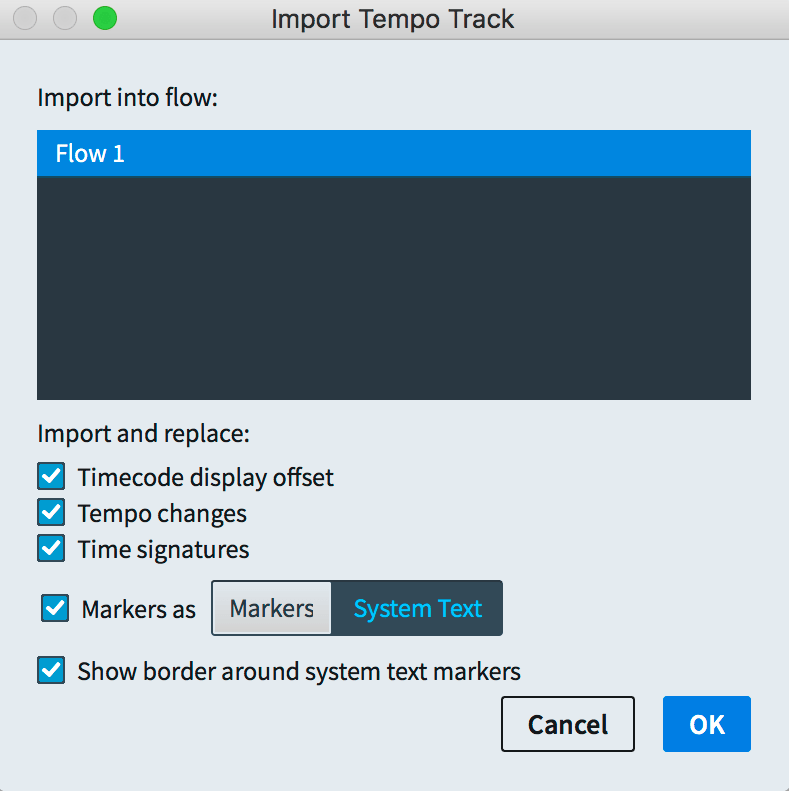 I think that’s about it. Let’s not go into details about the merry round of bugs they’ve fixed. As of today they’re a matter of the past after all. If you’re interested, consult the list in the above-mentioned the version history document. (Take it from an experienced user: that file is always worth a look. In the depths of it even experienced users happen to stumble upon features that they were missing dearly — sometimes years after they were originally implemented… It’s a bit like hunting for Easter eggs!)

Availability and what’s next

This update is free to all registered Dorico 2.x users, who can download Dorico 2.2.20 from Steinberg’s web site, or via Steinberg Download Assistant.

When Dorico first emerged on the market two and a half years ago it was still very much in its infancy. Some grumbling could be heard among early users about paying for what felt like being a beta tester for an unfinished piece of software. Since then the fabulous team at Steinberg has developed the application at a pace that is no less than unbelievable. With every update new features have arrived, and what features! They have regularly turned out to be more sophisticated, elegant and powerful than any comparable existing implementation.

Fewer and fewer crucial areas remain where Dorico falls short of its competitors. The next major update that they are “firmly focusing on” at this very moment will likely do away with a few more more of those lacunae, as well as introduce semantic solutions to problems that the competitors have so far, at best, half-solved. I don’t doubt that Dorico 3 will floor us all once more.

Today’s update may seem modest compared to what we’ve become used to, but it is proof for a unique selling point that has set Dorico apart from its competitiors ever since the beginning of its journey: Those guys listen to their users! They were astonishingly open during the initial phase of development, and I wouldn’t be surprised if Dorico’s user support was actually the best that can be found for any software these days. Indeed, some of the bugs that 2.2.20 fixes were reported mere weeks ago! And seriously: porting non-crucial bug-fixes from development builds for the next major version across to a released version that was already considered finished (and paid for)?!

Call me old-fashioned, but I daresay that this approach is at the very core of Dorico’s success.