The New York music notation community had its own British invasion earlier this week, as Steinberg’s product marketing manager Daniel Spreadbury paid a visit to industry professionals. It’s been nearly three years since Daniel and his former Sibelius colleagues began the new chapter of their careers at Steinberg, where they have been building a new music scoring application. 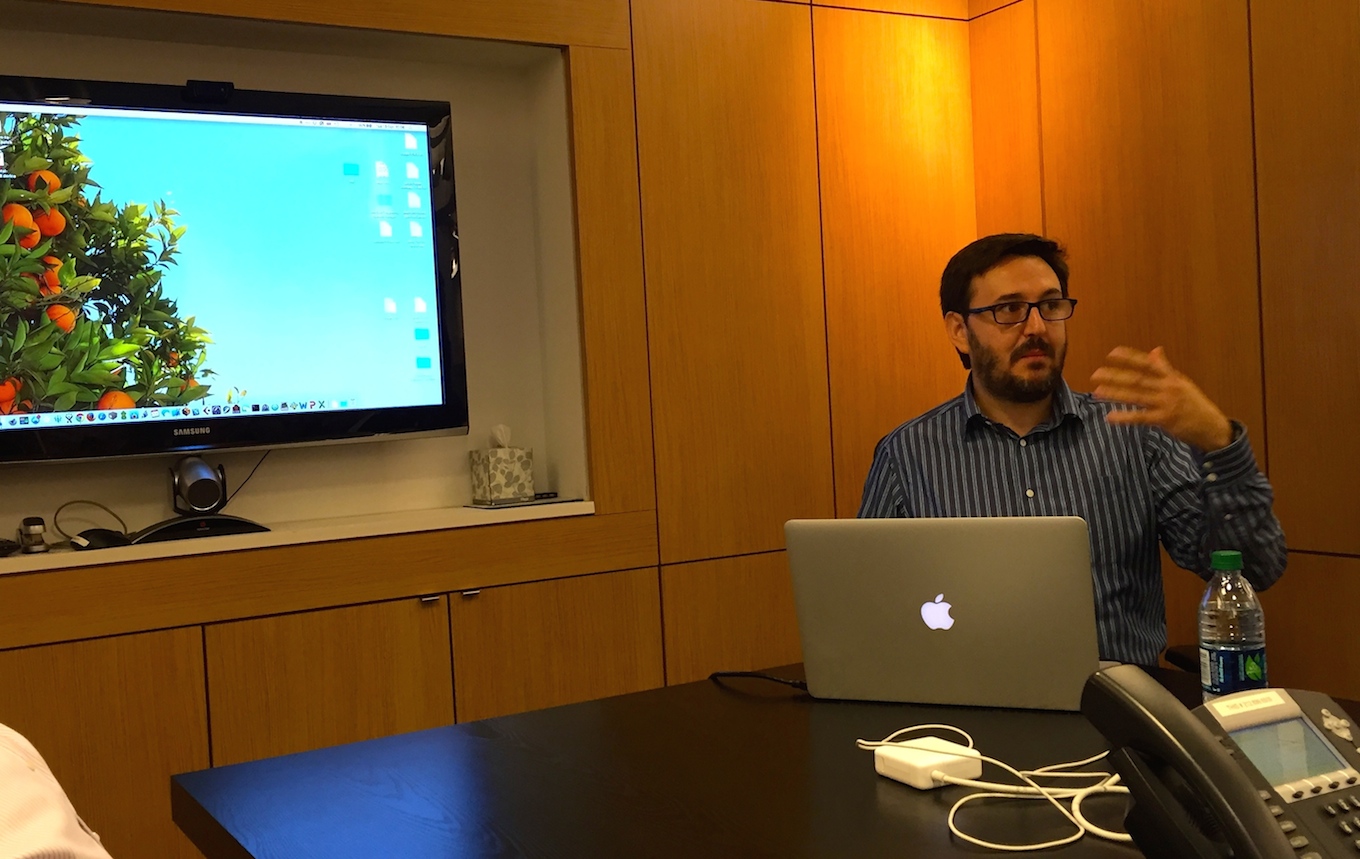 The centerpiece of Daniel’s visit was a presentation to representatives of most of the major concert publishers with New York-area offices. Accompanied by Greg Ondo, Steinberg’s longtime field marketing manager for North America, Daniel gave a detailed three-hour presentation on the software to an assembled group of about twenty people, all of whom were seeing the application for the very first time.

Much of what Daniel covered has been documented already on his blog, in the interview he gave to me earlier this year, or in the interview he gave in May to SoundNotion. He walked the audience through the different modes of the program, from setup to writing, engraving, playback and printing; explained how the program will separate out “engraving” rules from “notation” rules; and described the fundamental philosophy of the software: “Automation is good if it does what you would have done anyway.”

The music examples that Daniel presented all originated as MusicXML files, to demonstrate how the application renders music notation without any further tweaking. There was much discussion given to the fine points of music engraving and preparation, on subjects ranging from accidental stacking to house style defaults. The experienced engravers and publishers in the room had an impressive accumulated knowledge of Finale, Sibelius and Score, not to mention expertise about non-software methods of producing music, and some of the conversation naturally referred to those platforms as the audience grasped how the Steinberg software would be similar or different.

The post-presentation chatter went on for more than an hour, as attendees were eager to talk with Daniel and among themselves about what they had just seen. 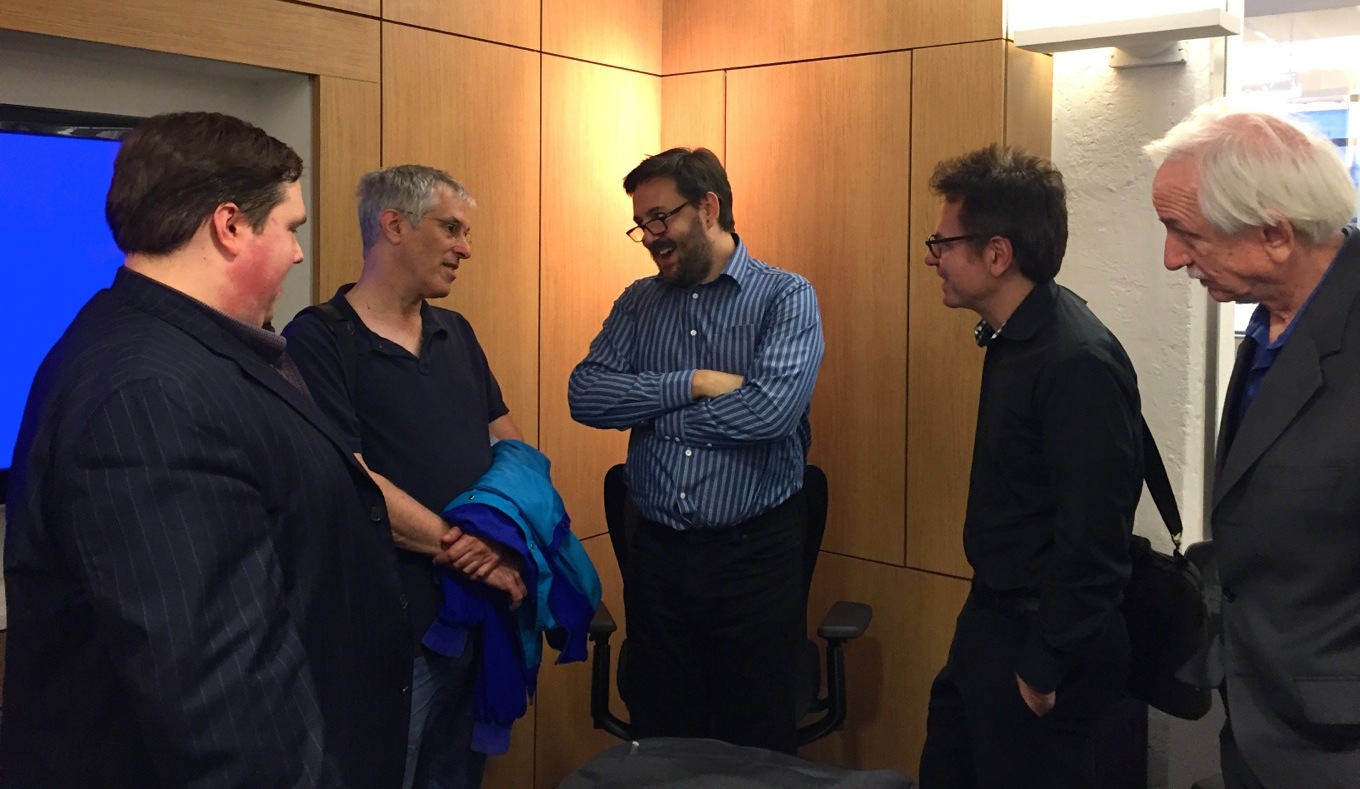 Afterwards, Daniel was given a tour of the Boosey & Hawkes New York office by editorial director Maggie Heskin, the meeting’s host. Looking at some pristine Not-a-set masters and other meticulous hand-copied scores was an inspiring reminder of the high standards that the new software is attempting to achieve. 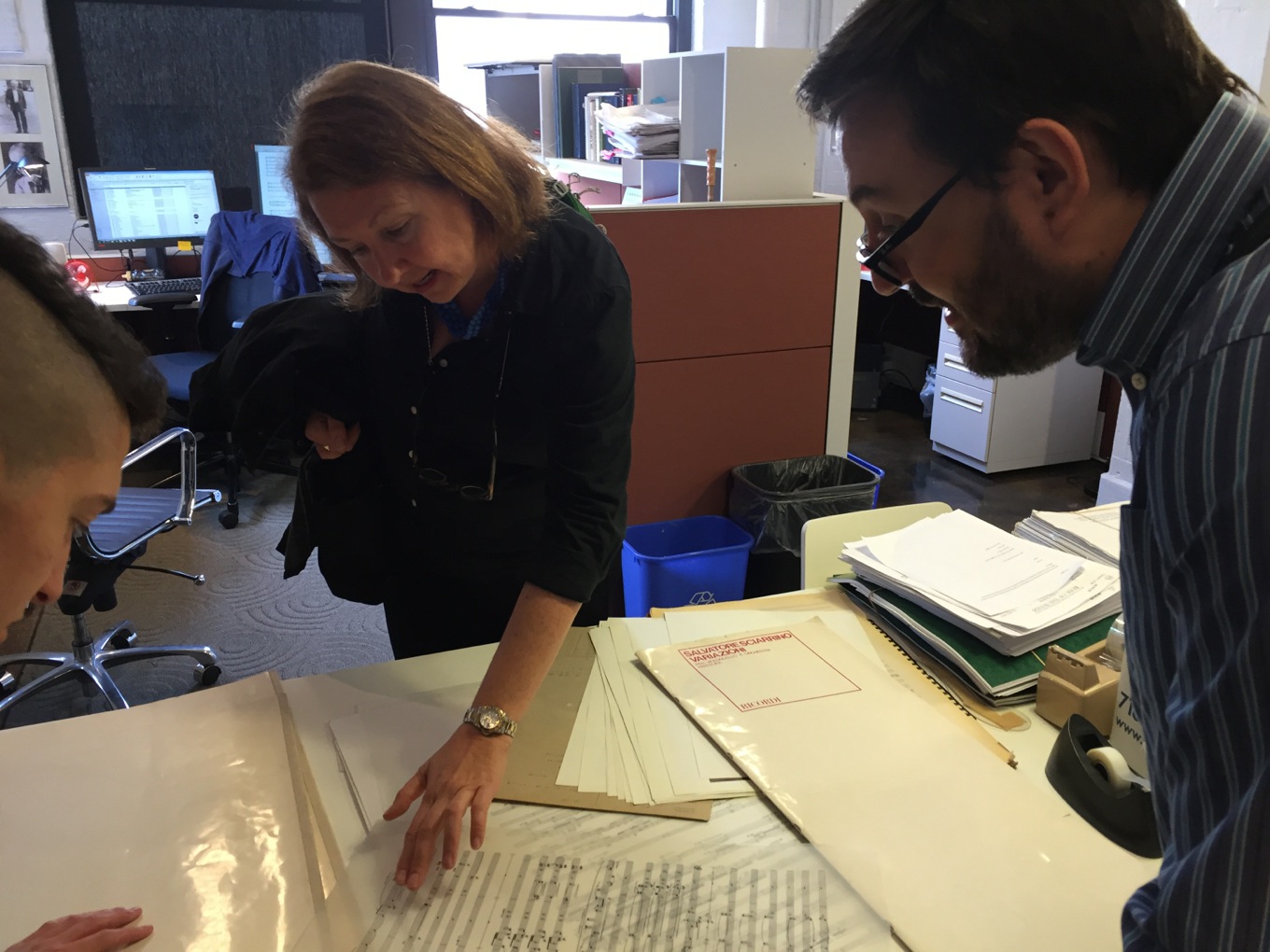 Steinberg product marketing manager Daniel Spreadbury has been in New York City this week promoting Dorico. We caught up with...

Update — February 22, 2013: Because of a trademark conflict with “Keeping Score”, the new name of the Steinberg notation...