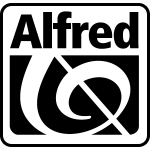 Alfred Music, the venerable Los Angeles-based educational music publisher and distributor, announced today that it was joining Peaksware Holdings, LLC. Peaksware is the Boulder, Colorado-based holding company that owns MakeMusic, Inc., as well as technology-oriented companies in the field of endurance and strength training.

Under the terms of the deal, Alfred Music will be a wholly-owned subsidiary of Peaksware. Peaksware assumed the role of creditor by purchasing Alfred’s outstanding debt from its lenders and then exchanging it for Alfred’s assets. Both companies are privately held, and figures were not disclosed. Ron Manus, currently CEO and chairman of Alfred Music, will remain with Alfred in a new role as chief business development officer, reporting to CEO Gear Fisher.

Unlike Peaksware’s MakeMusic acquisition in 2014, there are no plans to move Alfred’s offices to Peaksware’s Colorado headquarters, according to Sonia Bertek, a company spokesperson. No other management changes are planned. All Alfred employees will have the opportunity to continue in their current roles, with no changes to the organization structure.

Alfred Music, according to the company’s web site, “produces educational, reference, pop, and performance materials for teachers, students, professionals, and hobbyists spanning every musical instrument, style, and difficulty level.” Alfred has more than 150,000 active titles in its catalog and owns a a number of well-known music publishing of imprints including Belwin, Highland/Etling, Warner/Chappell, and the Kalmus Classic Series.

Alfred is also a distributor for more than 100 companies with excellent reach worldwide. Among its exclusive deals is one signed with MakeMusic in 2013 to become MakeMusic’s sole distributor in North America, India, Australia, and New Zealand for Finale and Garritan products.

Peaksware touted the relationship between Alfred and MakeMusic in a press release announcing the deal:

Alfred Music and MakeMusic will continue to operate independently while sharing resources within the Peaksware group to advance innovations, provide additional content, and leverage distribution channels. MakeMusic will remain steadfast in its long-standing commitment to work equally with all publishing partners to provide the highest level of quality content for musicians and educators within SmartMusic.

“Our long-term goal at Peaksware is to build an end-to-end ecosystem that connects composers, publishers, educators, directors, and musicians,’ explained Peaksware CEO Gear Fisher. “Alfred brings additional distribution opportunities for artists and composers while expanding the repertoire within SmartMusic for teachers and musicians.”

In a blog post, MakeMusic said that both Alfred Music and MakeMusic will continue to operate independently:

Our customers and current partners won’t be impacted by this news — they will experience “business as usual.”… It’s important to note that this relationship will not change MakeMusic’s long-standing commitment to work equally with all publishing partners to provide the highest level of quality content for musicians and educators within SmartMusic.

MakeMusic spokesperson Sonia Bertek said that Alfred currently provides about half of SmartMusic’s total content, with the rest coming from other publishers such as Hal Leonard., Kjos, and FJH. “Our goal is to work with as many publishers as possible,” Sonia said.

MakeMusic pays royalties to publishers for the use of their content in SmartMusic. This will continue, although now in the end the royalties Alfred receives from MakeMusic will be contributing back to Peaksware’s bottom line. “That’s true,” Sonia said, “but the purpose of this deal was not to make an end-run around having to pay royalties. Both companies [MakeMusic and Alfred] have separate budgets and business models. Publishers have a different business than MakeMusic. We value their content and want them to thrive.”

The focus on SmartMusic follows on the recent announcement of the new browser-based version of SmartMusic (the “new SmartMusic”), a direct result of MakeMusic’s acquisition of Paris-based Weezic last year. That team has been developing the new SmartMusic, which, unlike the original product, does not require Finale to create SmartMusic files, relying instead on MusicXML output from any MusicXML-supported program. MakeMusic plans to make the new SmartMusic available in time for the 2016-17 school year.

Our NAMM 2018 coverage continues with a visit with several MakeMusic representatives to talk about SmartMusic and Finale, including a...

MakeMusic, the maker of the Finale, SmartMusic, Garritan and MusicXML products, has joined Peaksware, a maker of endurance training software....