The old and the new - Scoring Notes
Skip to content

A few weeks ago I had the pleasure of attending a session in New York run by Ernie Jackson and hosted by the Digital Film Academy. Ernie reviewed the new features of Sibelius 7.5, which was announced earlier that day on January 23.

Ernie deftly demonstrated the new of Sibelius, and he also kindly presented me with a reminder of the old: a mouse pad that came included with an early version of Sibelius. I’m sure a knowledgeable reader will be able to pinpoint the exact version (2 or 3, most likely)?

It was a thoughtful gesture on Ernie’s part. For the moment, the mouse pad occupies a spot on my desk next to a slightly more current piece of technology: 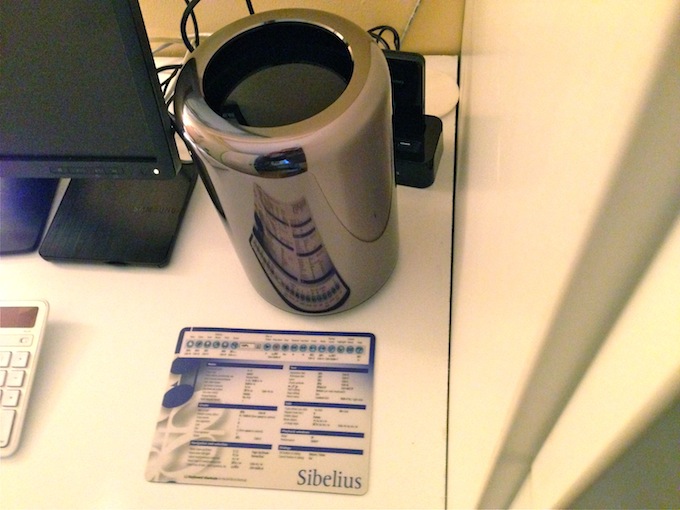 Now if we could just have that fix for Mavericks… (from statements on Avid’s official Facebook page and the chat forum, signs are looking hopeful in that regard).

Sibelius expert trainer Ernie Jackson has just sent me a friendly note about upcoming meetings for Sibelius users in New...

This fierce-looking gentleman (courtesy jp_ns on Flickr) would like to remind you that this Saturday, 29 October, Sibelius sensei Ernie...