If you’re looking to catch up on some holiday reading, don’t forget to include this blog in the mix! Here are some of the top articles from this year. 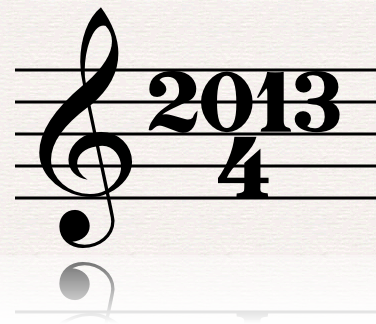 Finale 2014 released. Read about the new features in the latest version of MakeMusic’s flagship notation software, and how they stack up against Sibelius.

Music handwriting app video shown to be a mock-up. A video posted online nearly a year ago about a music handwriting app caused quite a sensation, but it was ultimately just a marketing piece by a start-up for something that still remains in development today. Meanwhile…

NotateMe brings music handwriting app to market. Neuratron, makers of Photoscore, released a handwriting app for iOS and Android that keeps getting better with each update.

Joseph Trapanese scores “Oblivion” in Sibelius. This in-depth interview with the co-composer of the blockbuster film score also features some tips from veteran music preparer Booker T. White of Disney.

Create custom line shapes in Sibelius using font characters. Guest blogger Robert Puff shows us how to make custom lines based on any character in a font.

Go wild with text wildcards. Watch this video tutorial and make the most of your file metadata.

Avid’s Michael Ost speaks about Sibelius. If you missed our recent interview with Sibelius’s new technical lead, read it here and get a glimpse into what is in store for the future of Sibelius.

Don’t see your favorite article here? Share it with others in the comments. Happy reading!