Over the past several years, I’ve had the good fortune to re-engrave several of Aaron Copland’s greatest works, in cooperation with The Aaron Copland Fund for Music and Boosey & Hawkes. One of the main purposes of these new engravings was to make a clear set of performance materials — score and parts — that improved upon what had been circulating for decades, both in the accuracy of the music and its presentation on the page: 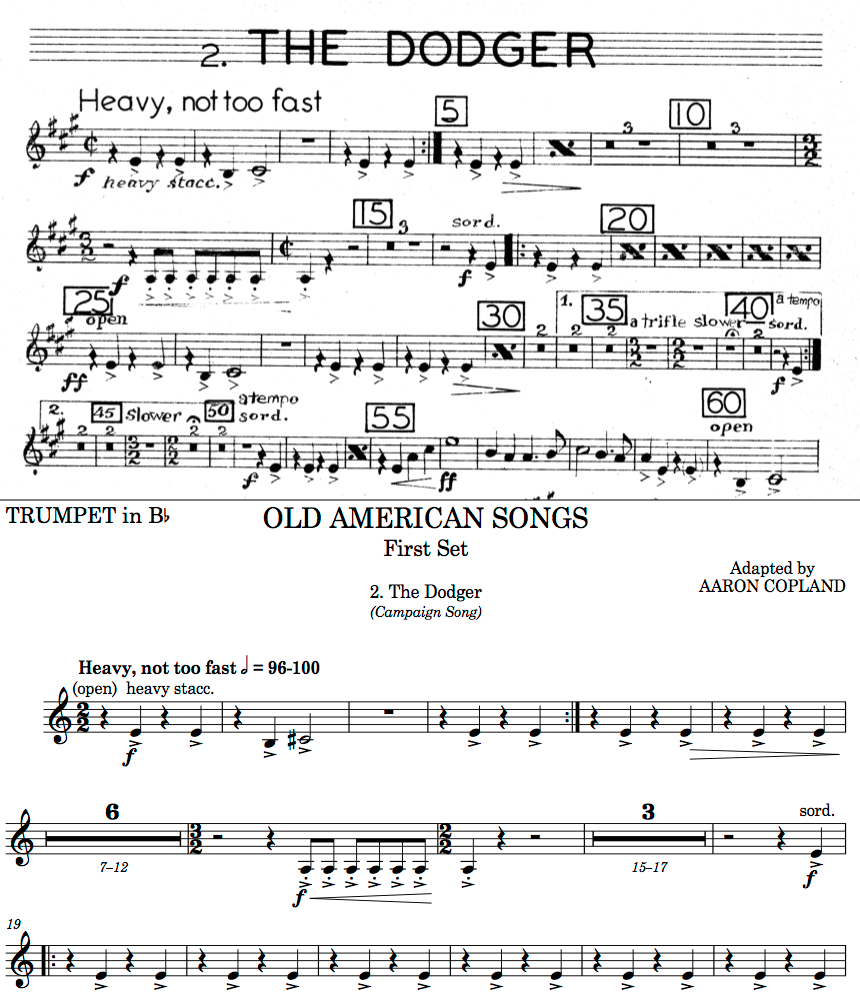 Yet another purpose of these projects, in some cases, was to provide additional insight and performance options to interested musicians. It is well-known among clarinetists, but perhaps not to the general public, that Copland revised his initial draft of his Clarinet Concerto after reviewing it with Benny Goodman, who premiered the work in 1950. As the preface to the new engraving says:

The several changes made to suit Goodman in the fast movement have resulted in two versions of the Concerto—Copland’s original and the published score with Goodman’s requested changes. (Copland had made them somewhat grudgingly in deference to Goodman.) Clarinetists have taken sides on their preferences. The aim of this publication is to provide both versions in published form to be available for choice by performers and conductors: The published edition incorporating the changes requested by Goodman is presented along with the differences from the earlier 1948 manuscript version appearing as ossias.

In a similar vein, we’ve just about completed work on a new edition of Copland’s Third Symphony that will soon be available. From the preface:

Most notably, this engraving restores ten of the final nineteen bars that were present in the first published edition of the work, but later cut from the finale… Leonard Bernstein first performed the Symphony with these cuts in 1948, and Copland authorized their permanence in 1954, notating a new ending in manuscript that was incorporated into the 1966 edition.

Yet later on, Copland expressed an interest in hearing the work as it was originally composed. The bars that were cut… contain important thematic recapitulations from the first and fourth movements that are not otherwise present in the shorter version of the finale. Because this material restores the finale’s proportion and balance, the ending containing these bars is presented in this engraving as the preferred version.

Several weeks ago I traveled to New Orleans, Louisiana to be present for the Louisiana Philharmonic Orchestra‘s rehearsals of the Symphony. The LPO and guest conductor JoAnn Falletta enthusiastically agreed to “road test” the new materials, so that we could collect feedback and incorporate any final corrections into the new version.

Fortunately, there were only a handful of errors, and no showstoppers — but the rehearsals were incredibly instructive nonetheless. One very practical suggestion came from the LPO’s trumpet section. The Symphony is scored for four trumpets. The beginning of the fourth movement incorporates Copland’s Fanfare for the Common Man, which was only scored for three trumpets, and the version in the Symphony retains that scoring. So the fourth trumpeter is tacet during the entire fanfare.

The suggestion from the players was to cue the entirety of the fanfare’s first trumpet part in the fourth trumpet part, allowing for some relief if needed, much as an assistant first horn player might provide. A terrific suggestion that we will incorporate into the final edition!

It was gratifying to see a yearlong project finally come to fruition, thanks to Copland’s enduring music and the gracious participation of JoAnn and of the LPO’s fine orchestral musicians and staff.

Once we go through the parts, and correct any other errors, this project will be complete! 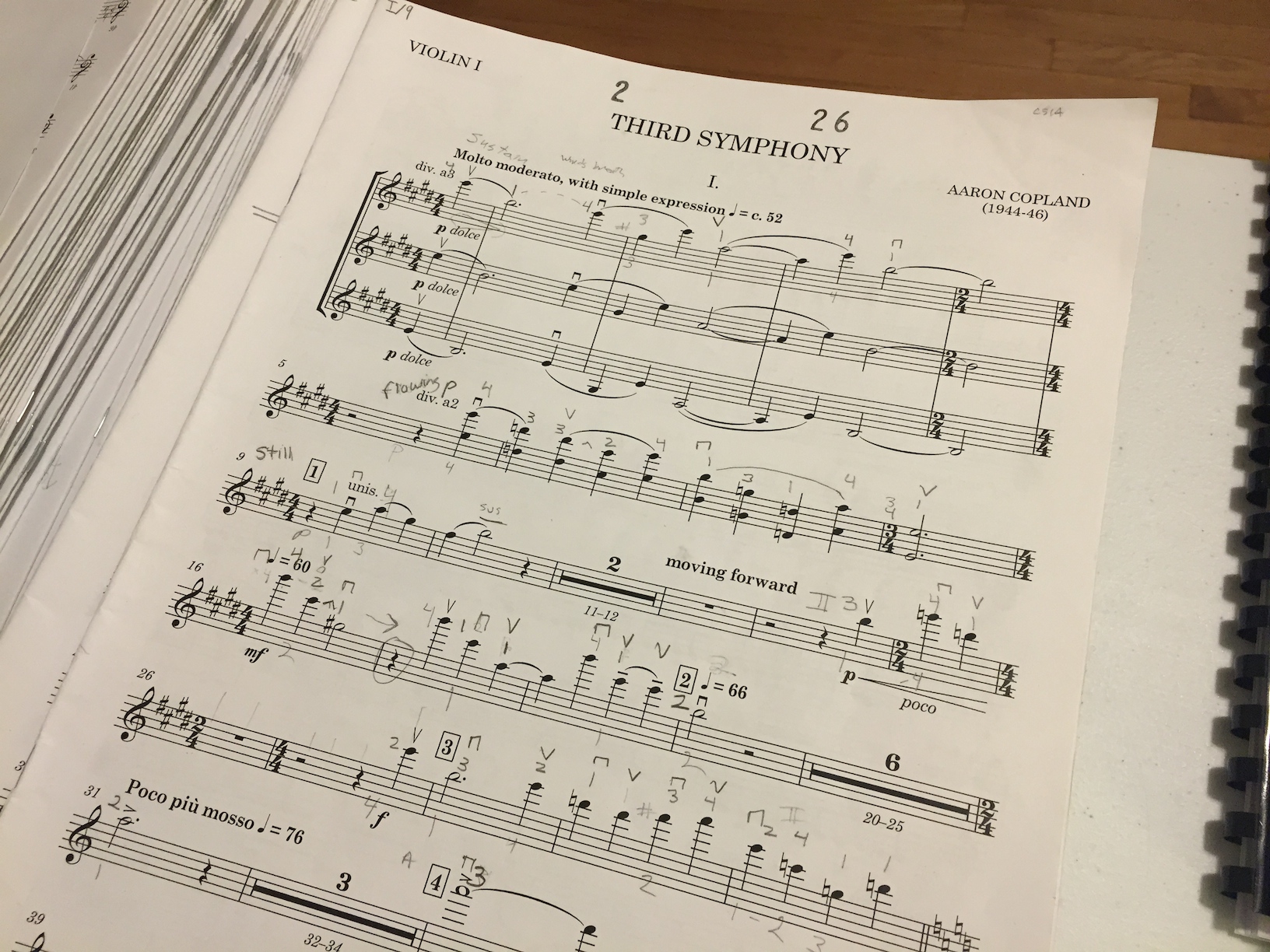 We've been "road testing" a new edition of the full ballet of Copland's Billy the Kid with the Peabody Symphony...