Before the week ends, I thought I’d share a fun project in which we at NYC Music Services played a small but important role.

Last night, Jimmy Fallon brought The Tonight Show outdoors to the Summer Stage at Central Park in a first for that TV program, which is usually taped in NBC’s studios at Rockefeller Center.

Joining the show’s house band The Roots were none other than musicians from the New York Philharmonic, making for a unique 20-piece ensemble performing live for 1,500 audience members and millions later on TV.

Along with John MacDonald from the NBC team, Travis Freshner arranged and prepared the music. When the final revisions were made only a couple hours before taping, Travis sent us the digital files to print. The parts rolled off the printer here and whisked their way, taped and bound, onto the music stands in Central Park in a New York minute — in time for the beginning of the show. 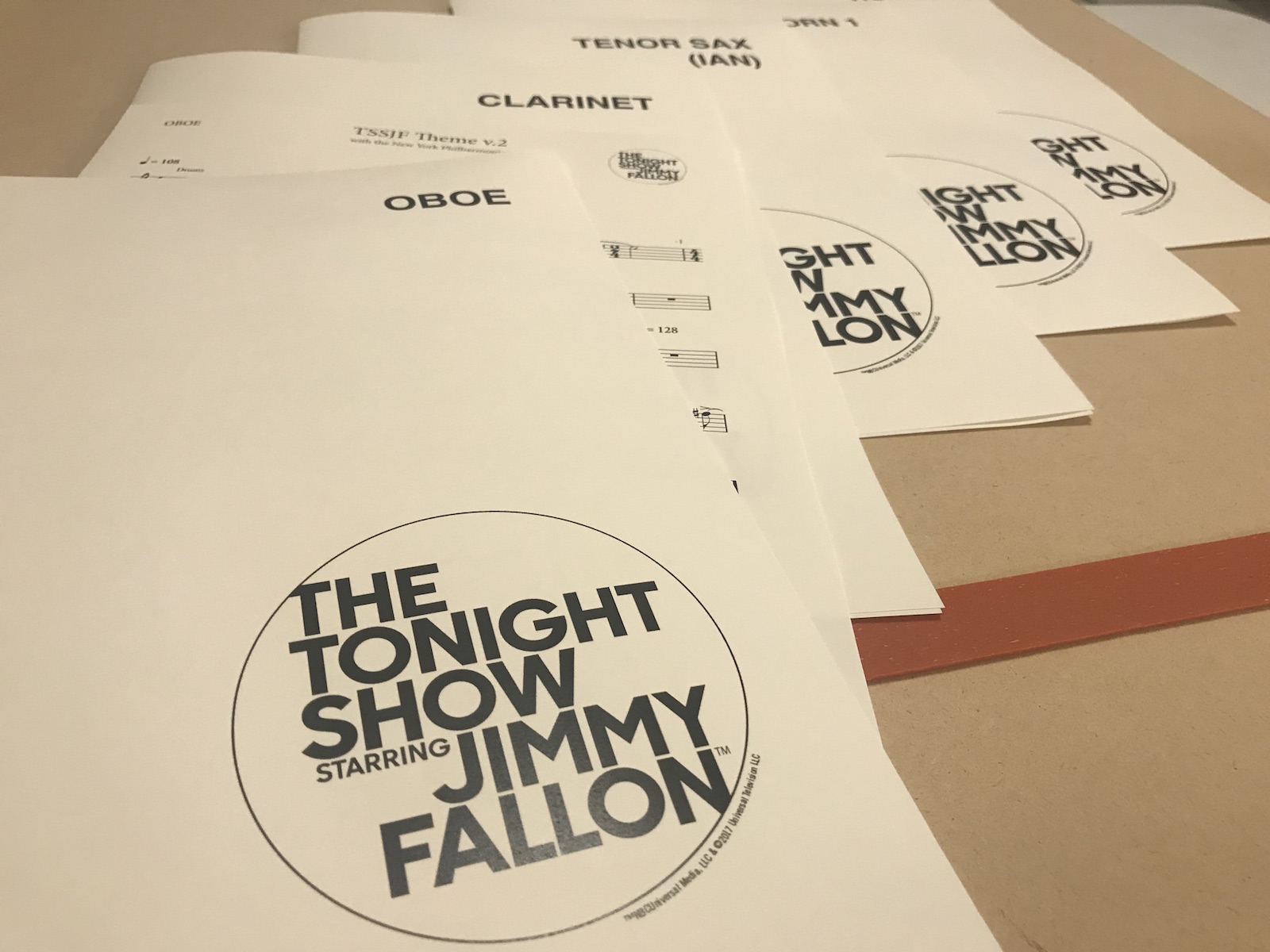 Blake Lively, Carrie Underwood, and Henry Golding joined Jimmy Fallon on stage for a round of “Name That Tune,” where the musicians — and the music played a starring role, with the stars guessing selections from Justin Timberlake, The Jackson 5, and Britney Spears after only a few notes.

A special mention is deserved for Abraham Lee, whose utility PDF-Music Binder shaved precious minutes off of the printing time by making quick work of creating print-ready files.

It was great to work with Travis and John for this special broadcast. Enjoy the Name That Tune segment and see if you can guess the songs before the guests do!

In these days of low budgets and high technology, it’s unusual for a weekly episodic television show to have an...