Today at NYC Music Services we’ve released a brand new tool for Sibelius users to dramatically speed up their work. It’s called Notation Express and it’s a fully customized profile for the Elgato Stream Deck console that makes powerful Sibelius features easy and fun to use.

Notation Express includes more than 250 commands that are just a touch or two away, with an intuitive layout and beautiful icons. See it in action:

I came up with the name “Notation Express” because of the buttons you “press” on the Stream Deck. Ah, who doesn’t love a play on words!

A few months ago, Scoring Notes contributing author Dan Kreider reviewed the Stream Deck and talked about how he used it in Dorico. The idea of using it more in my work was kicking around in the back of my mind ever since then, but it picked up stream — er, steam — recently when David Newman asked about putting something together for Sibelius. 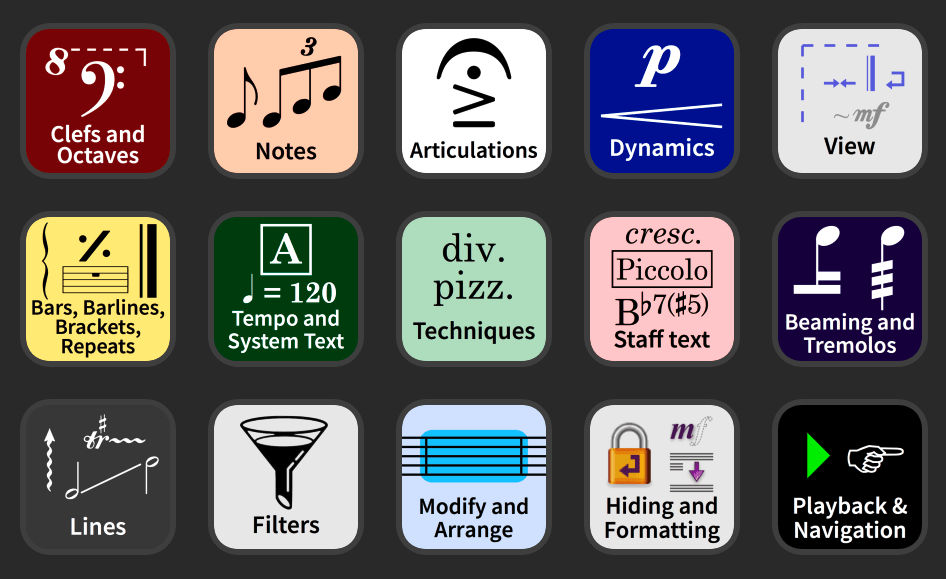 And now, here we are! Yes, you could certainly build your own Stream Deck profile. But for $29, you can have the benefit of getting up and running in a matter of minutes with Notation Express, which took many, many hours of work setting up the shortcuts and designing the custom icons.

An example of it in use, with dynamics:

Notation Express is available for Mac and Windows.

And of course, you can still create your own profile to use in addition to Notation Express, and switch between the two (or buy another Stream Deck and run two side-by-side!).

Notation Express is available from NYC Music Services. Be sure to purchase the correct version for your operating system. It costs $29.

If you’re looking for Notation Express for Dorico, it was released on April 29, 2019.

At NYC Music Services we've made a demo of Notation Express available for anyone to try. The demo includes just...