On the Scoring Notes podcast, Philip Rothman and David MacDonald talk about how they developed this new version of Notation Express and the immediate benefits of the new system. We also discuss how this new API opens up even more possibilities, not only for the future of Notation Express, but also for other tools. Listen now: 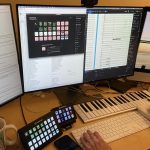 If you stop by Scoring Notes from time to time, you may have seen the exciting news that Dorico 4 was released recently. If you haven’t heard about it yet, please read our extensive review.

A feature that was introduced in Dorico 4 was this nugget, buried deep in the version history:

“Dorico 4 introduces a new remote control API that allows richer control from external applications such as the Elgato Stream Deck or Metasystem’s Metagrid apps for iOS and Android. This API allows software to connect to Dorico using WebSockets, then to send commands, update properties, read the state of the application, and so on.”

Notation Express for Dorico 4 has been completely rebuilt. Every button has been re-programmed to take advantage of Dorico 4’s ability to receive commands directly from Stream Deck, instead of relying upon a custom key command profile as the intermediary.

What does this mean?

You may have noticed that earlier versions of Notation Express installed a custom key command (shortcut) profile. In Dorico 4 it is no longer necessary to rely on these commands.

This is a major change for the following reasons:

I’ve especially enjoyed this last benefit; it’s surprisingly convenient, for example, to use the playback and navigation controls on Stream Deck and have it automatically control Dorico in the background, while working in another application (like Logic, Cubase, or a PDF reader like Acrobat or Preview) in the foreground.

And, if you have multiple Stream Decks, well, more power to you: 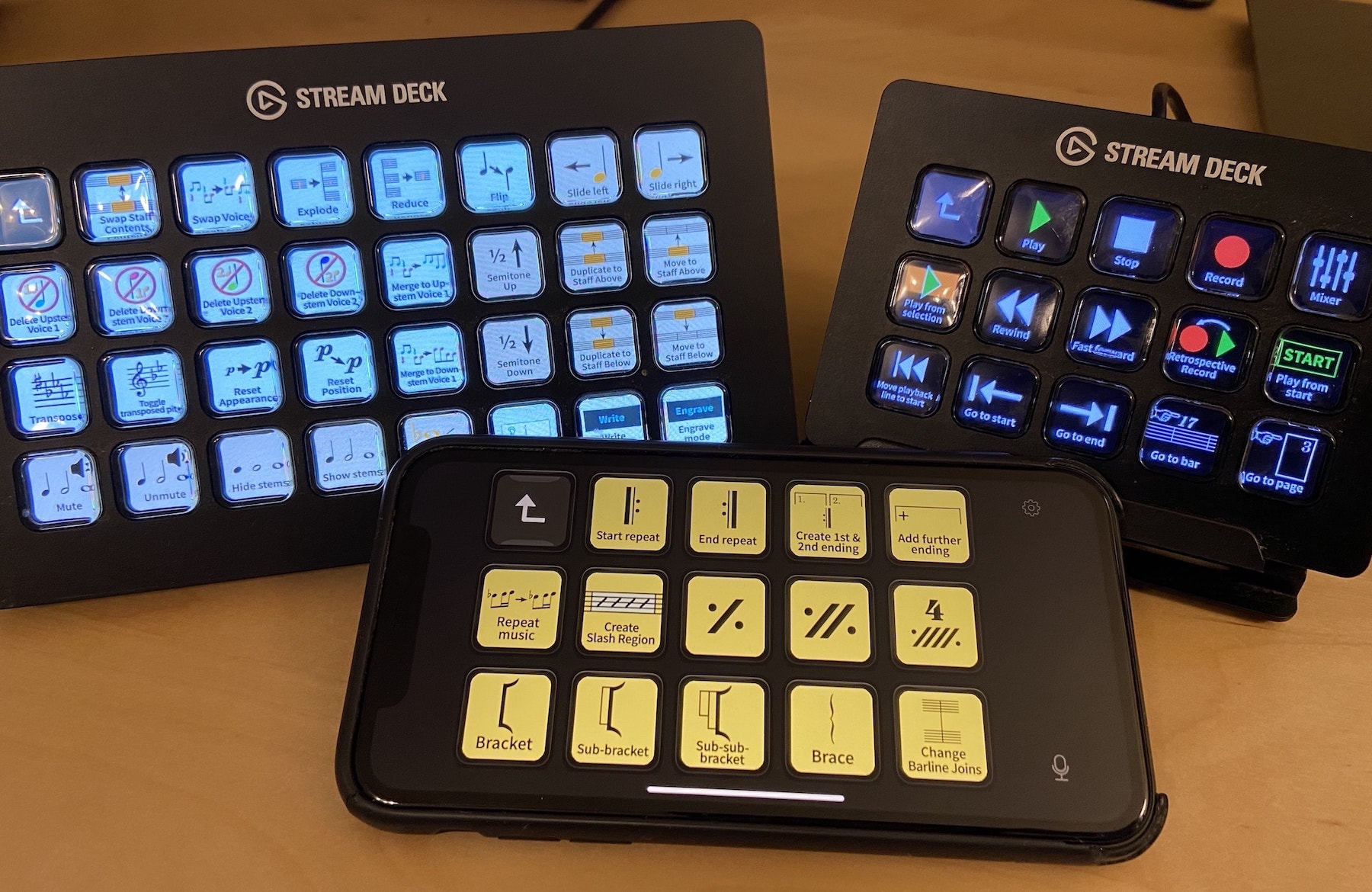 Because of the amount of work involved in transitioning to this new protocol, and the benefits it will bring for the future, Notation Express for Dorico 4 is a paid update for existing users, as follows:

If you purchased the Notation Express/Notation Express XL bundle, you are eligible for the same update pricing as above; there is no further discount, but you are not obligated to purchase both updated products (you may update separately if you like).

Update: On initial release, there was an issue where the user needed to quit the Stream Deck desktop app and then relaunch it, each time Dorico was relaunched. This was patched in an update on February 6, 2022.

In the future, we will introduce support for additional features exclusive to Dorico 4.

We did let one small new feature slip into Notation Express XL; this is not new to the Dorico 4 application, but users might notice new Previous Page and Next Page buttons on the Stream Deck XL. Again, these, and all the navigation buttons, now work even if Dorico is in the background:

First of all, thank you to the amazing user community for using Notation Express and supporting this project!

Thanks to Steinberg for including the tools to control Dorico 4 in this way, and for making their API available to us so that we could make this new update possible.

Huge thanks to the Notation Express for Dorico team:

The outstanding team made it easy for me to finish up the work. This looks daunting, but it could have been a lot harder if it weren’t for them: 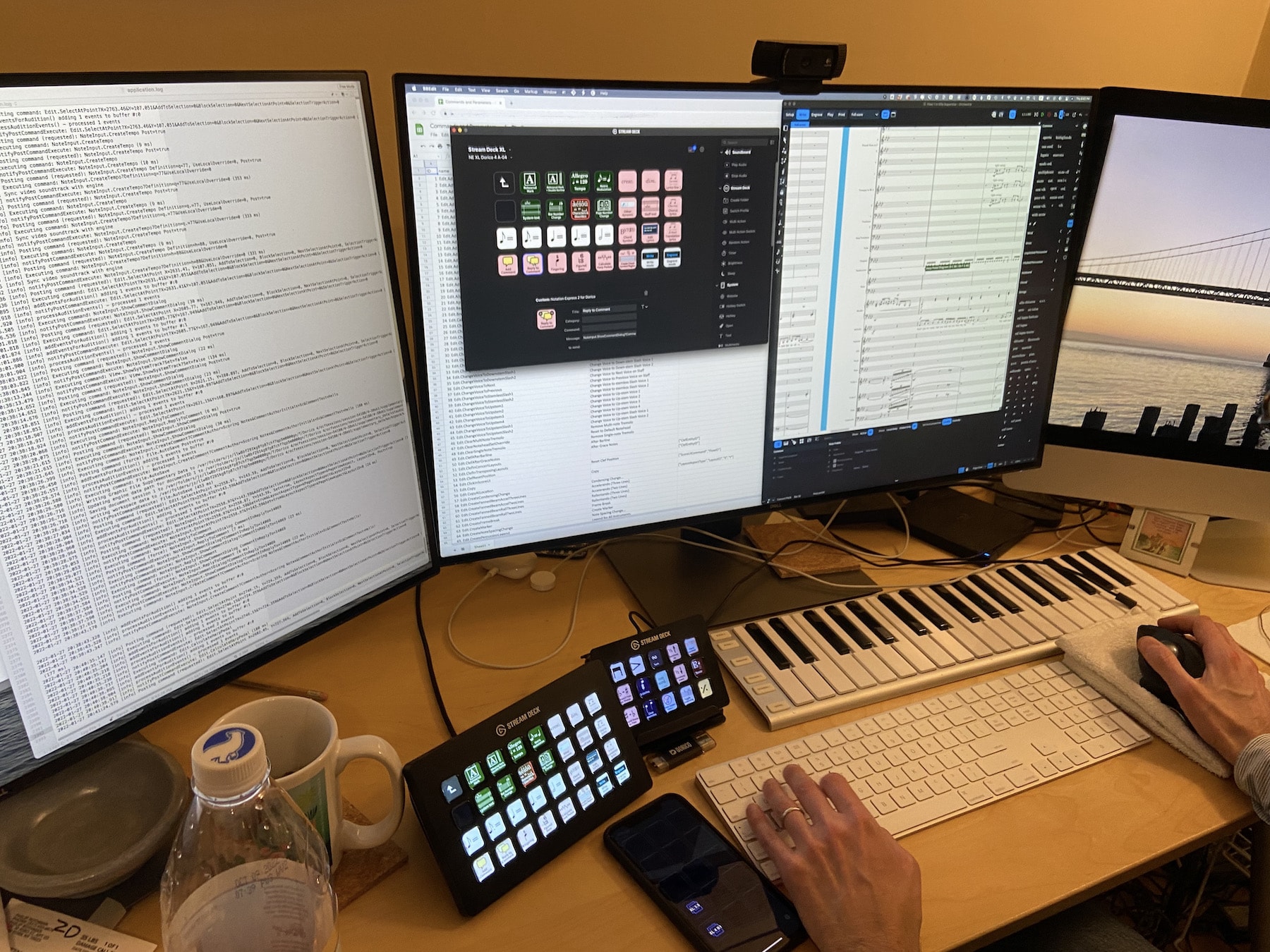 When it comes to expert Dorico users, there are few that are more so than Leo Nicholson. Spanning 29 separate...