It was another busy day at the 2016 MOLA (Major Orchestra Librarians’ Association) conference in Helsinki. The various venues at the Finnish National Opera house were humming with activity.

I just finished giving my demonstration of the StaffPad music handwriting app. Other than the slight jet-lagged moment where I referred to StaffPad as “Finale…uh, Sibelius…uh, I mean StaffPad,” it was a treat to present this software to the delegates in attendance. 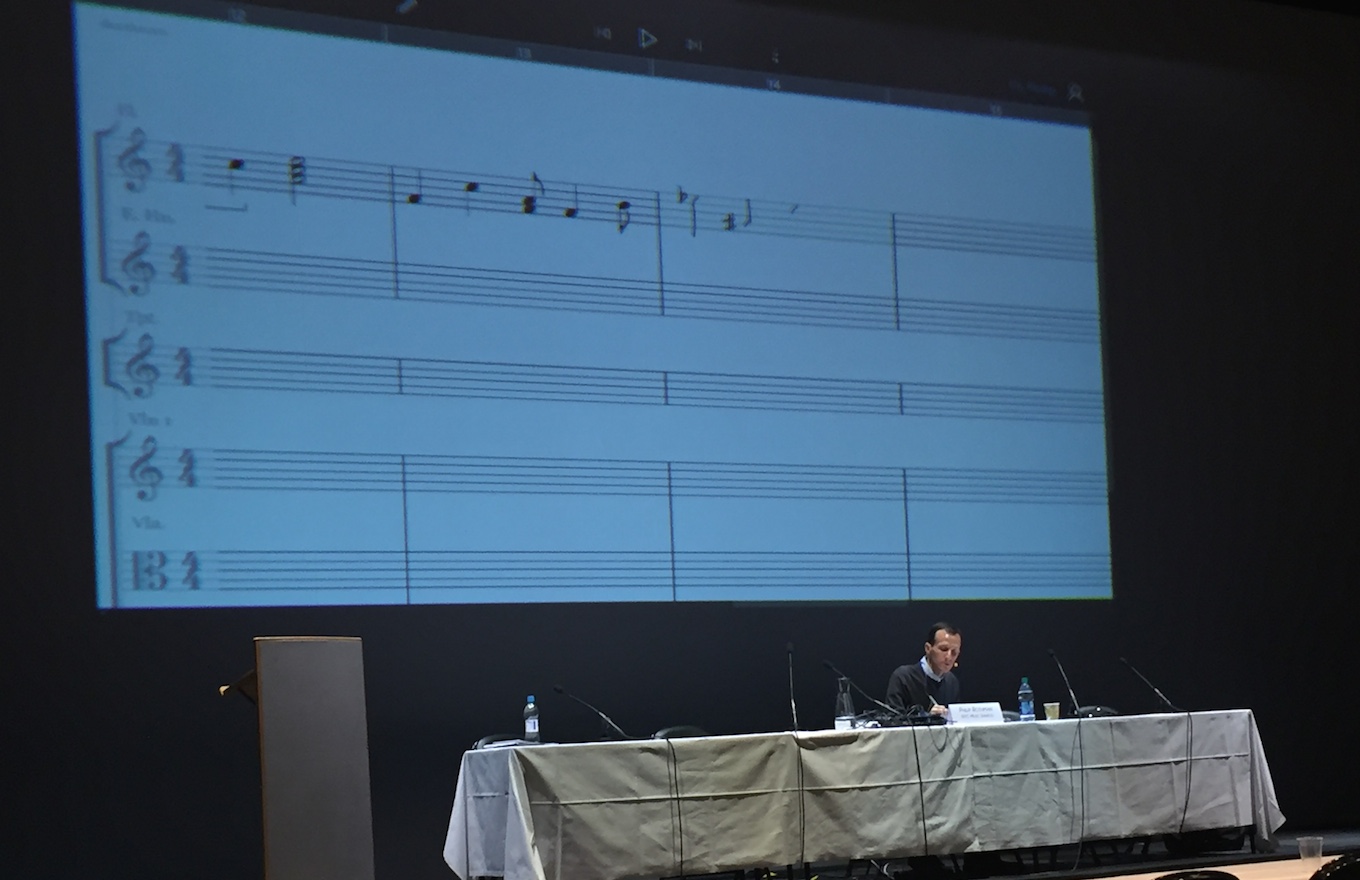 Hopefully I can be forgiven, as hours earlier I gave a presentation on the basics of Finale, with a more advanced “user surgery” session to follow tomorrow morning.

The presentation, described as the “world’s first public presentation of Steinberg’s in-development scoring application…built by the world’s most experienced scoring software development team,” was an overview of the software intended to be a competitor to long-established commercial products such as Sibelius and Finale. 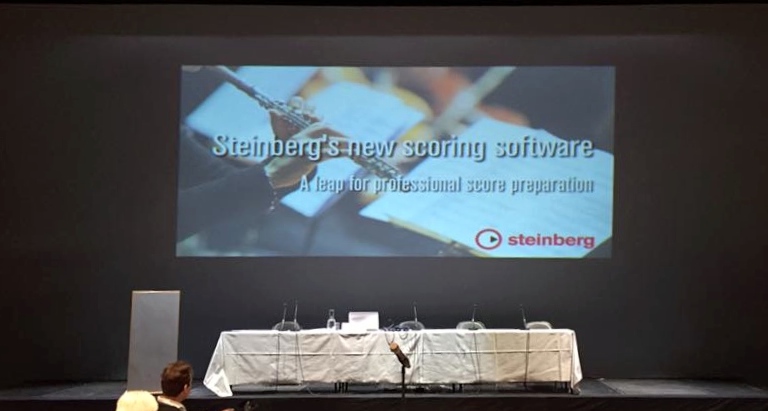 Tony Rickard, music library manager for the Royal Opera House and current MOLA president, introduced Daniel and called the presentation “quite a coup for MOLA.”

In Daniel’s introduction to the software, he rhetorically asked: “Does the world really need another professional scoring program? We hope the answer is ‘yes’.” He also said that he and the development team have been “incredibly lucky – Steinberg have been patient and supportive” in the more than three years that the program has been under development.

During the presentation, Daniel covered all major aspects of the software’s engraving features, including the five modes of the program: Setup, Write, Engrave, Play, and Print. Those that follow Daniel’s blog will be familiar with his comparison of Steinberg’s output compared to other products, like when describing spacing algorithms. 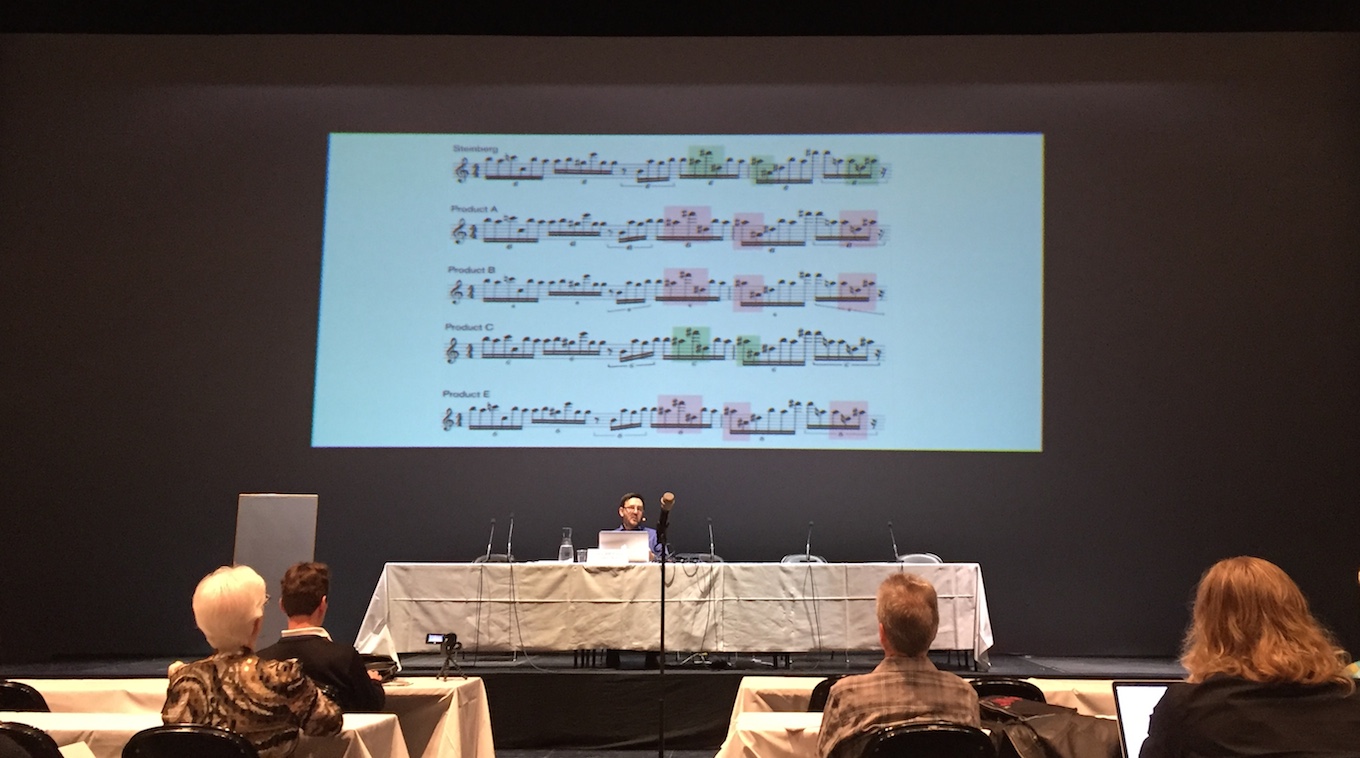 As a way of illustrating the program’s devotion to the intricacies of music engraving rules, Daniel said, “We had one developer work on just ties for nearly a year,” Daniel said to an amused and appreciative audience. “I’m certain that you’ll be making much fewer manual adjustments to ties in our program than in other programs.”

The program will have a huge number of tweakable options, yet Daniel said that “we wanted to make the default output really beautiful. Input and editing is much more flexible than both of the other programs. You can change your mind at any point.”

Daniel opened a number of MusicXML files in the new program and showed how it handled various engraving problems inherent in different musical situations, without making any further adjustments.

As mentioned in yesterday’s blog post, Steinberg plans an official announcement of the software on Tuesday, May 17, and at their request we will refrain from publishing further details about the software until that time.

There were so many other interesting sessions that I only wish I had time to attend them all. Today’s topics included Photoshop basics and user surgery, hands-on part preparation, Finnish music in the 20th century and beyond, preparing audition materials, music binding demonstrations, and seminars on publishing and copyrights.

In addition, the vendors’ hall was a favorite meeting place, with publishers and services such as Scores Reformed, Zinfonia and Educational Music Service showcasing their wares, to name but a few. My friends at JoAnn Kane Music Service were busy setting up shop with their film scores for concert use:

All in all, another fine day in the beautiful city of Helsinki. I’m looking forward to my joint presentation tomorrow with Daniel Spreadbury about the history of music notation technology. More updates to follow on Tuesday.

A report from the first day of activities at the 34th annual MOLA Conference in Helsinki, with presentations on music...

The 34th annual Major Orchestra Librarians’ Association (MOLA) conference will be held in Helsinki, Finland from May 13-16, 2016. I'll...

We quickly hop around the world of music notation news in this post, chock-full of the latest updates about StaffPad,...