Last week in our “Behind the scenes” post, in addition to a tour of the latest news about Dorico, MuseScore, and Finale, I shared a photo of a lot of cardboard boxes — the result of busy times here preparing music for Carnegie Hall’s Link Up education program. I didn’t think a photo of boxes would be so interesting, but I received a surprising amount of reader feedback with requests to learn more.

So today I’ll go behind the scenes right here to show you just what goes into putting the music together, and especially how we take existing sets and turn them around for the next year’s performance season. We’re at the height of production for this project, but soon we’ll be back to more of your favorite posts on the blog with tips, tutorials and news about the field of music notation and technology. Until then, enjoy our little tour!

We’re responsible for preparing, printing, and shipping the orchestral scores and parts for the Link Up program to Carnegie Hall’s national and international partners, numbering more than 90 worldwide. We also prepare the music for the six local New York City concerts performed annually at Carnegie Hall by the Orchestra of St. Luke’s. In all the concerts, students sing, perform on recorder or violin, and dance from their seats along with the orchestra to a carefully crafted program featuring music, narration, visuals, and more. 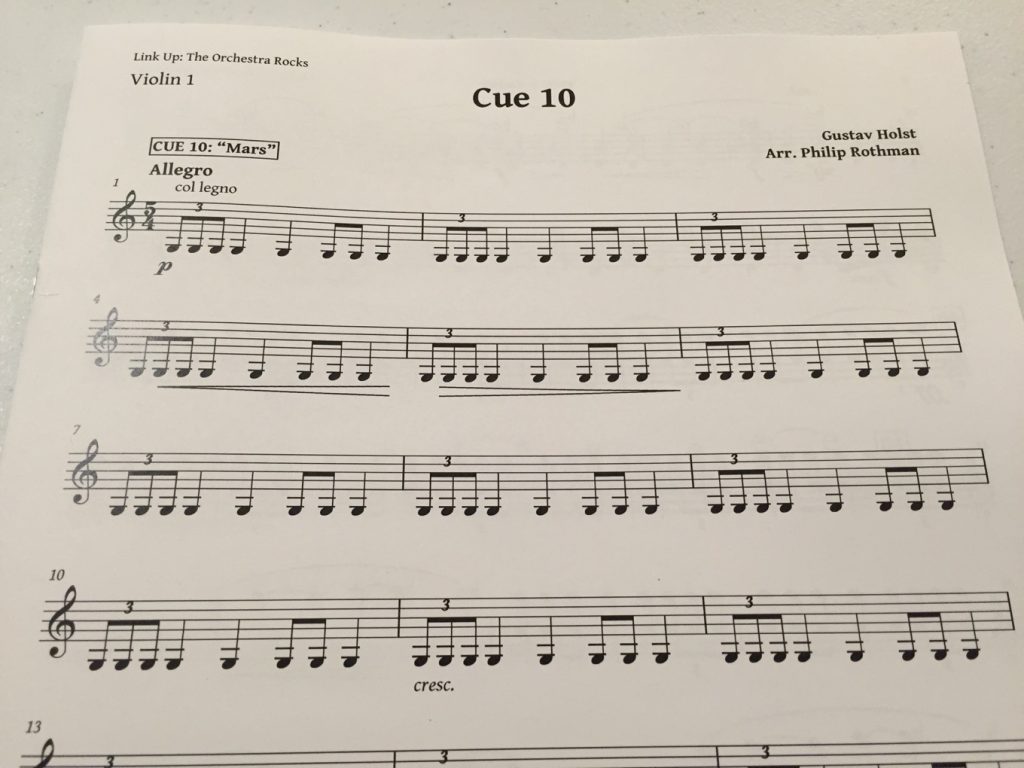 There are actually three shows in circulation: The Orchestra Rocks, with heavy hitters like “Mars” from The Planets and excerpts from Tchaikovsky’s 4th Symphony; The Orchestra Moves, with pieces that really move like Mozart’s overture to The Marriage of Figaro and the first movement of Beethoven’s 5th Symphony; and The Orchestra Sings, which showcases arrangements of folk songs like Simple Gifts and Ode to Joy along with the finale to Stravinsky’s Firebird Suite.

Rounding out the program are original compositions and shorter works by composers led by Thomas Cabaniss. The shows are developed by the staff of Carnegie Hall’s Weill Music Institute and are designed to be performed in one hour. Once they have finalized the cue order and script, we get to work.

Each show has approximately a dozen musical pieces, or cues; in many respects the shows resemble musical theatre or awards shows. Each cue is prepared separately. Most of the music is prepared directly in either Finale or Sibelius, although for several of the larger public domain works, we scanned and edited existing masters.

Then, it’s all printed and folded:

And then it’s carefully assembled into books for each part, complete with a cue sheet for each player: 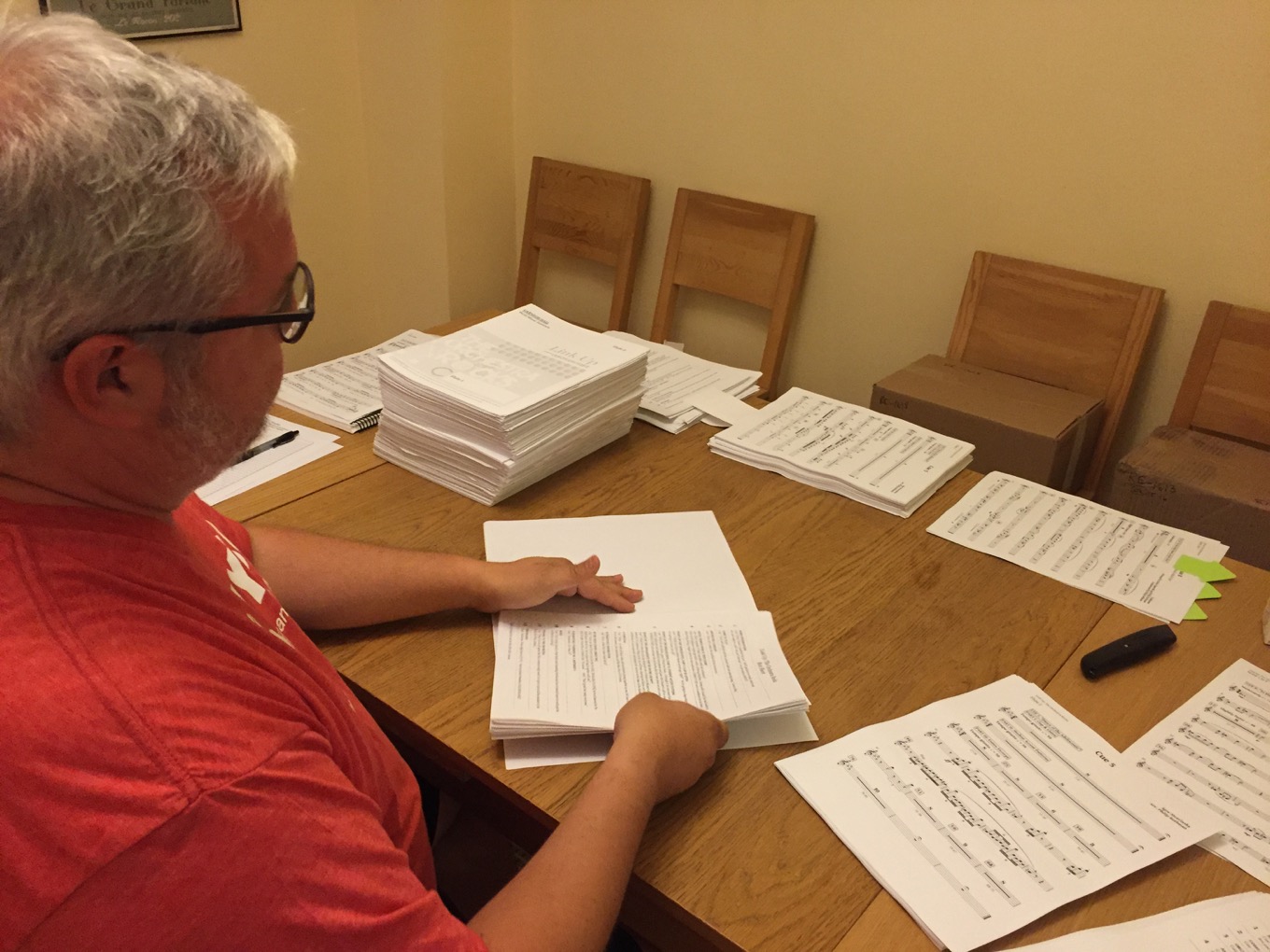 The music is shipped to the orchestras in uniform 20 lb. boxes like you saw last week, but sometimes it’s returned to us in a variety of shapes and sizes: 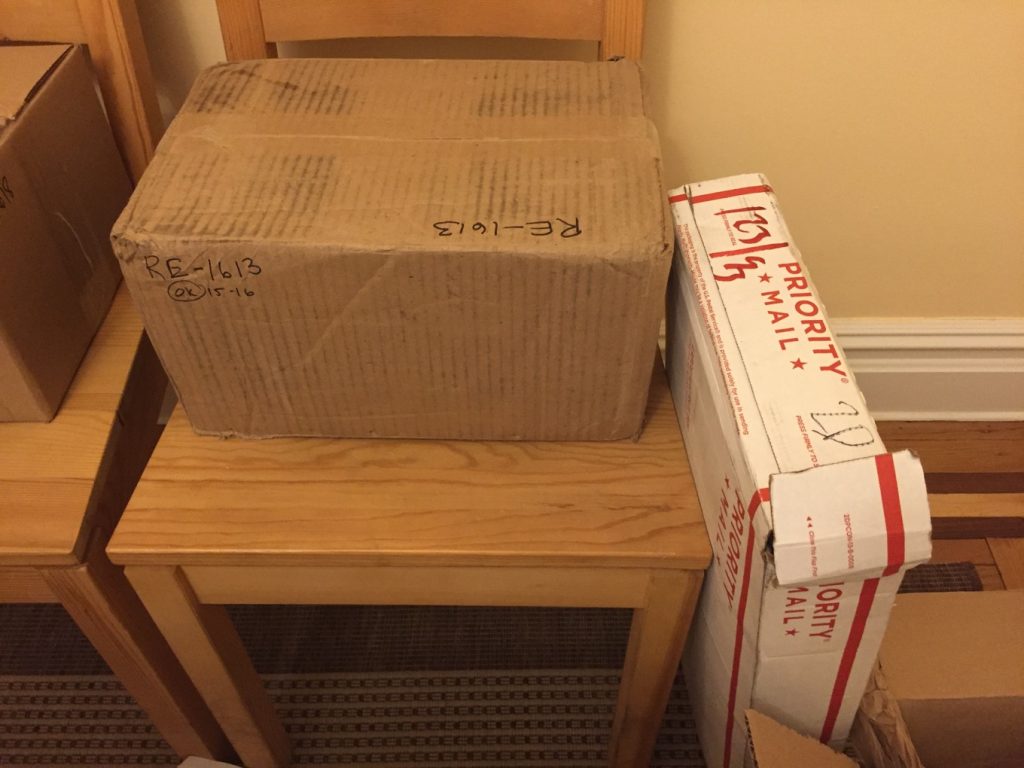 We open up each of these boxes. Each set is logged in and checked for missing or damaged material, and any such music is reprinted if necessary. 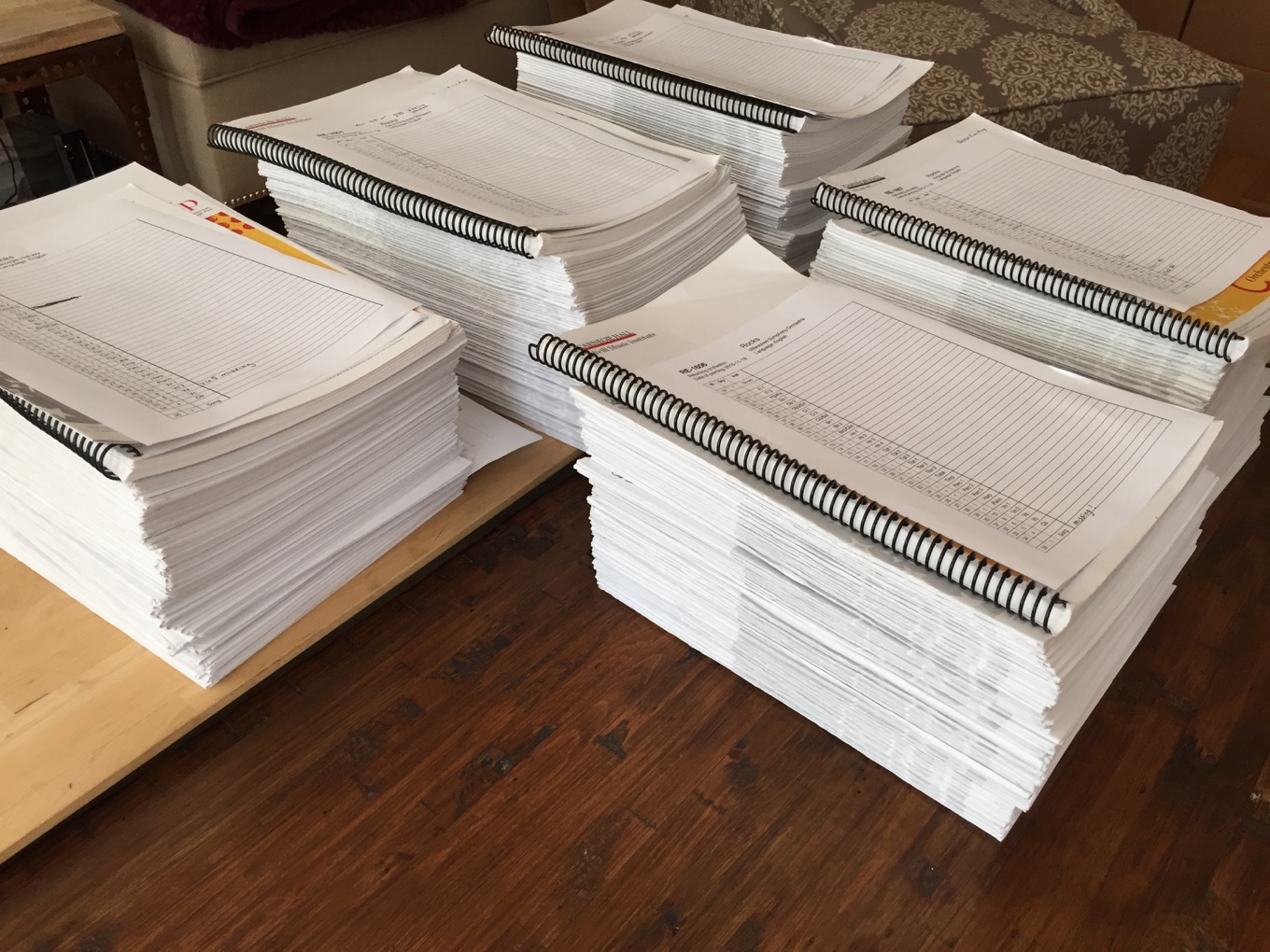 Sometimes between seasons, adjustments are made to the shows based on feedback from orchestras. In this case, for the 2016-17 season we had to unbind the score to The Orchestra Rocks, insert several new pages, and re-bind it. Parts were similarly adjusted. 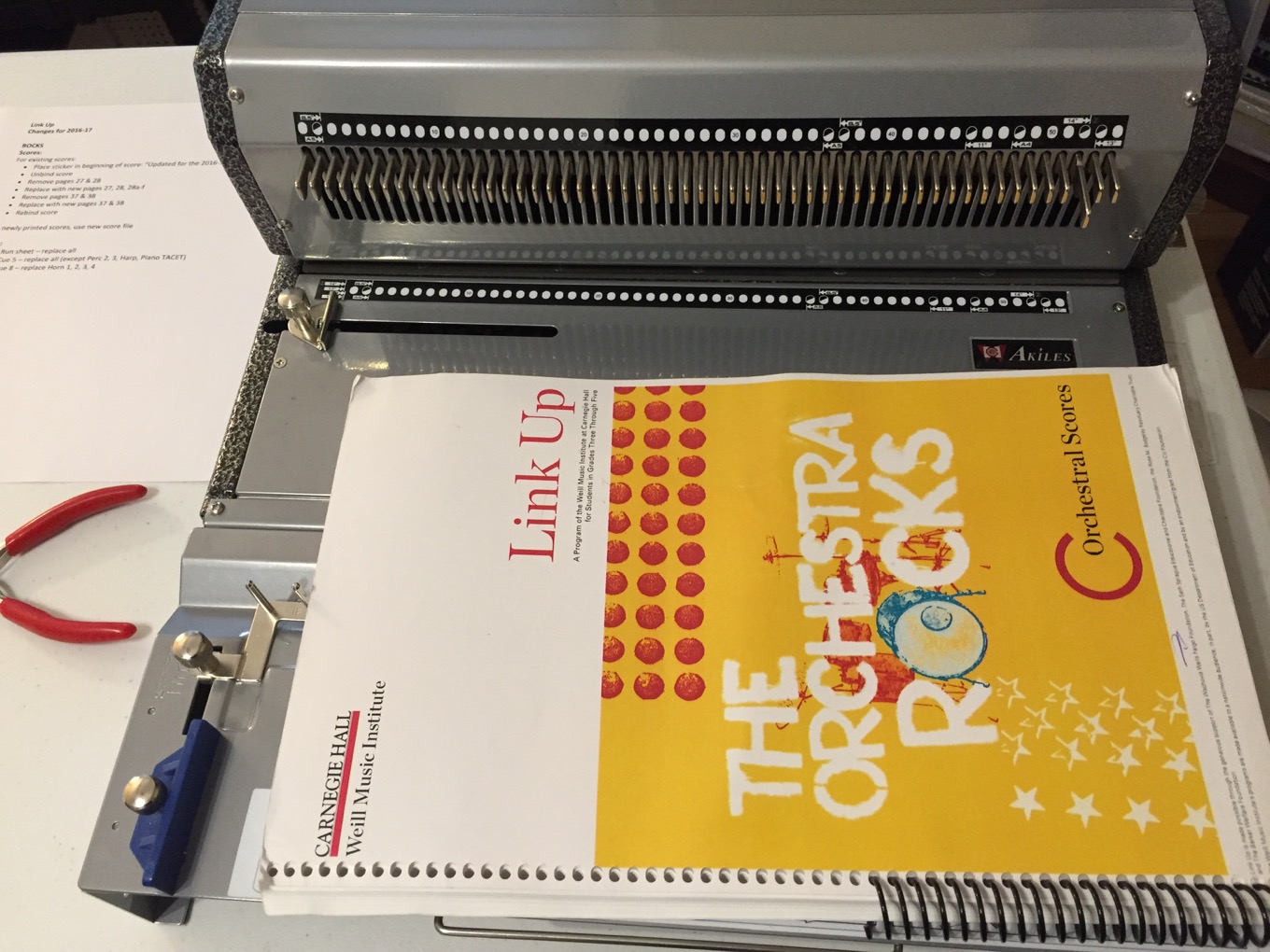 Once all that’s done, the music is ready to be boxed up anew. 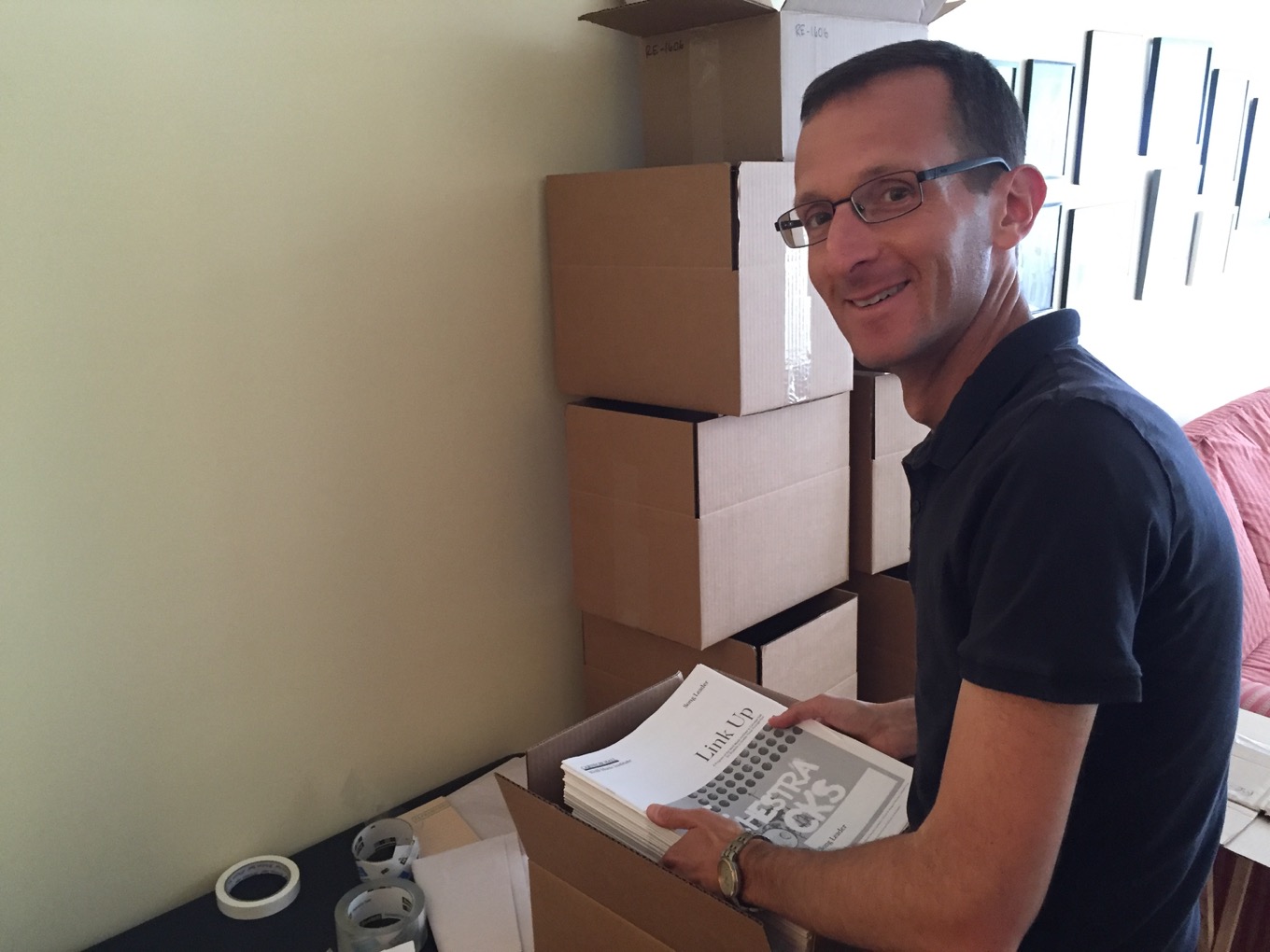 It gets marked “OK to Ship” in our database which catalogs every set, orchestra, and shipping record. 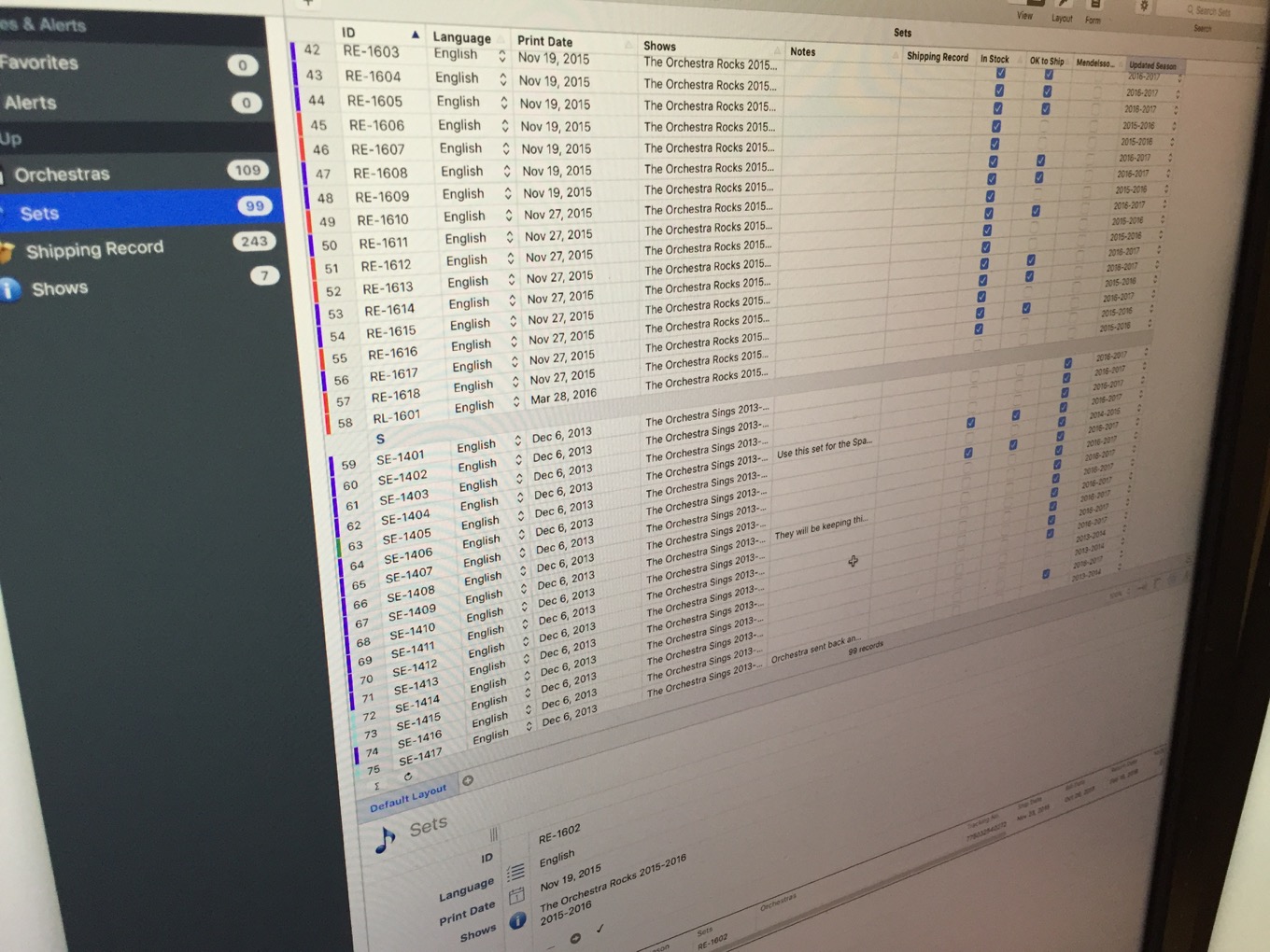 And then it’s just a matter of waiting for FedEx to come and whisk away the music to orchestras around the world! But first, a moment of relaxation and pride for a job well done, with gratitude for being a part of such a worthwhile musical and educational endeavor. 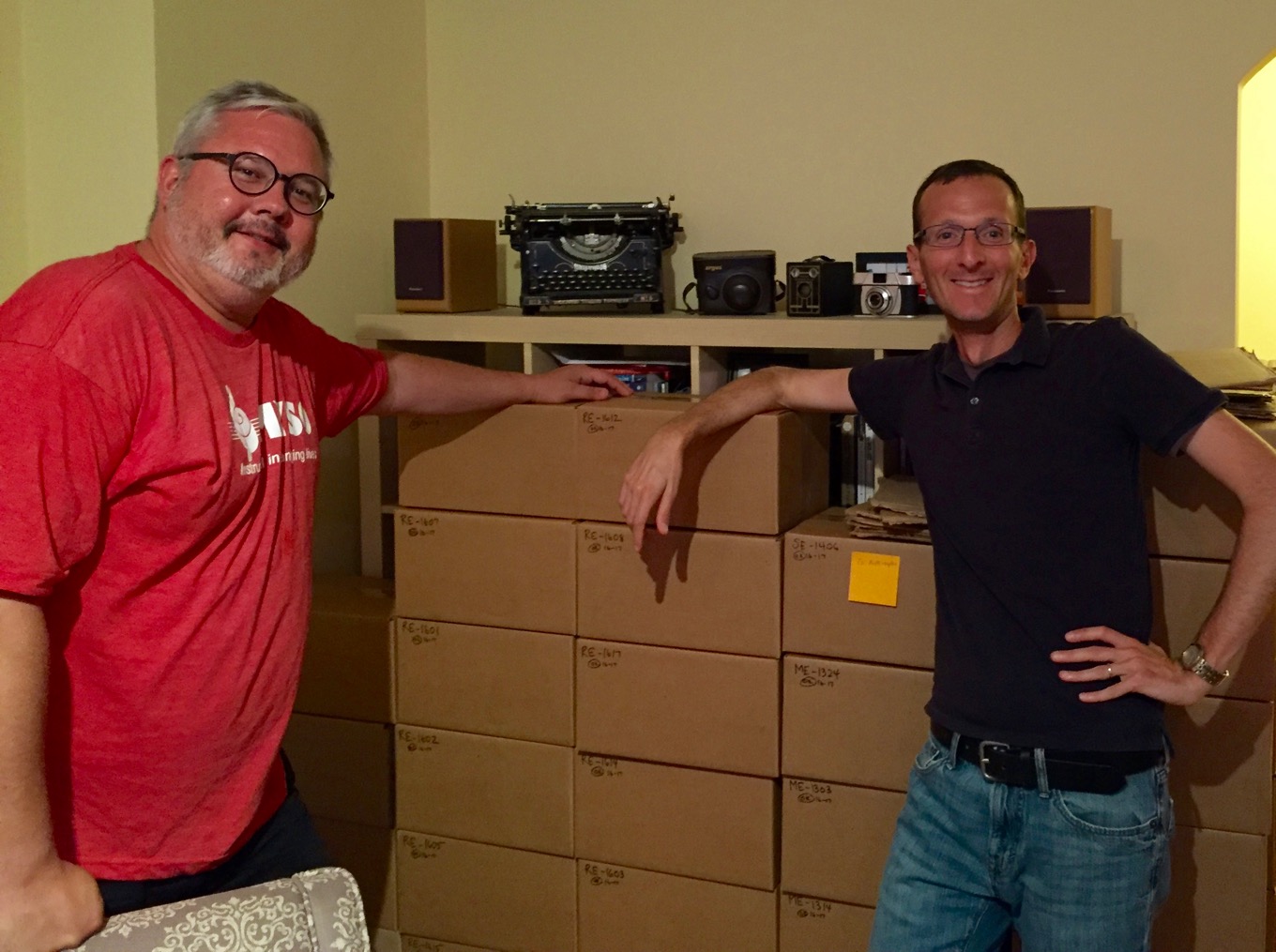 Have you ever read Elaine Gould's Behind Bars and wished that you could ask her anything about music notation? You...

Going behind the scenes in a new video from Steinberg's Dorico program, what's cooking for MuseScore 3.0, and learning more...