2015: A year in review - Scoring Notes
Skip to content 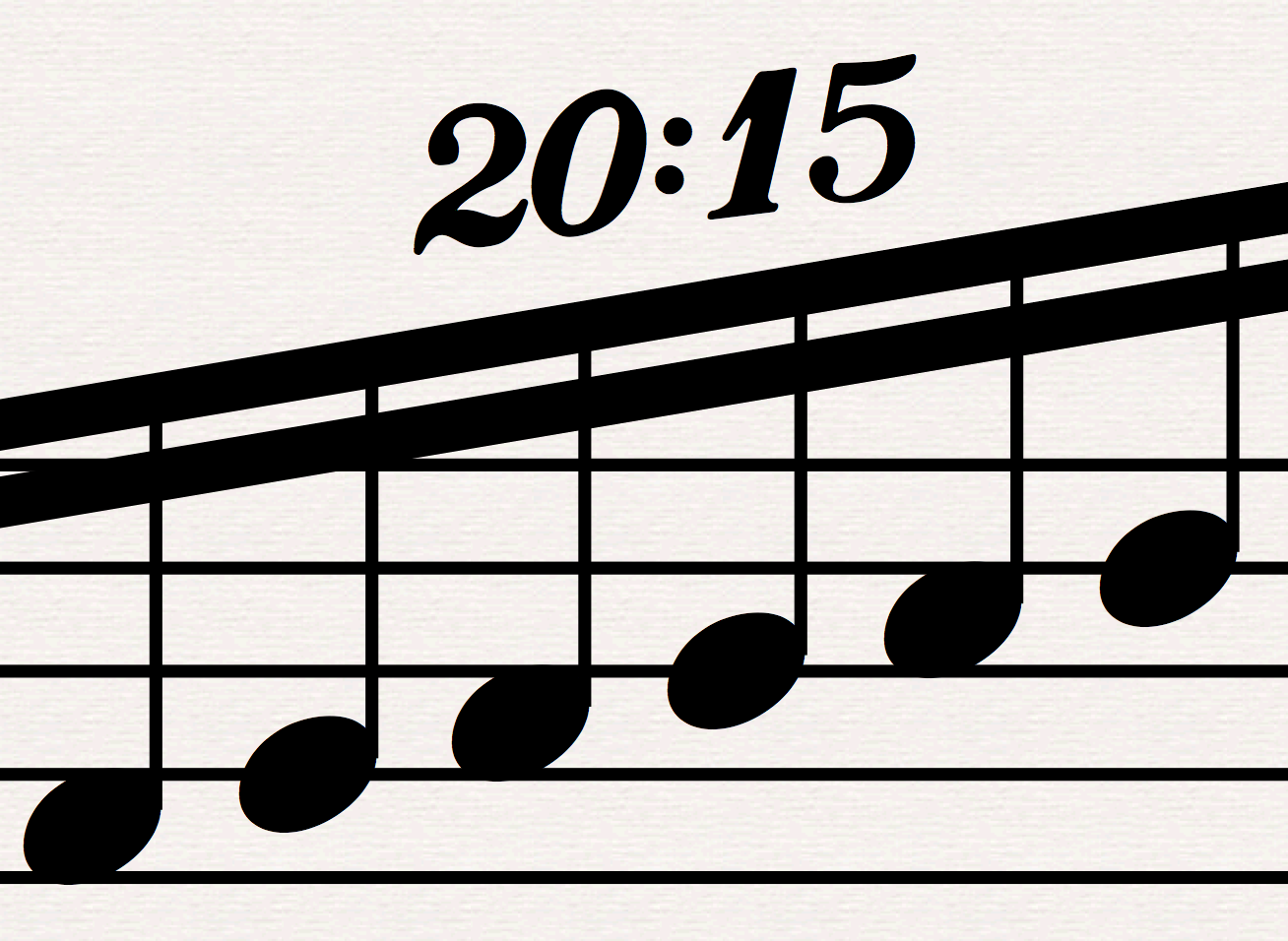 It’s hard to believe that another year has come and gone — indeed, with the weather in my home of New York feeling more summery than wintry, the only indication around here that it’s the end of December is the archive of blog posts from the past twelve months.

The steady diet of news, interviews, tips, tutorials and more is surely healthier than the usual fare offered this time of year. So don’t be shy; whether it’s the first time you’re reading these articles or you’re coming back for seconds, enjoy the feast.

A special thanks to all readers, contributors, supporters, and subscribers to the blog this year. Also, be sure to read Bob Zawalich’s year-in-review for Sibelius plug-ins. Looking forward to 2016!

MakeMusic and Steinberg transfer development of MusicXML and SMuFL to web community group. MakeMusic and Steinberg announced that they will be transferring development of their respective standard formats of MusicXML and SMuFL to the new Music Notation Community Group at the World Wide Web Consortium (W3C), and subsequently announced short-term and long-term projects.

MakeMusic acquires Weezic; web-based SmartMusic planned. MakeMusic, the company that makes Finale and SmartMusic, acquired Paris-based startup Weezic over the summer, in order to incorporate its web-based interactive learning music software into the SmartMusic product line, and to open a European outpost.

Next Sibelius release to feature UI updates, new licensing options. Avid moved to a subscription-based licensing plan in 2015 and announced plans for Sibelius 8 at that time.

An interview with Ben Finn, co-founder of Sibelius [Part 1 of 2]. In part 1 of a two-part interview, Sibelius co-founder Ben Finn speaks to us about the early days of Sibelius, evolving the software, and growing the company into the market leader.

An interview with Ben Finn, co-founder of Sibelius [Part 2 of 2]. In part 2, Ben Finn speaks to us about selling Sibelius to Avid, events after the sale, marketplace developments, and the state of the field today.

Following up with Gear Fisher, MakeMusic CEO. More than a year after taking the helm of MakeMusic, and shortly after its latest software release of Finale 2014.5, I caught up with CEO Gear Fisher about the company’s products, its progress, and future.

StaffPad is a music handwriting app that’s real — and it’s spectacular. This comprehensive review of StaffPad, the breakthrough music notation app for Windows tablets, broke all records for single-day blog traffic and continues to be the blog’s most popular post some nine months later.

Sibelius 8 is here: The new Sibelius looks a lot like the old one. The “new” Sibelius became available in June alongside new perpetual and subscription license plans. The version number is Sibelius 8.0, but how does it compare to major releases of years past, and should you upgrade? Also see: Sibelius 8.0.1 update available.

Finale 2014.5 released. Falling somewhere in between an upgrade and an update, the latest iteration of Finale was released in November with a slew of bug fixes, interface changes, a few new features — and some promised performance improvements that are worth exploring for a closer look.

NotePerformer 1.5 and NotateMe 3. The latest updates to the NotePerformer playback product and the NotateMe handwriting app were covered in this joint post from June.

Mastering MuseScore, the user-friendly guide to MuseScore. A new guidebook for MuseScore is a thorough and logically written reference for those using the notation software for the first time or for those seeking to expand their knowledge.

MuseScore 2.0 released. Included in the interview with Thomas Bonte was an overview of MuseScore 2.0’s new features, as answered by CTO Nicolas Froment.

A 37-key addition to the Xkey MIDI keyboard family. Hands-on with the Xkey 37, an excellent addition to CME’s lineup of slim, portable, and sophisticated MIDI keyboards that work well with music software on tablets and PCs.

Working with instrument names in Sibelius. If instrument names don’t appear correctly in the score, how will anyone know what to play? Learn how to get those items to look just right by reading this series of helpful tips.

Reduce file size by pruning unneeded versions and parts. Sibelius files are typically compact. If your files are growing undesirably large, here are a couple of common causes and remedies.

Use the Bravura font in Logic Pro X. A little-noticed update to Logic Pro X 10.1 allows for the use of Bravura in the sequencer’s notation view.

On the margins: Headers, footers, and footnotes in Sibelius. An important part of printed music is the text that doesn’t appear within the staff lines at all, but rather three types of text you’re likely to encounter on the margins of the page.

All keyed up: Going keyless in your score. A brief set of tips on when, why and how to use open key signatures as opposed to C major, in Sibelius, Finale, and MuseScore.

All keyed up: Keyless instruments in a keyed score. Along with a bit of history behind the convention, the how and why to use and create instruments that don’t display a key signature in Sibelius, Finale, and MuseScore.

Laissez (les bon temps) vibrer. Let the good times roll with these tips on how to more easily place laissez vibrer symbols in Sibelius and Finale.

Print and make PDFs using Sibelius’s view options. Sibelius gives you the ability to highlight passages of your music, make comments, and, in Sibelius 8, draw freehand annotations. But what if you want to share those markings with non-Sibelius users? Here’s how.

A matter of status. Yes, the lowly status bar in Sibelius is more useful than it first appears, and it’s time it gets its due. Learn a few things it’s capable of that you may not have known about.

There It Is! A plug-in designed to aid blind and vision-impaired people in navigating Sibelius can be helpful to sighted users too.

Change symbols to articulations with Sibelius plug-in. Ever wish you could convert a whole lot of free-floating symbols to smarter articulations in Sibelius? Now you can, thanks to a handy plug-in that makes the task easy and fast.

New plug-ins: Save and Export and Save With Previous Version. Save a Sibelius file as both the current version and an earlier version of the software, along with PDF and MusicXML formats, in just one step by using these new plug-ins from Bob Zawalich.

Using the Style Sheet plug-in in Sibelius. The new Style Sheet plug-in is an advanced way to display which text styles, line styles, symbols, and notehead styles are being used in a score. Its creator Bob Zawalich gives us an in-depth tutorial on how to take full advantage of its power.

Create a centered group name in Sibelius. In Sibelius it’s technically impossible to center a group name between two staves and also individually name each staff. Here’s a clever workaround to the problem, along with a video tutorial explaining the concept.

Get Started Fast with Sibelius for Educators video tutorials. An eight-part video tutorial series is designed to help teachers understand and learn some of the many educational features in Sibelius.

As another year comes to a close, it's time once again to reflect on the past year on Scoring Notes...