2014: A year in review - Scoring Notes
Skip to content 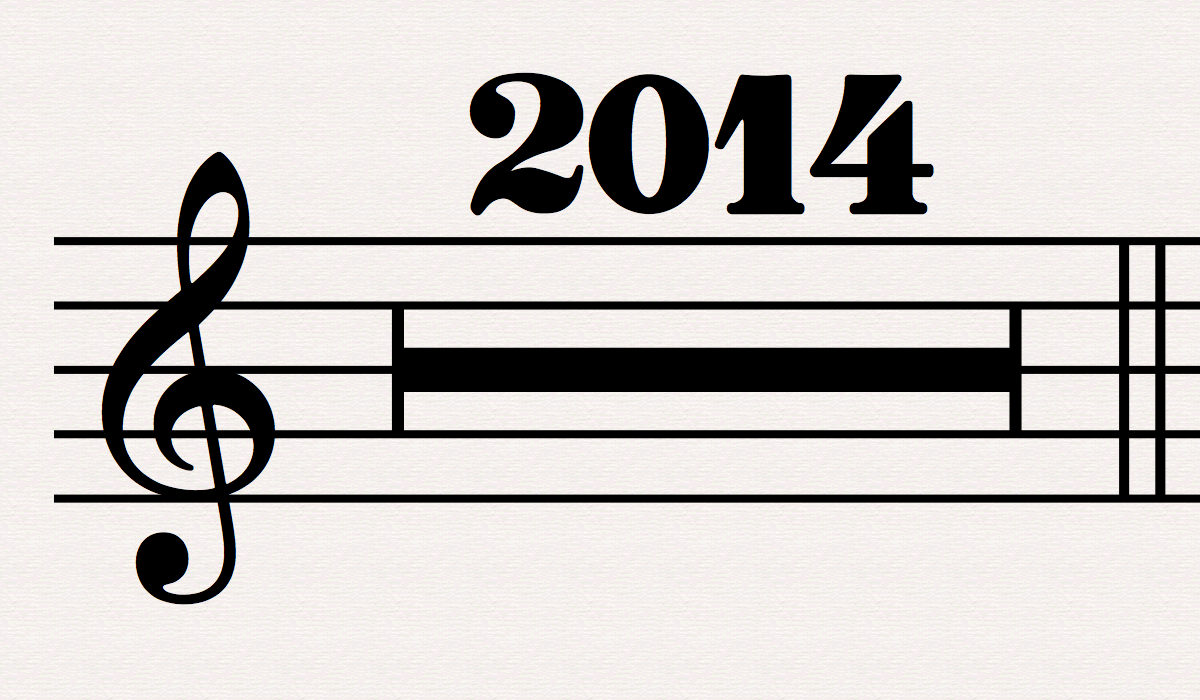 The end of the year and the holiday season can be a terrific time to reflect, relax, and rejuvenate. What better way to do all three than to catch up on your Sibelius Blog reading? Here are some of the most popular or interesting posts from the past year.

Sibelius 7.5 announced. This in-depth review of Sibelius 7.5 walks you through all of its new features, including the areas of navigation, performance, playback, sharing, and social media.

Sibelius 7.5 released. Upon Sibelius 7.5’s release, we cover some lingering issues or caveats with the initial update: some remain, but some were fixed in…

Sibelius 7.5.1 update released with many improvements. The July 2014 maintenance update is the most current version, and brought with it many important bug fixes and improvements.

Get Started Fast series for Sibelius 7.5. In this five-part video tutorial series that I created for Avid, you can learn the basics of the software (and experienced users might discover a thing or two as well).

Cracking Sibelius’s color code. Ever wonder why some objects in Sibelius are colored dark blue when you select them, and others are colored light blue, or other colors? Here’s how to decode the mystery.

Working correctly with slurs and ties. Learn about the differences between slurs and ties, and use a couple of convenient plug-ins to convert any ties incorrectly entered as slurs and to extend slurs through the end of tied notes.

Move notes up or down chromatically by using this one little trick. Really.

MOLA presentation: a comparison of Finale and Sibelius. A guide to the advantages of using one program or the other, as presented to the annual conference of orchestra librarians.

Create lead sheets in “The Real Book” style. A step-by-step tutorial on how to hide clefs, key signatures, and adjust other settings to get the look you want, in both programs.

Swap the contents of two staves. Both programs have free, downloadable plug-ins to automate this otherwise tedious task.

Manually adjust staves and systems. Have a look at this new video tutorial on how to independently move a staff or a system without affecting other staves on the same page, in your Sibelius and Finale scores.

Making Finale’s output look more like Sibelius (and vice versa). Trying to achieve a Sibelius look in Finale? Here are a few pointers.

Understanding octave-transposing clefs in Sibelius. A guide to how and why octave-up and octave-down clefs relate to the position of the music on the staff, and how Sibelius is different than Finale in this way.

Leland Smith, creator of the SCORE music typography system, dies at 88. Coming late in 2013, the news of Leland Smith’s death was reported here, with reminiscences from engravers Bill Holab and Thomas Brodhead.

Sam Butler named as new product manager for Sibelius. With 2013 being a year of transition and uncertainty about Sibelius’s future, the community welcomed the news that Sibelius veteran Sam Butler was named to head up product management in January 2014.

Avid Everywhere and the possible future direction of Sibelius. In a discussion with marketing manager Andrew Wild, we get a glimpse of how Sibelius might align with Avid’s corporate vision for the future.

Catch me if you can: UK man sentenced to 20 months in prison for defrauding music professionals. In what is surely one of the most bizarre schemes concocted in the esoteric field of music preparation and orchestration, a man invented multiple aliases and impersonated real professionals over several years, working on critically acclaimed theatrical productions, films, and recording projects, before finally being apprehended and convicted of his crimes.

MakeMusic joins Peaksware; HQ to move to Colorado. MakeMusic, the makers of Finale, was acquired by a private equity company and became part of Colorado-based Peaksware in August…

Finale 2014d and beyond: a discussion with MakeMusic. …and we followed up several months later with the company’s CEO and two key employees for a wide-ranging discussion on the company’s upcoming move, and philosophy, and strategy for future product development.

Norfolk, the free Sibelius-compatible version of the Bravura music font. A very exciting development for 2014 was our September announcement own development of the Norfolk font for Sibelius, along with subsequent updates in October and December.

How I upgraded my music workstation and lived to tell about it. A detailed recollection of how I brought my workstation into the modern era, with notes and instructions on how to migrate hardware, software and peripherals.

NotateMe 2 is released. The popular music handwriting app for mobile devices saw a number of improvements. We also took a look at using NotateMe with built-in PhotoScore technology.

Hands-on with the Xkey MIDI keyboard and with the AirTurn BT-105. These two separate product reviews can help you decide whether any new gadgets are in your future.

2014 holiday shopping guide, Sibelius blog style. Whether you’re buying for yourself or a like-minded music and technology enthusiast, it’s not too late to get the lowdown on some products that see regular use around here, and join in the last-minute shopping frenzy.

Wow — what a year it’s been, and in the middle of all of it we even brushed up appearances around the blog to make it easier for you to find all your favorite posts, in case it’s not listed here. Thank you for reading and for making the blog a lively place to learn and exchange the latest information about our field.

Pouring the egg nog? Make mine a double, and have a wonderful holiday season!

If you are thinking about finally upgrading to Sibelius 7.5 from Sibelius 6, whether it's from desire or necessity, you'll...